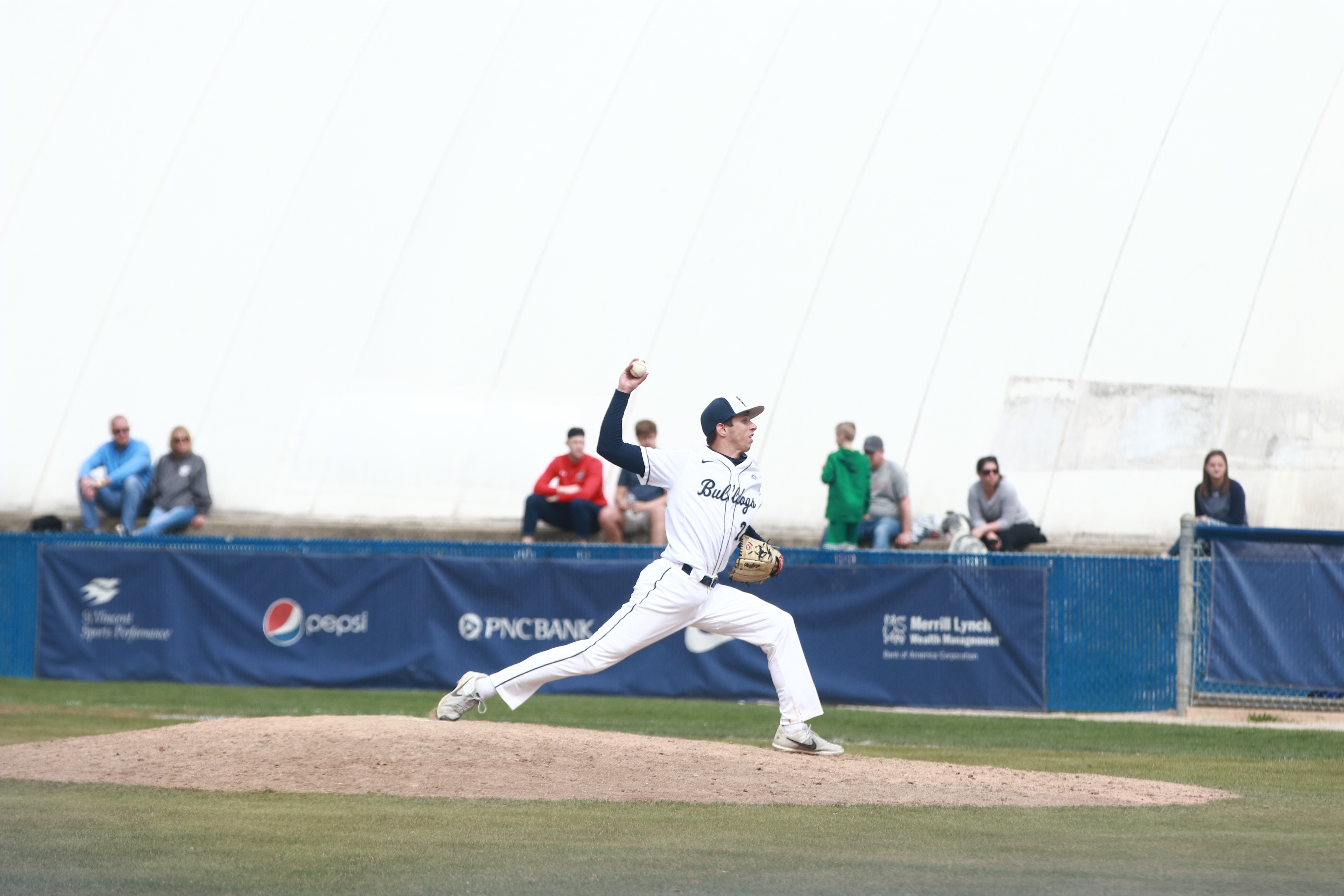 Alex Voss on the mound for Butler. The Bulldogs went 0-2 against Xavier. Jimmy Lafakis/Collegian file photo.

Butler baseball came into Cincinnati looking to topple the Big East leaders in Xavier. After two come-from-behind wins for the Musketeers, Butler falls to the Big East cellar with a 2-6 conference record.

In game one of the series on April 18, it was Butler that jumped out to the early 5-0 lead after a solo home run from catcher Zach Parker in the sixth inning.

The Bulldogs built that lead through stellar play from their ace, Ryan Pepiot. The junior right-hander threw six shutout innings with a career-high 13 strikeouts. He only gave up four hits in those innings of work.

Unfortunately for Butler, the bullpen could not keep up the good work of its starter. Xavier scratched across four runs in the seventh and another run in the eighth to tie game heading into the ninth.

The Bulldogs were shut down in the ninth and Xavier walked it off in the bottom of the frame to take the first game of the weekend series. Kyle Smith had three hits on the night.

Game two of the series would carry over all of the excitement from Thursday’s game. Once again, it was Butler who struck first with a solo home run from Harrison Freed, his 13th of the year.

Xavier stormed back, though, scoring two runs in the bottom of the first and four in the second to take a 6-1 lead through two innings.

Butler responded with three runs in the third and four runs in the fourth, highlighted by James Gargano’s two-run shot to give Butler the 8-7 lead after a wild first four innings.

In typical shootout fashion, Xavier returned the favor with five runs of their own in the bottom of the fifth, giving the Musketeers the 12-8 lead after just five innings of play.

Pitchers on both sides would settle in, though, as Xavier would tack on just one more run to win the game 13-8 and take the series.

The second game of the doubleheader was pushed back to Saturday and later cancelled due to inclement weather. Butler drops to an even 18-18 with the loss.

The Bulldogs return home this week with a pair of matchups with Northern Kentucky on April 23 and IU-Kokomo on the 24th.