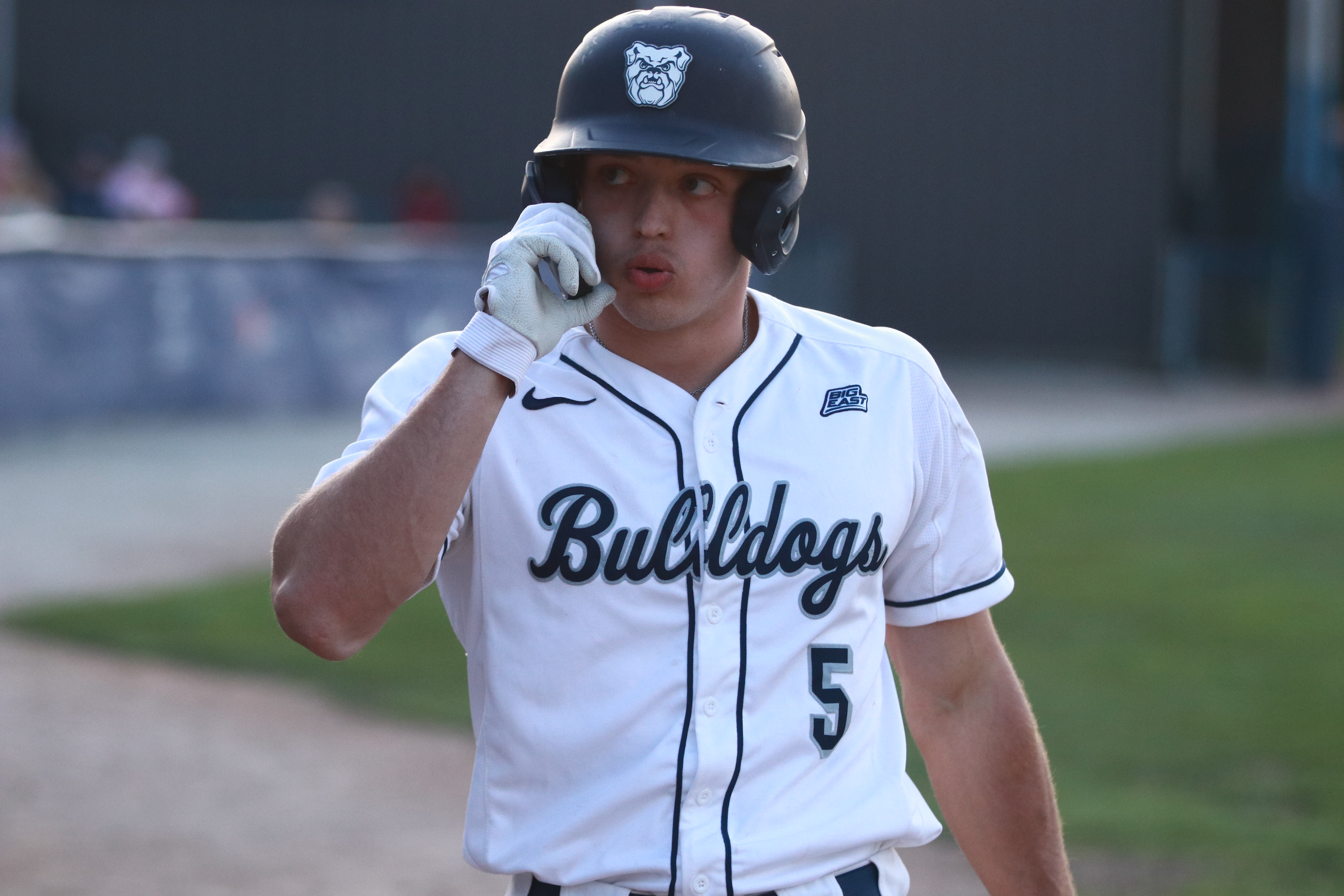 Robbie McCargar in action during a game. McCarger drove in two of Butler’s three runs in the loss. Jimmy Lafakis/Collegian file photo.

Airing on FS1, Butler baseball had a prime opportunity to earn a big time win on the road against a Big Ten opponent in Purdue on April 16.

The Bulldogs and the Boilermakers were tied heading into the bottom of the eighth, but Purdue scored two runs in the frame to put them ahead, 5-3. They would go on to win by the same score.

Designated hitter Robbie McCargar had a game to remember, with two hits while driving in two of Butler’s three RBIs on the night.

McCargar doubled in the first inning, then notched an RBI sac fly in the third to tie the game at one run apiece. Later in the fifth, he would slap an RBI single to give Butler its first lead of the game, 3-2.

Purdue would scratch two runs off of reliever Alex Voss in the eighth inning to take home the victory.

The Bulldogs drop to 18-16 on the year with the loss and a road series looming with Xavier. The series will begin on April 18, with first pitch at 3 p.m. from Cincinnati. Game one of the series is set to air on the Big East Digital Network.