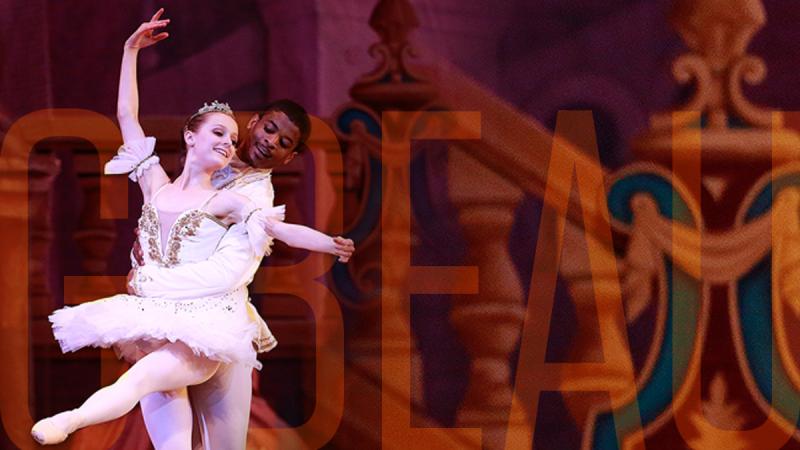 Students are preparing for the spring performance of “Sleeping Beauty” in Clowes Hall. Photo courtesy of the Butler University website.

This weekend, the nationally-ranked Butler Ballet will present their spring production, “Sleeping Beauty.” The dancers will tell the popular story through character roles and dance.

“Sleeping Beauty” is one of the most popular and critically acclaimed ballets in history. The costumes, sets, music and character roles help tell the story and bring the ballet to life on stage. The dancers will be accompanied by the Butler Symphony Orchestra under the direction of Richard Auldon Clark.

“Sleeping Beauty” is the third major production that the ballet program has put on this year. Last year, the program presented “Cinderella” for the spring production. This year, dancers said they are excited to put on the older ballet, “Sleeping Beauty.”

Dance pedagogy major Nathaniel Tyson is playing the character role of Catalbutte. He said the grand ballet is different from the other eight big-name ballets he has performed in.

“It is very different because of how the choreography is approached,” Tyson said. “The goal of ‘Sleeping Beauty’ is to get back to the Louis XIV era. That is why it is so grand and royal and has such a regal and magnificent feeling.”

Tyson’s role as the Catalbutte is to help convey the ballet to audiences.

“I have an opportunity to tell the story that happens in the ballet,” Tyson said. “I am really excited to have that role and help tell the magical story of ‘Sleeping Beauty.”

Butler graduate James Cramer is playing the role of King Florestan, Aurora’s father. This Clowes employee has been in more than two dozen productions at Butler, returning to play character parts in various productions.

“I am most excited for the audience and getting to entertain people,” Cramer said. “We work this hard in the studio and all of the rehearsals and it is all about being able to share that with other people.”

Ciara Cicalese, an arts administration major, has two roles in this production. She is the nurse and the lady-in-waiting. Both roles help create the scenes in the production. Cicalese said she is most excited for the choreography this year because of how different it is from previous productions.

“The dancing that I get to do is not big showy dancing but court dancing and a little bit of folk dancing,” she said. “Because this is a court scene, you cannot be as free as other ballets and here you have to remember to still keep the stage alive.”

Like Cramer, Cicalese said she is most excited to finally perform in front of an audience and see their reaction.

“I have never performed this ballet before, and thinking about the costumes and the era that we are portraying on stage, I am curious to how the audiences are going to react to the historical element of the ballet,” she said.

“Sleeping Beauty” will take place this Friday and Saturday at 7:30 p.m. and this Sunday at 2 p.m. The tickets for students, children and senior citizens range from $20 to $26. Standard adult tickets range from $25 to $32.

Butler Ballet is also inviting the public to a tea party for a meet and greet session with the cast. The tea party will take place from 1 to 3 p.m. prior to Saturday’s performance. Tickets are $15 for children 12 and under and $20 for adults.