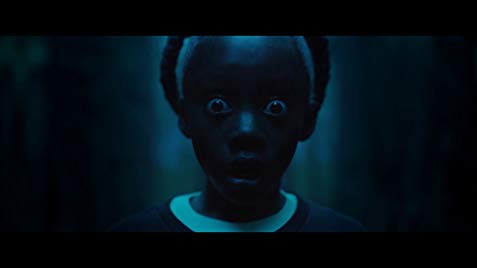 Jordan Peele’s “Get Out” was not only the most profitable film of 2017, but one of the most widely-discussed for its commentary on America’s history of slavery and racism. Peele’s message on these issues, through a carefully-constructed story laden with symbolism and recurring motifs, is powerfully and clearly communicated.

The direction and storytelling in “Get Out” are among the most masterful exhibited by a recent directorial debut, and set a new standard for contemporary horror. As a result, many people — myself included —  had high expectations and levels of excitement for his second film.

Last weekend, “Us” had the highest opening weekend for an original horror film ever. Peele’s second movie is receiving a positive response on par with “Get Out,” which is the highest rated movie on the popular review aggregator Rotten Tomatoes. Like anyone else that saw “Us,” I meticulously analyzed the organized chaos Peele fed to my eyes for 2 hours. It ultimately led to my conclusion that the two films are unique to each other with some similar narrative beats.

“Get Out” jumps into metaphor not even 5 minutes into its 104-minute runtime, beginning with Childish Gambino’s “Redbone” spinning on a record player. The song urges viewers to “stay woke,” a resonant plea to maintain social and political awareness for an audience with only a month of distance from a polarizing presidential election.

Additionally, the song addresses paranoia, which is in line with the ideas “Get Out” explores. A story about a black man visiting his white girlfriend’s family for the first time, only to realize they sell the bodies of black people to wealthy bidders seeking to transfer their brains into their biologically-superior bodies, is a narrative only strengthened with lyrics that ask the listener not to “close [their] eyes” to imminent threat.

“Us” is coming out in a familiar social climate, but one that I believe is better-informed and active as a whole about social issues and public discourse on these issues.

The current border crisis has caused widespread debate from groups ranging from college students to politicians. The plot of “Us” touches on this, as well as on the materialistic, consumerist lifestyle Americans so love.

Even the title of the film may be interpreted as a play on words, referring to both the plural pronoun “us” and the United States abbreviation “U.S.”.

“Get Out” and “Us” make for strong rewatch value. While the former comments on the persistence of racism in unlikely places, the latter specializes in philosophical twists. It can be interpreted within the context of the current political climate, but is more powerful when looked at as personal judgement.

The act of rewatching “Us” requires much more attention to the actions and behaviors of the characters, as opposed to the motifs and dialogue that allude to the subtext in “Get Out.” “Us” uses imagery and direction to tell most of its story, while “Get Out” had an academy award-winning screenplay.

The screenplay succeeded in balancing tones of humor as its suspenseful plot unfolded with elements of terror and uncertainty. “Us” is similar in that there are the comedic beats in the midst of the chaos, but they oftentimes felt out of place with the visually-focused narrative. Some worked, but “Get Out” executed this tonal balance better.

Where “Us” excels is in its suspenseful visual narrative that parallels the feeling of Stanley Kubrick’s direction in “The Shining.” Peele’s wardrobe selection in a recent interview is indicative of Kubrick’s classic having influence on him. Both of these films offer different levels of ambiguity in the events that transpired.

The entire runtime of “The Shining” has interpretations that have polarized cinema theorists, while “Us” has a more straightforward premise and storyline that leaves room for debate certain elements after the final few shots are seen. There is nearly four decades of debate and analysis about Kubrick’s horror masterpiece. “Us” has enough material for viewers to breakdown and interpret through the rest of 2019 and beyond.

“Us” is not the cultural event or lightning in a bottle that “Get Out” was recognized as, but it is certainly the more ambitious project and worthy of the praise it is receiving on multiple fronts. Peele’s direction, the Michael Abels score — only his second ever with his first being “Get Out” — and the versatile performance from lead actress Lupita Nyong’o make for a piece that addresses social questions of class and status in tandem with a more psychological commentary on mental illness. Through all this, the film taps into the fear of seeing the most horrific version of oneself come to life.