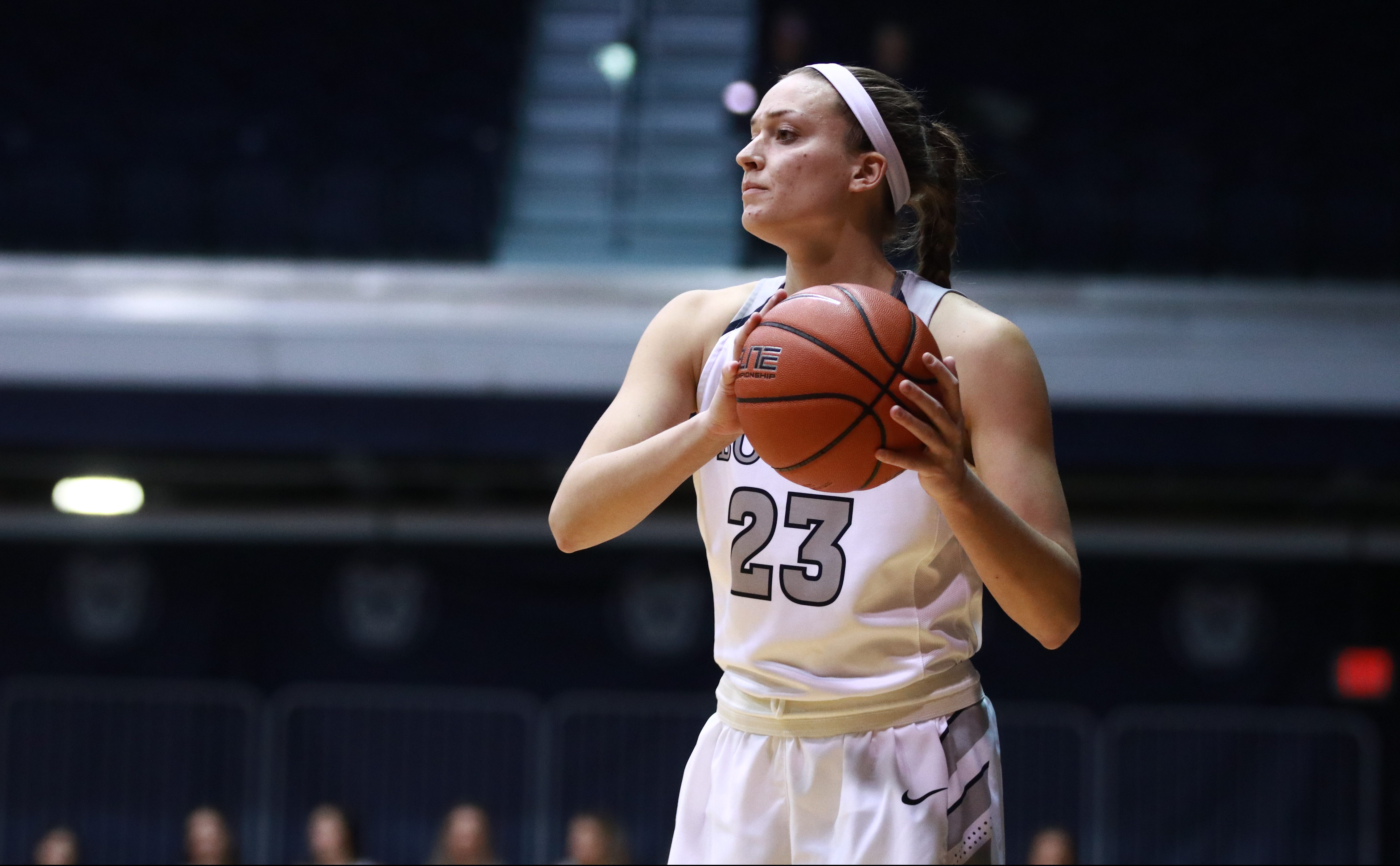 Shae Brey looks for an open pass during Butler’s 72-42 loss to Georgetown on March 1. Brey scored seven points in the contest. Photo by Jimmy Lafakis.

The Butler women’s basketball team fell to Georgetown by 30 points, 72-42, at Hinkle Fieldhouse on March 1. The Bulldogs lost back-to-back games  for the first time since late January, when they were defeated at home by Marquette and DePaul.

In a game in which no one reached double-digits for the Bulldogs, Whitney Jennings and Kristen Spolyar combined for 5-of-29 from the field, with Butler shooting just 29.4% from the field as a team. Shae Brey had seven points, her second game in a row with as many. Michelle Weaver added six points.

Butler will end the regular season on March 3 with a home game versus Villanova, the team currently a spot below Butler in the Big East standings with a 9-8 conference record.

The Bulldogs defeated the Wildcats 63-55 their last meeting — which was also Butler’s first Big East game — on Dec. 29. The game tips off at 2 p.m. on the Big East Digital Network.