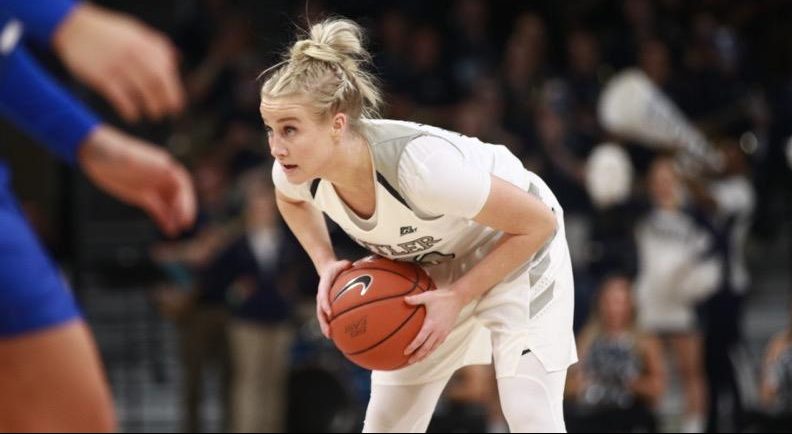 In a game that could decide its NCAA Tournament fate, the Butler women’s basketball team lost to Creighton in the quarterfinals of the Big East Tournament, 60-51.

Constantly trying to dig themselves out of a hole, the Bulldogs lost the first quarter 21-15. Butler managed to cut the lead to two as the second half rolled around, 29-27. The two teams were knotted up at 42 by the end of three frames.

Butler’s struggles started on the offensive end, as the team shot just 32.8 percent from the field and 25 percent from three. Whitney Jennings began the game hot, scoring ten points on 4-of-9 shooting, but didn’t score the rest of the game. The opposite was true for Michelle Weaver, who started off slow with three points on 1-of-4 shooting in the first half but scored eight points on 3-of-5 shooting the rest of the way.

In the first half, Tori Schickel was hounded by double-teams, which caused her to shoot just 3-of-7 from the field. She adjusted by the second-half by making crisp kick-out passes, recording three assists.

Despite the loss, head coach Kurt Godlevske believes his team is worthy of being one of the 32 at-large bids of the 64 teams in the NCAA Tournament.

“The number of wins we have is the first thing that I would argue, the amount of quality wins we have,” Godlevske said. “We’ve beaten Ohio State on a neutral court and they finished fifth in the Big Ten. We’ve got a top-15 win over Marquette. The Big East, in my opinion, does not get enough credit for the quality of teams. For us to finish third in the Big East, I think we’re very deserving of being in the [NCAA] Tournament.”

The selection committee will decide if Butler’s 21-8 overall record and 11-7 record in conference are enough. The bracket is revealed on the ESPN Selection Special on Monday, March 18 at 7 p.m.