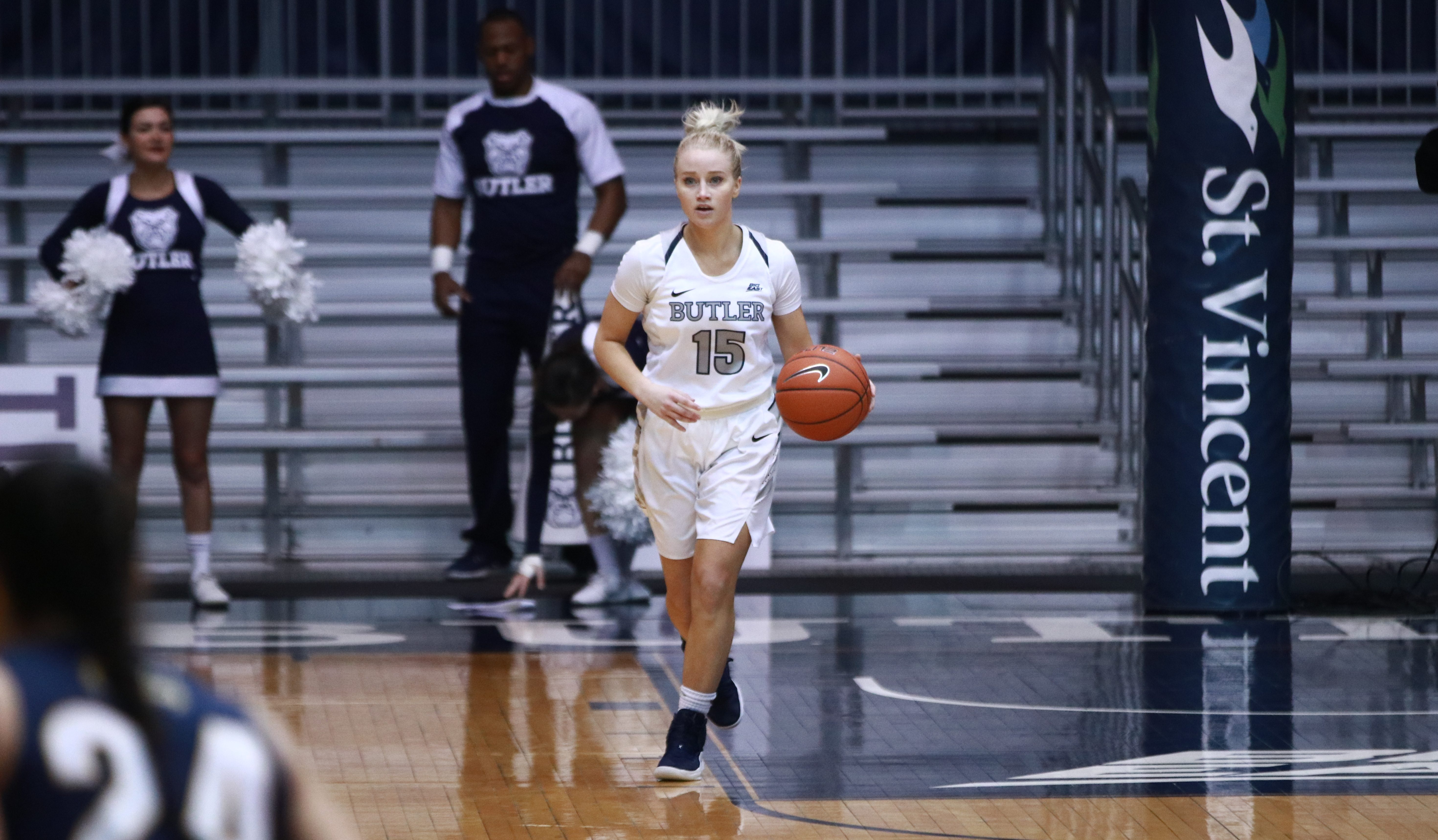 Whitney Jennings brings the ball up the court. Jennings scored 25 points in the final game of her Butler career. Jimmy Lafakis/Collegian file photo.

The Butler Women’s basketball team lost at Cincinnati in the WNIT Sweet 16 on March 28, 72-65, marking the end of its winningest season since 2009-10.

The Bearcats started and ended the game stronger than the Bulldogs. They won the first and fourth quarters, 19-10 and 24-9, respectively. Butler shot 9-of-33 combined in the first and final quarters. After the end of the third quarter, the game looked to be within Butler’s grasp, with the score 56-48 in favor of the Bulldogs. The fourth frame was lost due to a shooting draught, in which Butler scored just nine points, shooting 4-of-14 from the field.

Sam Rodgers scored 23 points for the Bearcats, on 8-0f-15 field goals, while Antoinette Miller added 20 points. Ilmar’i Thomas scored 12 points and Angel Rizor had 11 points. Nikira Goings notched five points, including the free throws that made the game two-possessions, 67-63, with 46 seconds left in the game.

Cincinnati would seal the game with a 17-4 run, thanks to 11 free throws and two 3-pointers.

Cincinnati had 10 turnovers, while Butler racked up 17. The Bearcats capitalized, to a tune of 23 points off turnovers.