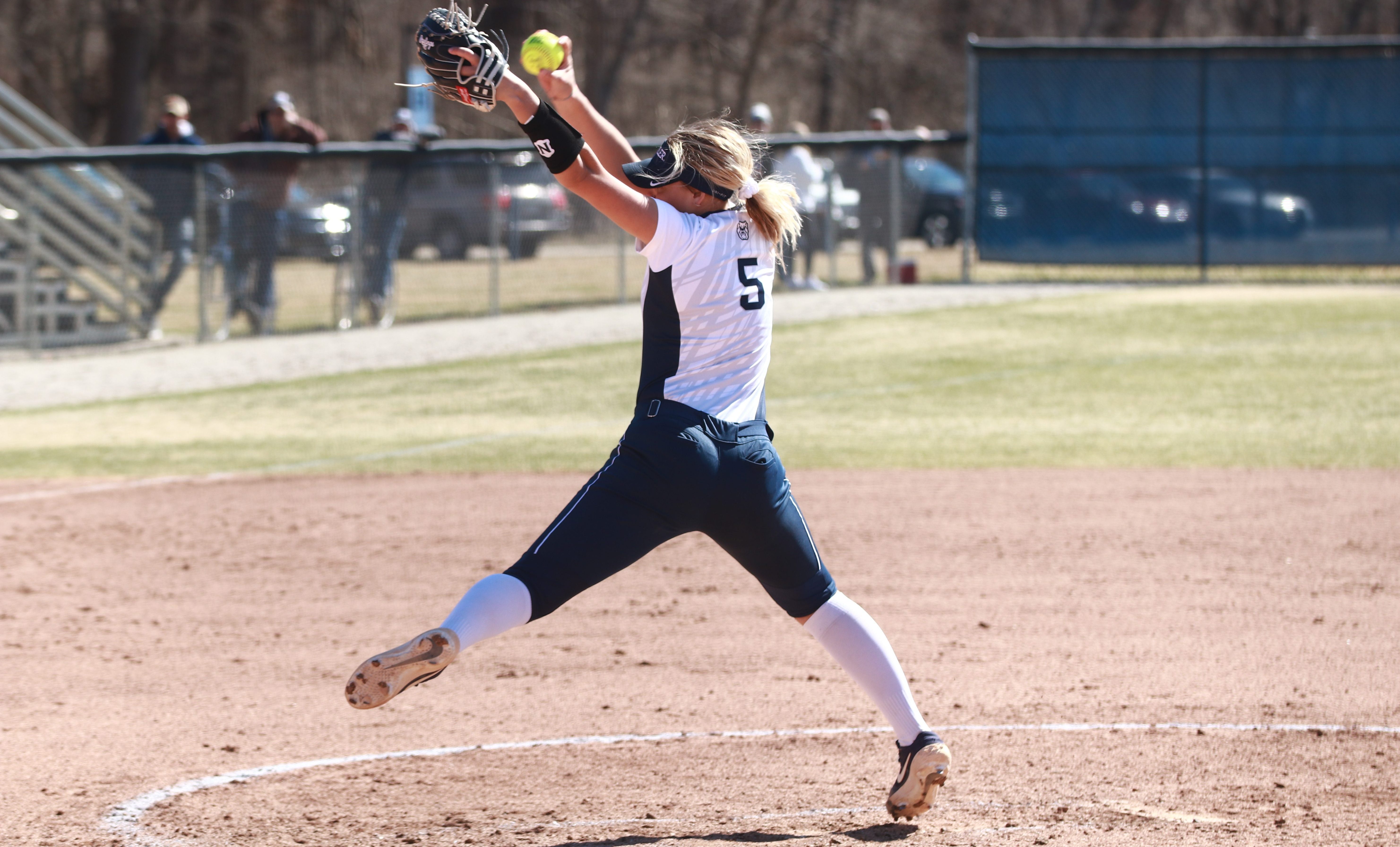 The Butler softball team moved to 11-19 on the year with a 7-1 road win over in-state foe Evansville on March 26. Kaitlin Doud and Christina Candotti both hit home runs in the win over the Purple Aces. It marked the first time that the Bulldogs hit two home runs in a single game since April 14th of last season against Providence.

After defeating Evansville 9-4 back on Feb. 9, the win was the Bulldogs’ second of the season over the Purple Aces. It marked only the second time that the Bulldogs have won back to back games this year.

Freshman Karli Ricketts threw her fifth complete game of the season for the Bulldogs. She held the Purple Aces to just a single run off six hits. Ricketts struck out eight batters.

Butler jumped on Evansville for an early 3-0 lead after one inning. Bri Avery led off the game with a bunt single and the Bulldogs scored three runs off a error by pitcher Izzy Vetter and a fielder’s choice from Doud.

Butler would add one more run in the top of the third off a sac fly from Doud. In the sixth, it was Doud notched her third RBI of the game off a lead-off home run to right field that gave Butler a 5-0 lead.

In the top of the seventh, Candotti got in on the home run hitting action with a shot to right-center off a full count. Payton Longest had the other RBI for the Bulldogs off a double back in the sixth inning.

The Bulldogs will play one more midweek game on March 27 against Illinois-Chicago before they host Villanova for their second weekend of Big East play.