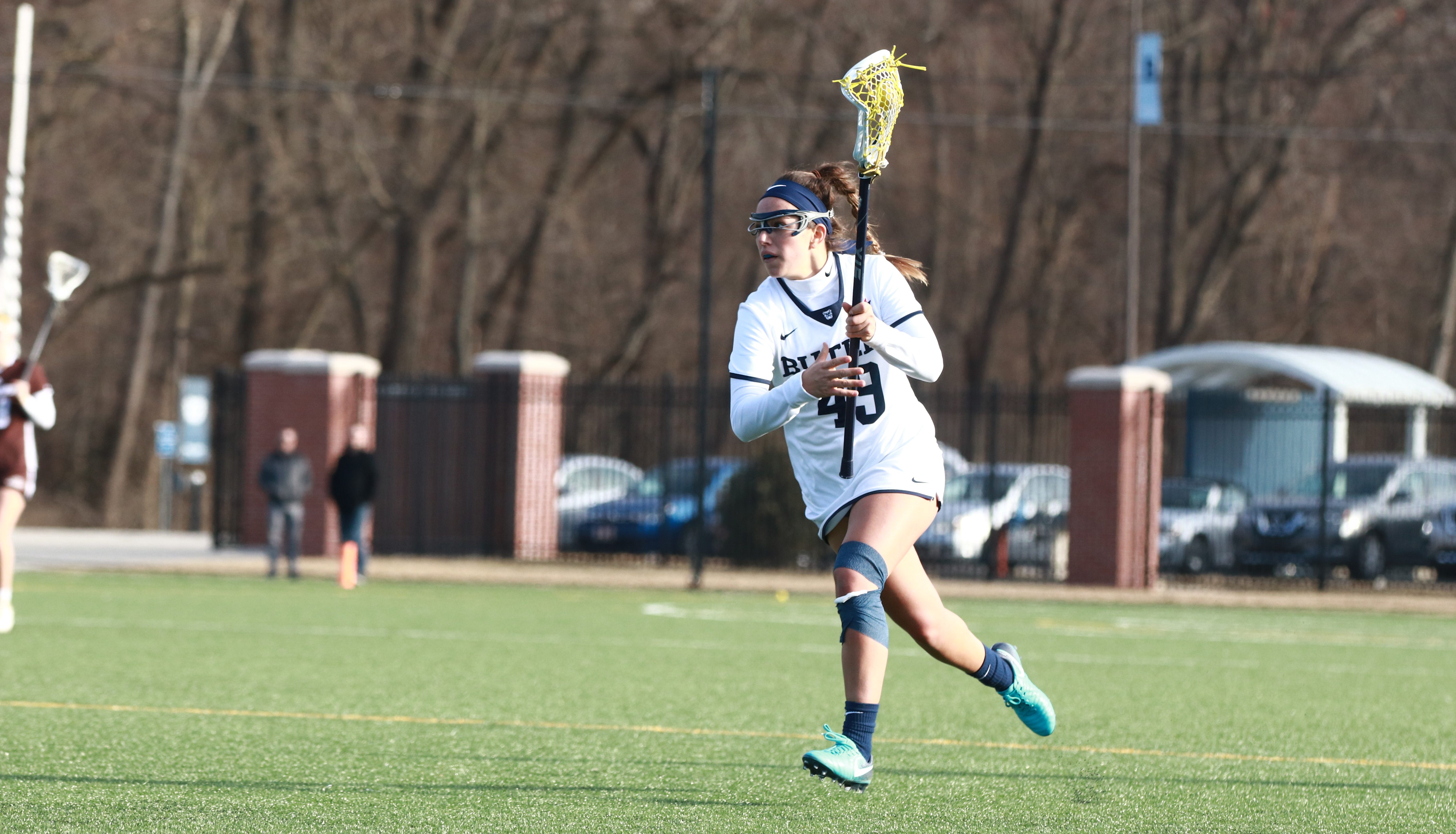 Layla Tattersfield in action against St. Bonaventure. Tattersfield and the Butler lacrosse team defeated the Bonnies 10-8 on March 1. Photo by Jimmy Lafakis.

The Butler lacrosse team beat St. Bonaventure 10-8 on March 1, winning their second game in the last three and setting a program record for wins in a season with two.

St. Bonaventure put up the first three goals of the game in the contest’s first two minutes. Butler has gone down at least 3-0 in every game this year except for their previous win over Kent State.

For the first time this season, Butler was able to bounce back from the early deficit.

Eight straight goals put the Bulldogs in the driver’s seat and were the difference in the game.

Guerra still leads the team in goals on the season with 13, but Latsko is not far behind after her four-goal game. She sits at 12.

Butler is now 2-3 on the season and hosts Louisville on March 6.