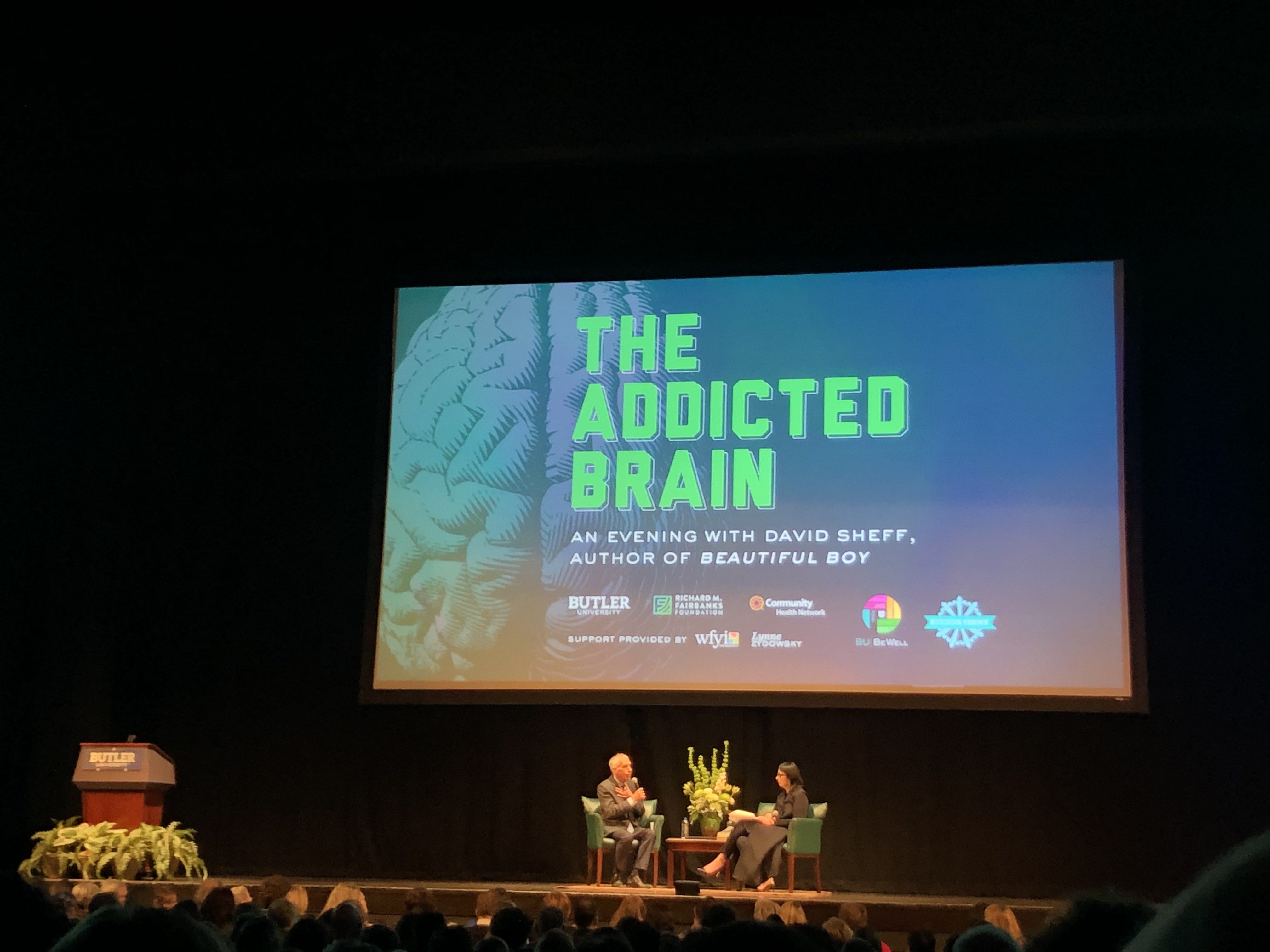 His son Nic’s first interaction with drugs, at 11 years old, eventually led to over a decade of addiction. Drugs were his own way to treat his own mental health issues, like depression and anxiety, Sheff said about his son.

“Addiction is a disease,” Hogsett said. “It must be treated; it cannot be jailed.”

Sheff’s son has been sober nine years now, but Sheff said his work in de-stigmatizing addiction and fighting for better resources to address mental health issues that may lead to drug problems is far from over. He’s now one of the most influential advocates for helping overcome addiction in the United States.

“There’s so much we could do that we’re not doing,” Sheff said. “There’s no way to spin what is happening in our communities in a positive way, but it is making us talk about this problem that we’ve kept hidden in the past. “

Several times throughout the night it was said that more than 90 percent of addictions begin before the age of 21, when the brain is still developing. While free and open to the public, this event drew several Butler students.

Chris Sanders, senior psychology major, attended the event because it is an issue that has impacted his life, he said.

“When I heard there was an opportunity to start a conversation on Butler’s campus about this I wanted to be present for that and learn from David and his story,” Sanders said. “What can we do as community members to support individuals who are going through this? How can we identify the signs and what are the ways that we can help?”

“At a time of crisis, when we’re losing 200 people every day, we need to talk about this,” Sheff said.