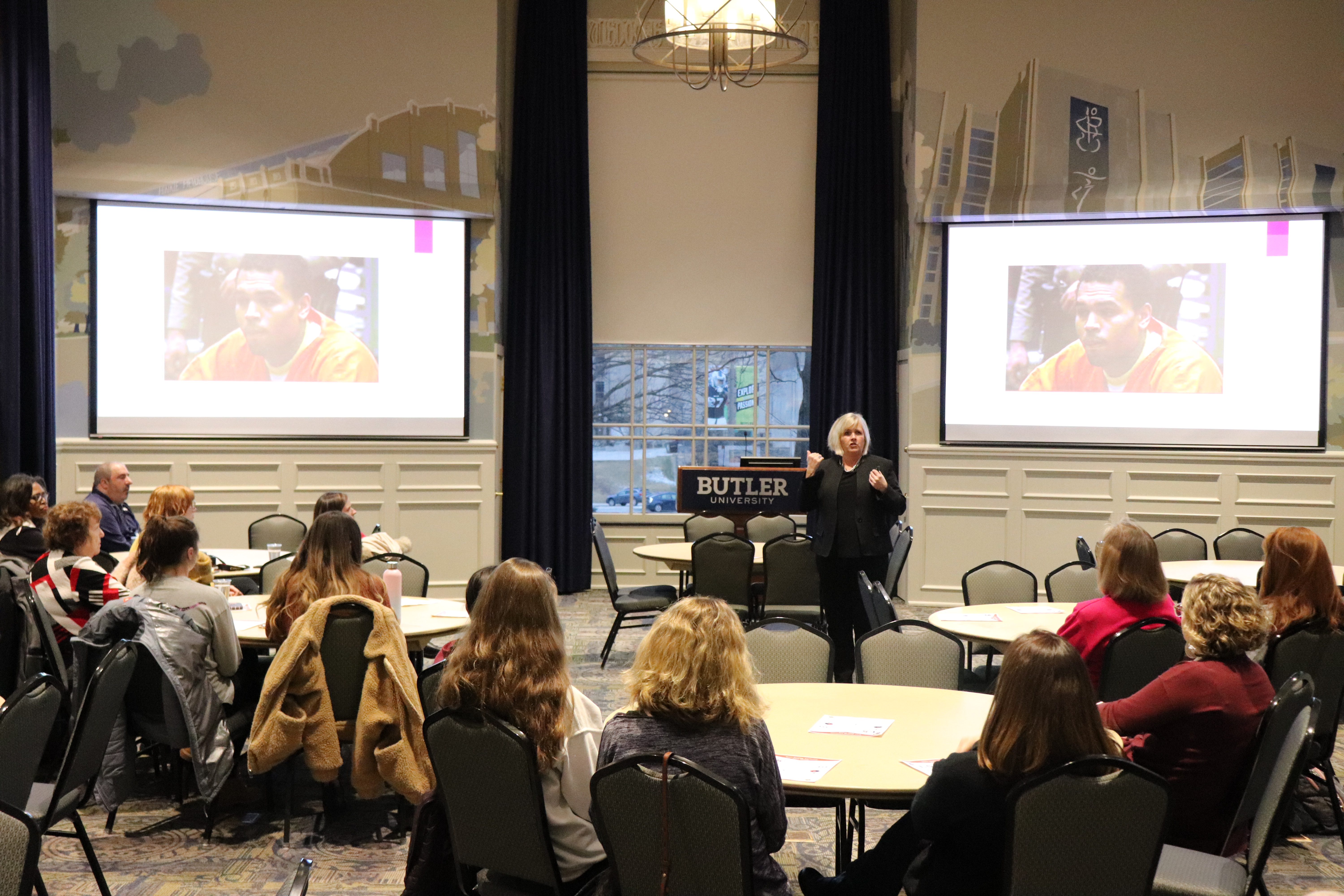 The dating violence seminar was held in Robertson Hall. Photo by Ben Caylor.

The seminar focused on identifying and preventing physical, emotional, verbal and sexual abuse in high school and college-aged relationships.

Sheri Blessing, MCPD deputy prosecutor, spoke about recognizing unhealthy relationships and provided advice for helping others who might be in one.

Blessing said the best ways to help those who may be in an abusive relationship is to report the situation, let them know that you believe them, that it is not their fault and that there are resources available.

“Even if a friend will be angry with you for reporting the situation, we still want to get them help,” Blessing said.

Ryan Mears, chief trial deputy of the MCPD, said they want to stress the importance of recognizing signs of an abusive relationship early on, as they tend to escalate in severity over time.

The seminar listed warning signs such as possessiveness, extreme jealousy, an explosive temper and others.

Sheila Brown, a Marion County resident, attended the seminar with her daughter, a high school freshman.

Brown said she wanted her daughter to learn the signs of an unhealthy relationship so that she can hopefully recognize them and know to get out of a potentially abusive relationship.

Emmy Wendling, a first-year pharmacy major, heard these statistics for the first time at the seminar.

“I was shocked at how many women in my age group are affected,” Wendling said. “The numbers were really high.”

Blessing presents dating violence seminars year-round at high schools and college campuses throughout Marion County. Her goal is to educate others and raise awareness of dating violence.

“Everyone deserves to have healthy relationships,” Blessing said.