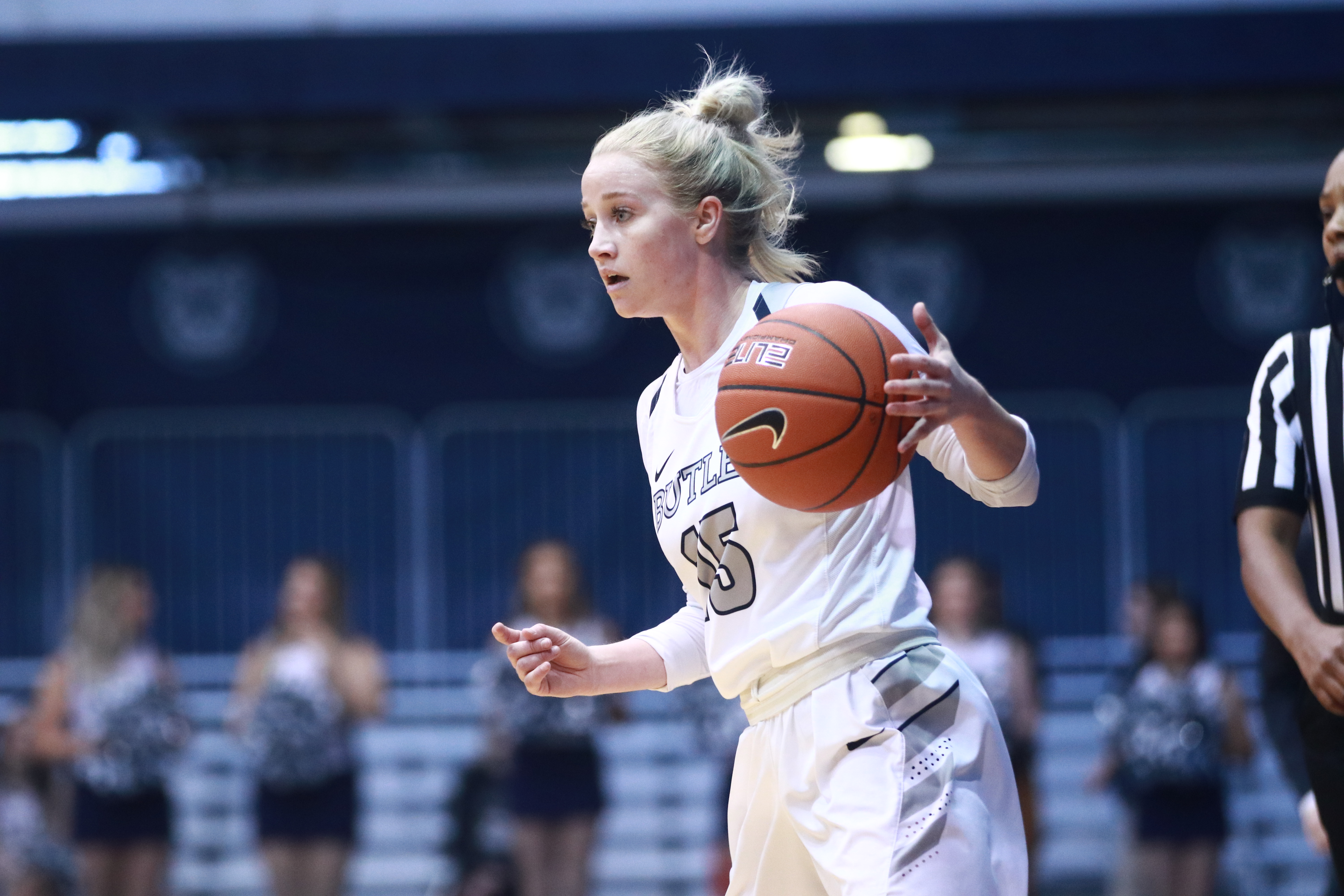 Whitney Jennings brings the ball up the court. Jennings scored 23 points in the loss to Providence. Jimmy Lafakis/Collegian file photo.

The Butler women’s basketball team fell at home in overtime to Providence on Feb. 17, 66-63. Whitney Jennings and Kristen Spolyar accounted for 71 percent of Butler’s points.

Throughout the game, the score bounced back and forth, with 21 lead changes in regulation and overtime. Providence won the overtime 5-2. Aside from that, the Friars won the first quarter, 17-16. Butler won the second quarter before Providence won the third quarter, leading to the game being tied up at 61 at the end of regulation.

Jennings scored 23 points on 8-of-19 shooting and Spolyar scored 22 points on 21 shots. Tori Schickel was the only player outside those two to reach the double-digit threshold and notably grabbed 19 rebounds, adding to her all-time record. Naira Caceres and Shae Brey recorded 11 and eight rebounds, respectively.

The Bulldogs travel to Milwaukee to play No. 8 Marquette on Friday, Feb. 22.