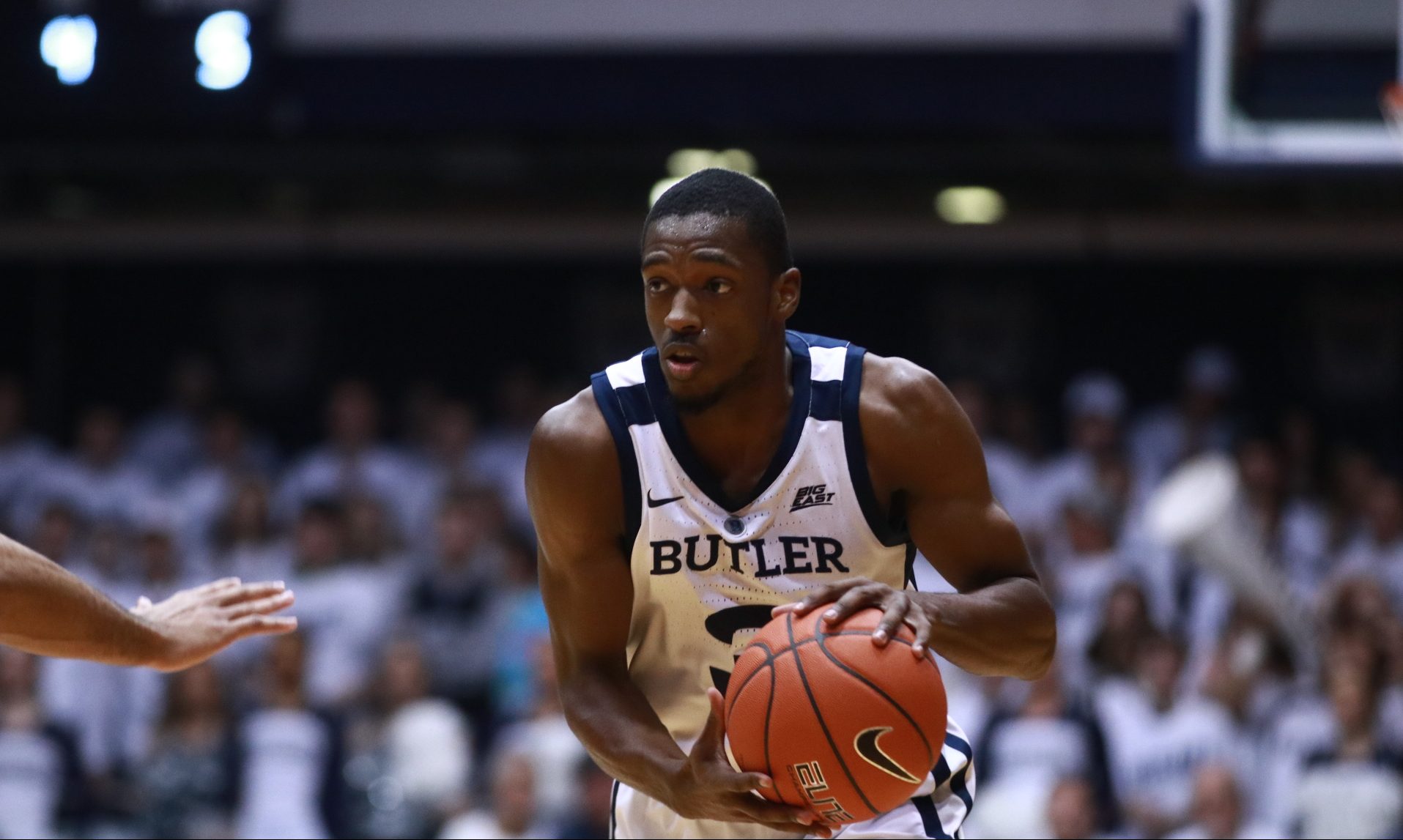 Kamar Baldwin drives to the basket during a game this season. Baldwin scored 12 points in Butler’s 79-69 loss to No. 11 Marquette. Jimmy Lafakis/Collegian file photo.

After an impressive win against DePaul on Saturday, the Butler men’s basketball team looked to drastically improve its tournament resume with a road win over 11th-ranked Marquette.

With the Celtics playing the Bucks on Thursday, there were some very special Bulldogs in attendance. And Sean McDermott brought his A-game for them.

But other than McDermott, there wasn’t another secondary scorer that could lead Butler to a much-needed victory.

#Butler Sean McDermott gave a great effort vs #Marquette. Anybody else?

And for some Butler fans, well, it kinda felt like this.

But before Butler fans go hitting the panic button on a knee-jerk reaction, remember that this is a young head coach with growing players. Rome was not built over night.

.@LaVall_Jordan will be at @ButlerMBB a looong time. I used to think he’d be @umichbball next coach, but I don’t think so now. He’s good and he’ll be w/ Dawgs a while, which is fine. Great rep of program and university. pic.twitter.com/Muu4UlM68P

And though Butler fans may find it a longshot at this point, opposing coaches see the upside in the young Bulldogs.

"They're an NCAA tournament team."

But in order to hear their name on Selection Sunday, Butler is going to have to start winning some ball games. That trek starts when Providence comes to Hinkle on Feb. 26.