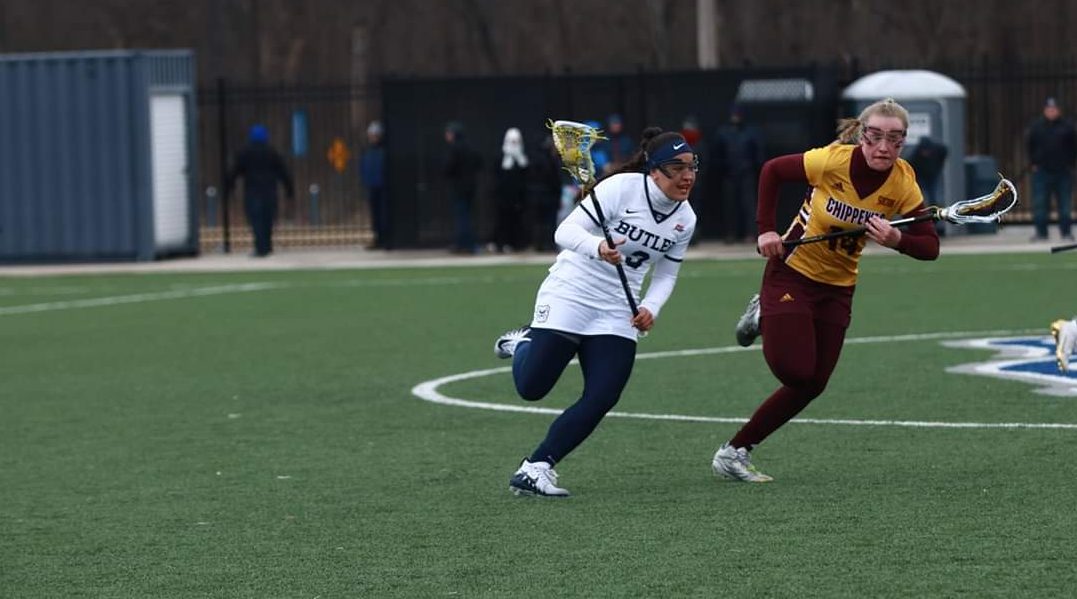 The Butler lacrosse team split two games over the weekend, winning the first home game in program history over Kent State on Feb. 22 before losing to Central Michigan on Feb. 24.

For the first time this year, Butler scored first in the game, going up 3-0 before Kent State was able to answer.

Sydney Pattison scored the Bulldogs’ first two, her first goals of the season. Haley Hallenbeck put in the third.

Like Butler had done in their previous two games, Kent State came back after falling behind early, cutting Butler’s lead to one before the Bulldogs were able to extend it back to two going into halftime.

Butler finished the half with goals by Kailee Callaghan, Ashley Steffes and Pattison.

Butler hasn’t had strong starts to second halves this season and this game was no different. Kent State scored the first three goals of the period to take a one-goal lead.

Things were different this time though. Butler responded and did so in a big way.

Four unanswered goals in a little over three minutes, two each by Hallenbeck and Guerra, put the Bulldogs up three.

Only two goals were scored in the final thirteen minutes of the game, one for Kent State with about nine minutes to go and one by Butler’s Karina Latsko with about four minutes to go. The Bulldogs’ 13-10 lead wasn’t touched and Butler won its first-ever home game.

Butler lost to Central Michigan with a final tally of 16-6 to close out the weekend.

This time it was Butler that fell behind early, going down 4-0 before Guerra put them on the board.

The Bulldogs trailed 13-1 before they could score again.

The stretch was eventually broken by a 4-0 Butler run with goals by Layla Tattersfield, Holly Hall and two from Latsko.

Guerra scored once more before the game was over, bringing her season total to 12.

Butler now sits at 1-3 before hosting St. Bonaventure on March 1.