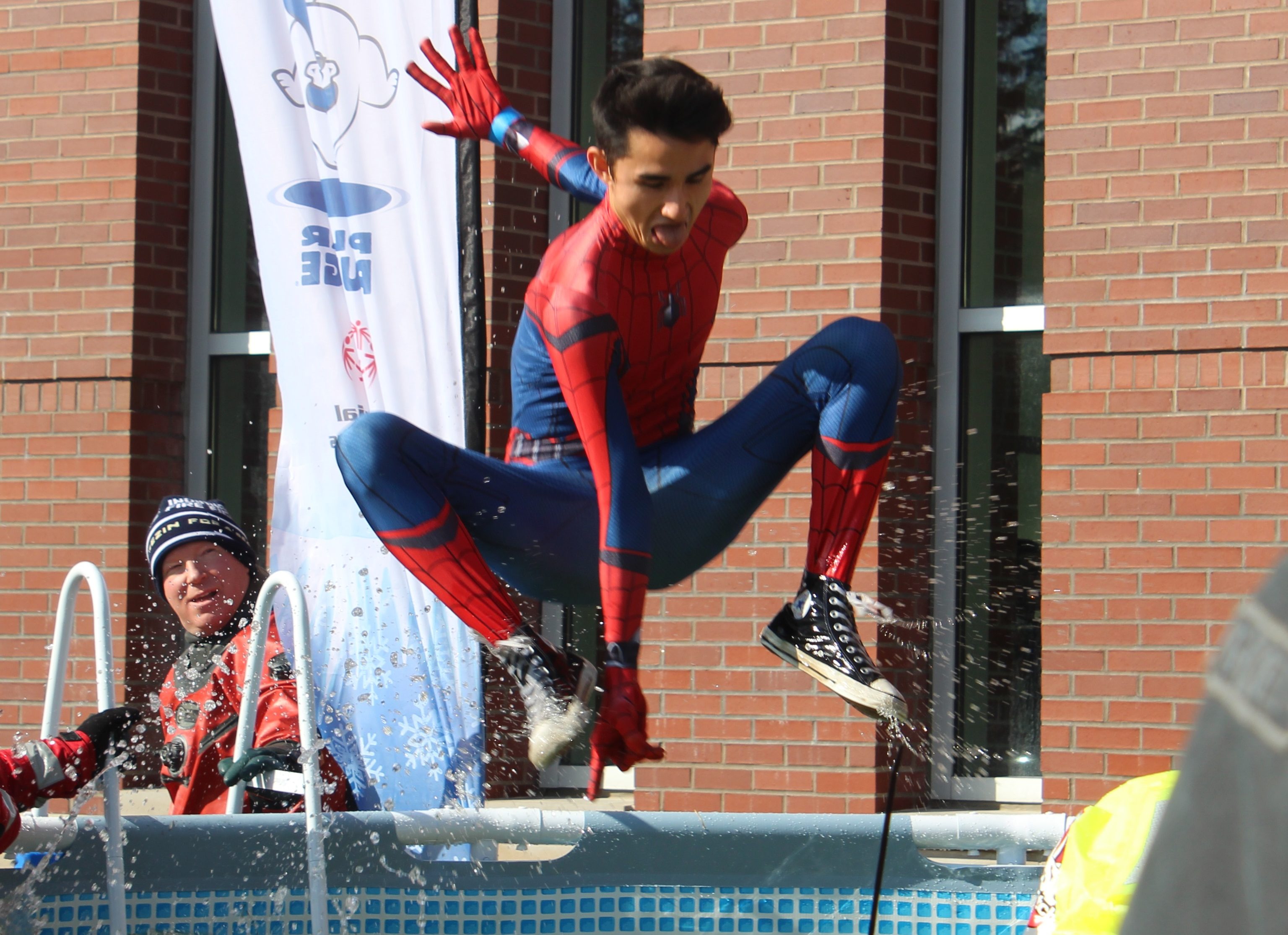 A student dresses as Spiderman jumps into the freezing water at Polar Plunge. Photo by Carly Dobert.

The Special Olympics Indiana goal is to raise $1 million by the end of all Polar Plunge events across the state.

Polar Plunge is an event where supporters of Special Olympics Indiana fundraise for the cause and face a cold challenge along the way. Participants of all ages made a cold-weather splash and raised money to support year-round programs and events for people with intellectual disabilities.

“The athletes don’t allow anything to hold them back, and that’s really inspiring,” Totten said. “They are the most caring and nice people you’ll ever meet.”

Before swimmers faced the cold water, an opening ceremony took place inside the HRC where an introduction video was followed by announcements, a costume contest, the Special Olympics oath and the national anthem.

Members of the event’s executive board and Special Olympics Indiana have been planning this event since last April.

Maria Scarpitti, a junior marketing major, is the co-president for the board. This is her third year participating.

Scarpitti listed various aspects that must be planned for Polar Plunge, which includes conference calls with Special Olympics Indiana, coordinating with students, advertising on social media and ordering enough food for all the participants.

“It’s a fun time with the team in the water,” Spaulding said. “Go out there, have fun and make a splash.”