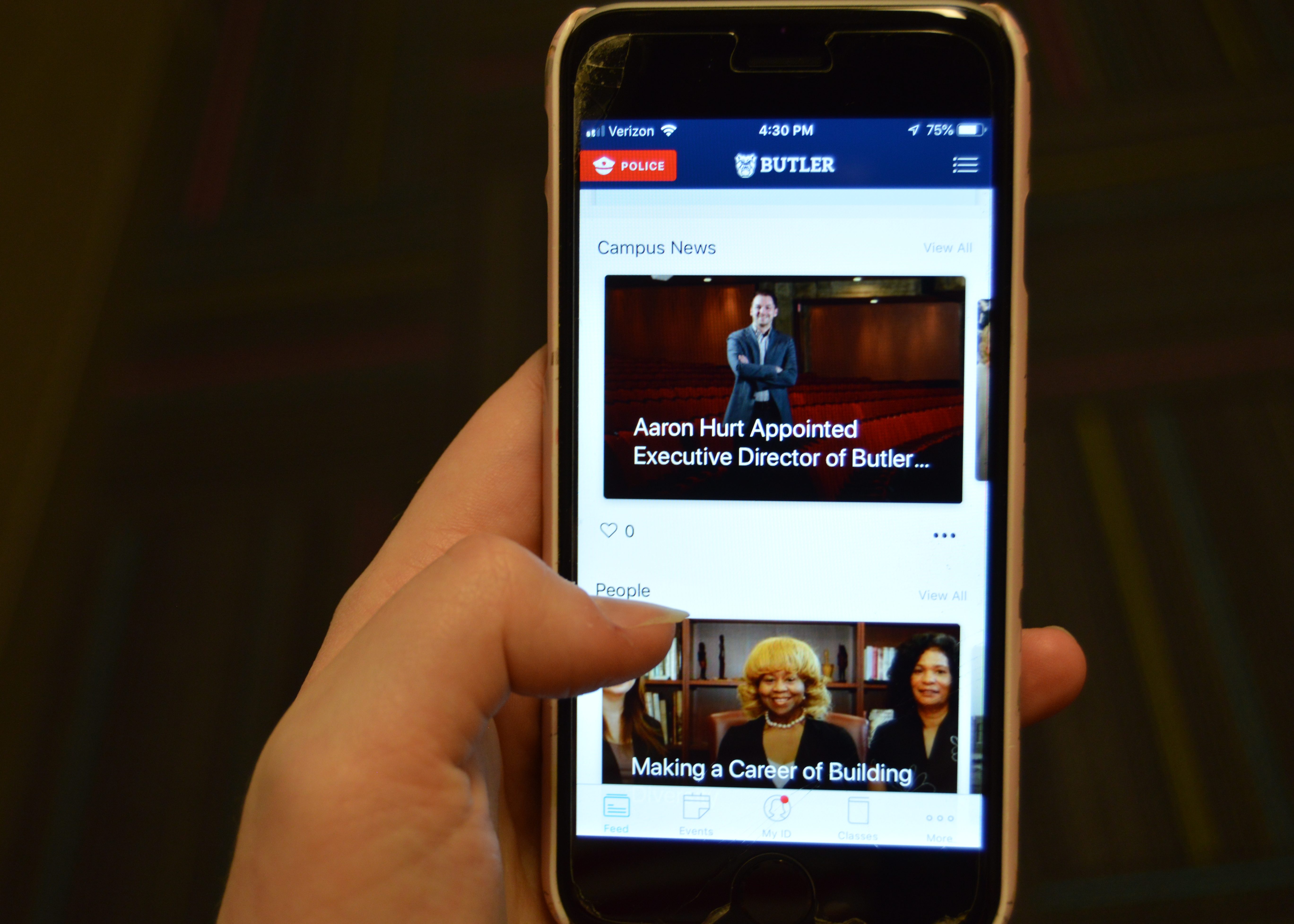 Jacob Sisson, a junior risk management major, was eager to be on time to his first class of the semester. Due to a glitch on the Butler app, he was five minutes late.

Students across campus noticed errors in course descriptions, professors and class dates and times on the Butler app. The errors have caused confusion and frustration for students like Sisson, who went to the wrong room because of the Butler app.

“That professor was mad at me,” said Sisson, who has never had problems with the Butler app previously. “It was pretty upsetting.”

Sisson said the app still lists some of his classes from last semester and does not currently list some of his new classes.

Roy Weese, senior information systems specialist at Information Technology, said it is normal to have some glitches when the app switches information between semesters. The app pulls information directly from My.Butler, and glitches are usually small and quickly fixed. However, widespread problems with the app must be reported to IT. Weese said issues affecting a large portion of campus are likely a systems issues rather than personal app issues.

Junior psychology major Marli Berggoetz said the professor listed for one of her courses changed unexpectedly on the app before the beginning of class.

“I had looked at Rate My Professors and the [first] one I had did not get good reviews, so I was hopeful,” Berggoetz said about the switch. Berggoetz said she was disappointed when she checked later and found that her app once again listed the first professor teaching the class.

Some students have stopped relying on the app completely.

Karina Latsko, a sophomore biology major, said she used My.Butler to check her classes instead of the Butler app. Her app mistakenly shows one of her classes at 10 a.m. on Thursdays. It also crashes at inconvenient times. Latsko said she sometimes holds up the Starbucks line while re-logging into the app.

Sisson said he did not realize other students were having problems with the Butler app, and reporting his issues never crossed his mind.

So far the Help Desk has not received complaints about the Butler app. Weese said students must submit a case to the Help Desk to report problems.

“We cannot fix it if we do not know about it,” he said.

Weese said he recommends that students having trouble with the Butler app should use ask.butler.edu to report technology problems and to get updates from IT personnel after submitting a case.