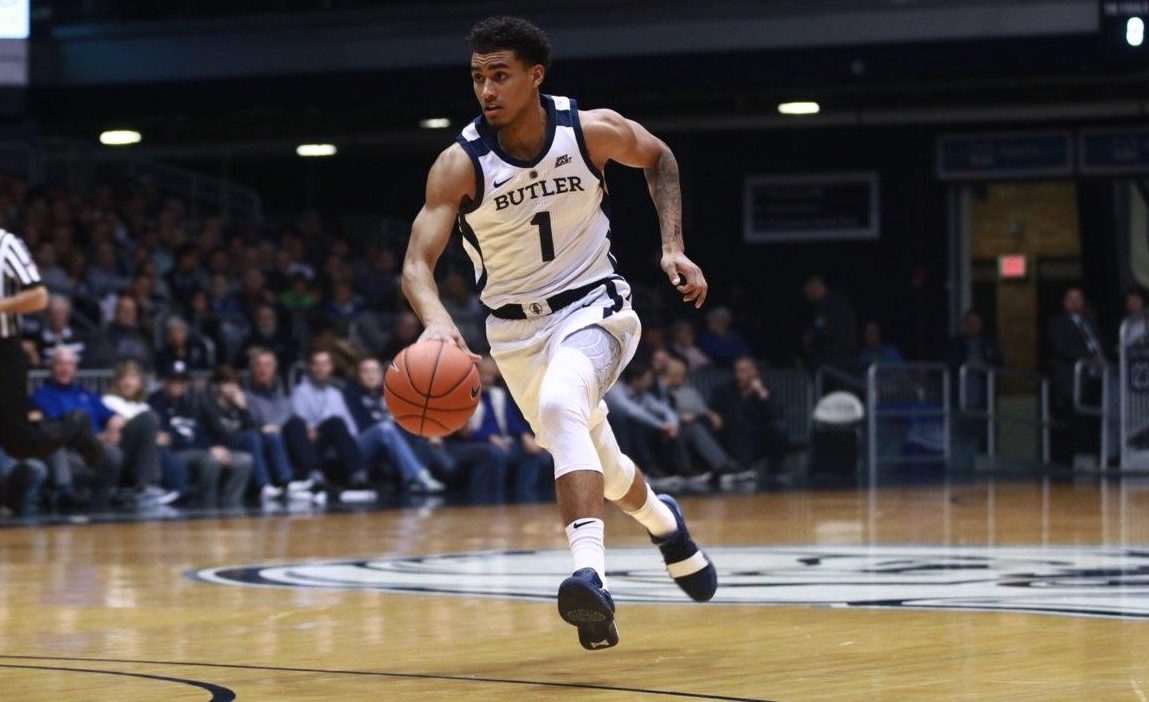 Jordan Tucker brings the ball down the court during Butler’s 84-76 loss to Georgetown on Jan. 2. Tucker had six points in the contest. Photo by Jimmy Lafakis.

The Butler men’s basketball team lost their first game at Hinkle Fieldhouse this season, falling to Georgetown 84-76 on Jan. 2 to begin Big East play. Here’s a look at eight key quotes from after the game.

On his team’s win: “We made the right plays at the right time. Greg [Malinowski] was able to knock down key baskets for us, key threes, also rebounding the basketball. … The entire team did what they needed to do to help us get the win.”

On the Big East conference: “You have some good teams in the league. … But just like last year anything is possible. The bottom teams can beat the great teams.”

On the game overall: “[I] thought we had a better fight than the other day. … The first four minutes, five minutes of the game was not a great start. It was a big hole to dig yourself out of. So give coach Ewing credit and their guys for coming in ready with a good game plan. That initial punch was just a big hole to fight out of.”

On his team’s disappointing performance: “I thought our guys had some stretches where we had some combinations in there that did what we were trying to do. Just had too many lapses there where we didn’t contain them.

On his team’s attitude going into the game: “Guys were … a little overanxious. So now we were selling out and creating offense for them. Now we’re scrambling. … I think that competitive energy came and we just went too far, swinging for the fence defensively.”

On Jordan Tucker’s progress: “He’s coming along. … He cares. He’s coming in asking for extra film from when he’s out there so he can see where he needs to grow.”

On the team’s struggles against Georgetown: “I think we got a little anxious, trying to get stops, get down and get steals. We’ve just got to get back to our principles and stay solid.”

On moving forward: “We’re ready to get back at it. Take this one on the chin and get ready for our next opponent.”