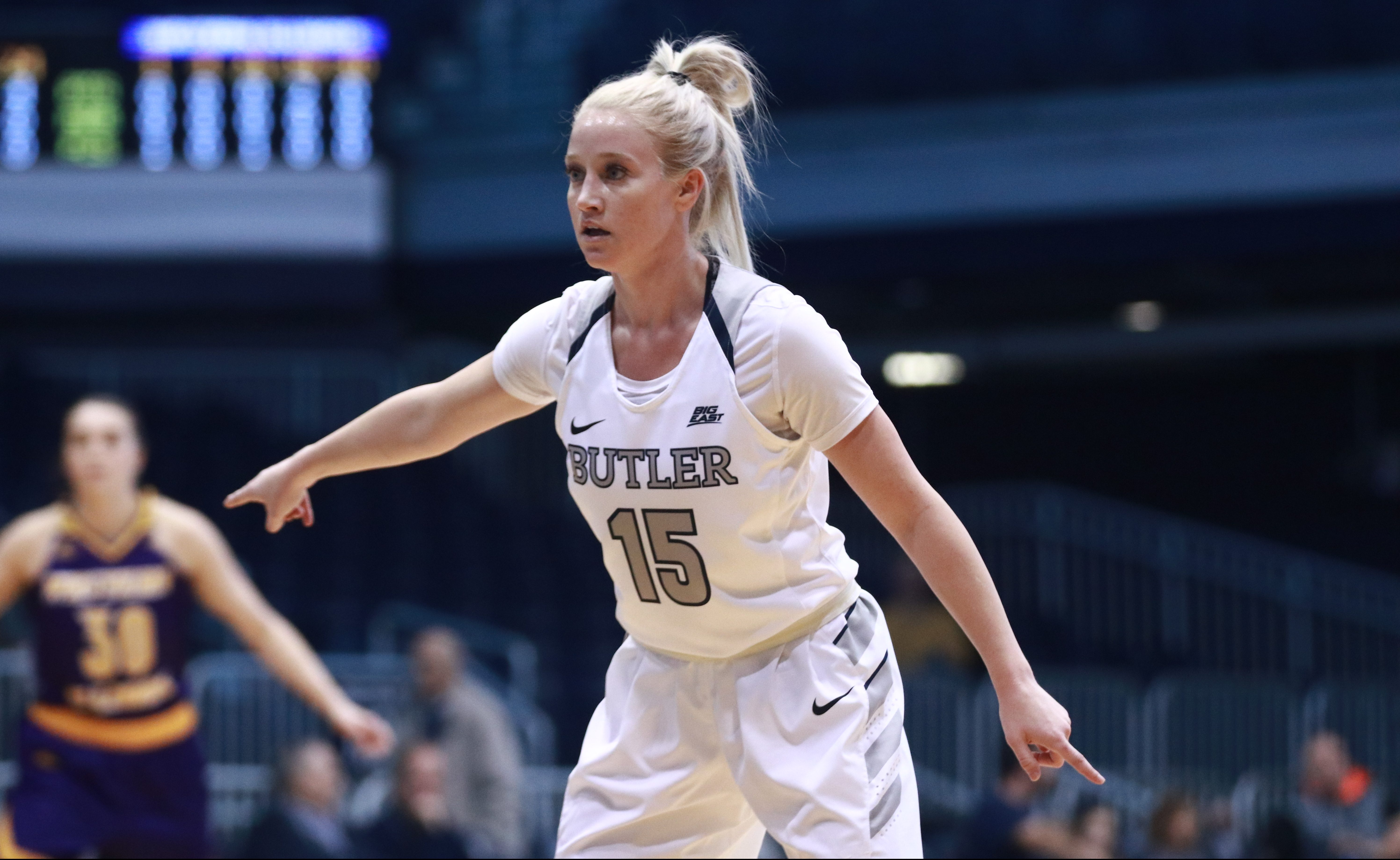 Whitney Jennings motions to a teammate during a game this season. Jennings scored 23 points in Butler’s 59-50 road win over Georgetown on Dec. 31. Jimmy Lafakis/Collegian file photo.

The Butler women’s basketball team continued their winning ways, defeating Georgetown on New Year’s Eve 59-50 to improve to 2-0 in Big East play and 12-1 on the season. With Whitney Jennings back on track — recording her first 20-point game since since their Nov. 20 game against Ohio State — the Bulldogs were firing on all cylinders.

Jennings scored 12 of her 23 points in the third quarter, a stretch in which Butler outscored Georgetown 18-11. That lethal scoring run by the redshirt senior put the Bulldogs on top 48-44 headed into the fourth quarter. Being that the scoring tear Jennings went on was an outlier, if the Bulldogs didn’t stifle the Hoyas in the fourth quarter defensively, the game could have gone down to the wire.

Fortunately for Butler, they deployed brick-wall defense in the final ten minutes. They held Georgetown to just six points in that quarter, sliding their feet and disrupting passing lanes.

Swiss-army knife defender Michelle Weaver lived up her nickname by holding Hoyas’ guard Dionna White to just 11 points on four-of-13 shooting. But this wasn’t just one person carrying the load, as the team overall prevented any Georgetown player other than White from tallying double digit points.

Butler now returns to play at Hinkle Fieldhouse for the first time since mid-December. The Bulldogs will face off against Seton Hall on Jan. 4.