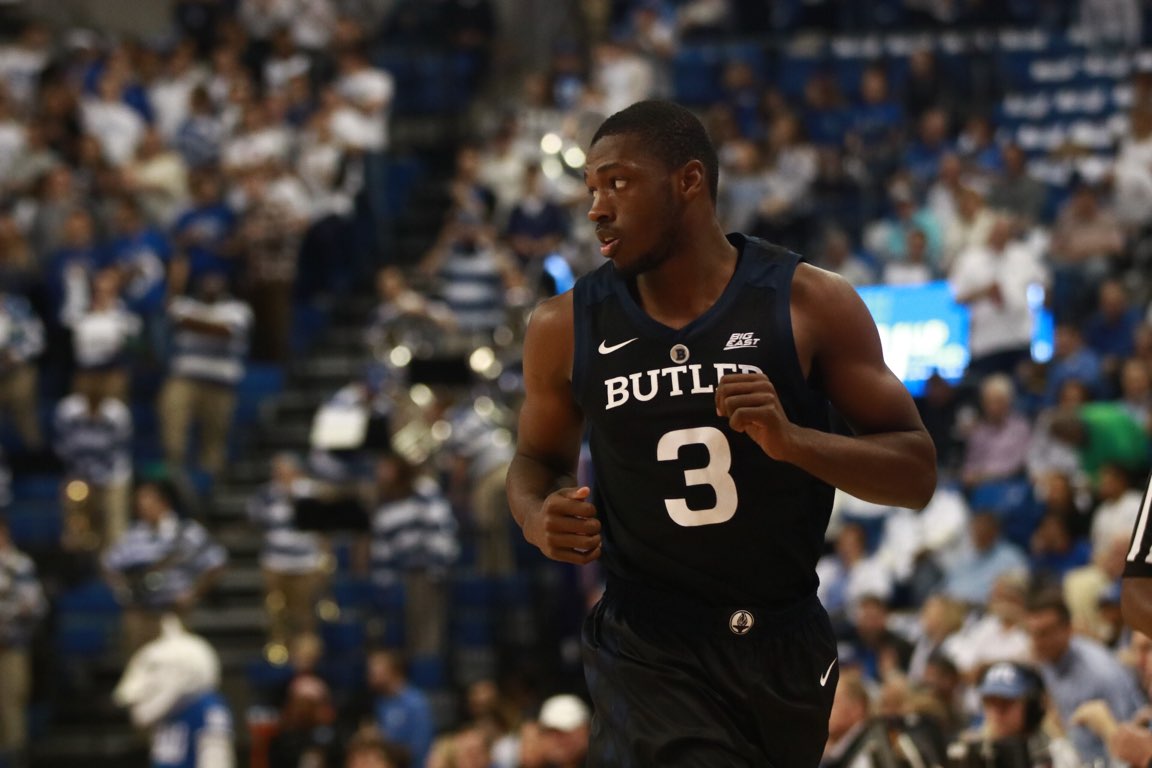 Kamar Baldwin runs down the court in Butler’s loss on Saturday. Photo by Jimmy Lafakis.

In their first true road game of the nonconference schedule, Butler looked to pick up a quality win in a unfriendly environment against the Saint Louis Billikens.

The game started off well for the Bulldogs as they took a 21-13 lead, but the offensive success would quickly turn into a struggle.

Butler’s two leading scorers were not able to put the ball in the basket and it cost the Bulldogs.

Butler did have some shots to get within striking distance, but SLU was able to hit some ridiculous shots at the end of shot clocks to keep them ahead for good.

It is just that kind of night. SLU is knocking down deep desperation threes and Butler cannot get an open look to drop. This is rough.

Butler had layup after layup that seemed to roll around the rim and weren’t able to fall.

CAN WE MAKE A LAYUP!

Lay up lines this week

The Billikens keyed in on Baldwin and seemingly the whole team’s offense rhythm was interrupted.

In the team’s seemingly only brightspot of the night, Aaron Thompson shot five-for-six from the field and finished with 11 points and played with an impressive energy that seemed lost from the rest of the team.

At the end of the day, a loss is a loss, but this won’t end Butler’s season. Bulldog fans should not expect another performance like this.

This game is such an anomaly for Butler. Can’t buy a bucket and very sloppy with the ball. Don’t really think we’ll see Dawgs play like this regularly

Marathon, not a sprint.

There’s a whole lot of basketball left to be played this season.

Butler now returns home for the first time in four contests. They will play Brown in what will begin Butler’s round of tune-up matches. They certainly have plenty to work on.