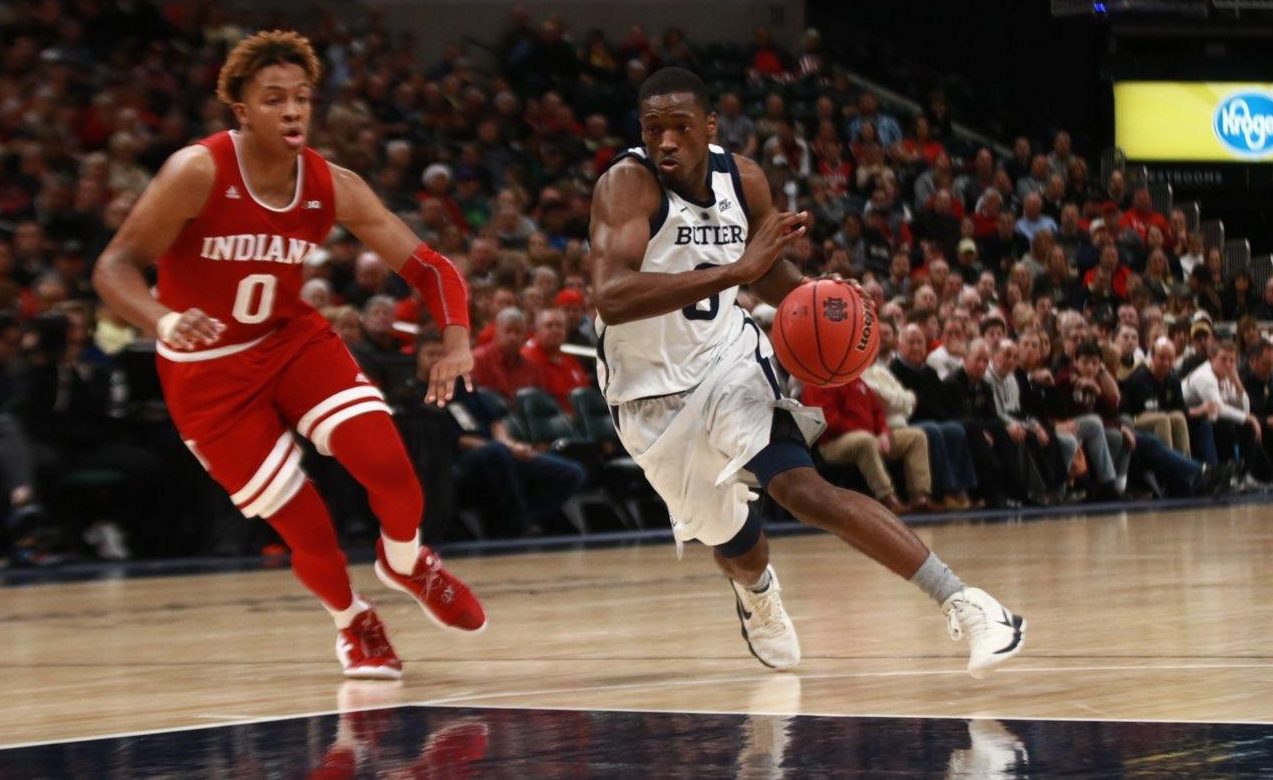 The Butler men’s basketball team fell in heartbreaking fashion to Indiana, 71-68, on a buzzer-beater by Robert Phinisee. The Hoosiers ended the game on an 11-4 run. Here are three takeaways from a deflating loss.

1. Aaron Thompson and Kamar Baldwin held their own.

So many of the headlines leading into this game were about Romeo Langford and Phinisee, but the Bulldogs’ backcourt duo was every bit as good. Thompson scored seven early points and made three of the four shots he took. Baldwin ended with 16 points, the most of any of the four guards. They also combined to contribute nine assists and six rebounds. On the defensive end, Butler held Langford scoreless for the opening 14:22 of the game. He posted 13 points, the second-lowest total this season.

When Thompson stays out of foul trouble and Baldwin is playing like the Big East first team talent he is, a real argument can be made they’re the conference’s best backcourt. Having two guards capable of playing with anyone makes it possible for Butler to compete with any team in the country. Phinisee and Langford are already fantastic college basketball players 11 games into their Indiana careers; Thompson and Baldwin matched them for all 40 minutes.

Juwan Morgan had his way with the Bulldogs’ bigs, scoring a season-high 35 points on only 14 shots. In the first half, he outscored the rest of the Hoosiers by himself. Morgan is a terrific player, but things were way too easy for him inside. He was able to get to his spots and take the shots he wanted. At no point did he look uncomfortable or rushed. Morgan also caused problems on the perimeter with his 4-of-6 performance from beyond the arc.

In the two games the Bulldogs faced skilled big men — Morgan and Dayton’s Josh Cunningham  — they were dominated on the defensive end. With Big East play approaching rapidly, this weakness is only going to become a more significant problem. Butler can get away without a strong post presence against the smaller, less talented teams that have made up most of its schedule so far. When the Bulldogs start facing high-quality teams with size on a regular basis, the consequences are much greater. Nate Fowler and Joey Brunk need to offer more resistance at the rim for Butler to be an elite defensive team.

3. The Bulldogs missed one of their few chances for a marquee win.

Due to the way Battle 4 Atlantis panned out and the down year in the Big East, Butler’s opportunities for high-quality wins are not as plentiful as they’ve been in the past. A win over a top-25 team in the best conference in the country would have really helped Butler’s body of work, especially with the way the Bulldogs controlled the game for 37 minutes. This loss puts an even greater importance on the rematch with Florida on Dec. 29. Another defeat before the start of conference play leaves Butler in a really tough spot.

A sweep of the Gators certainly helps boost the Bulldogs’ resume, but it’s not enough by itself. The Bulldogs aren’t getting into the NCAA Tournament with nine or 10 Big East wins and this nonconference slate. Butler needs at least 11 or 12 conference victories to feel confident about going dancing. The Big East’s struggles also mean it’s entirely possible the Bulldogs have an excellent showing and make a run at a conference title. There’s just no room for error anymore.