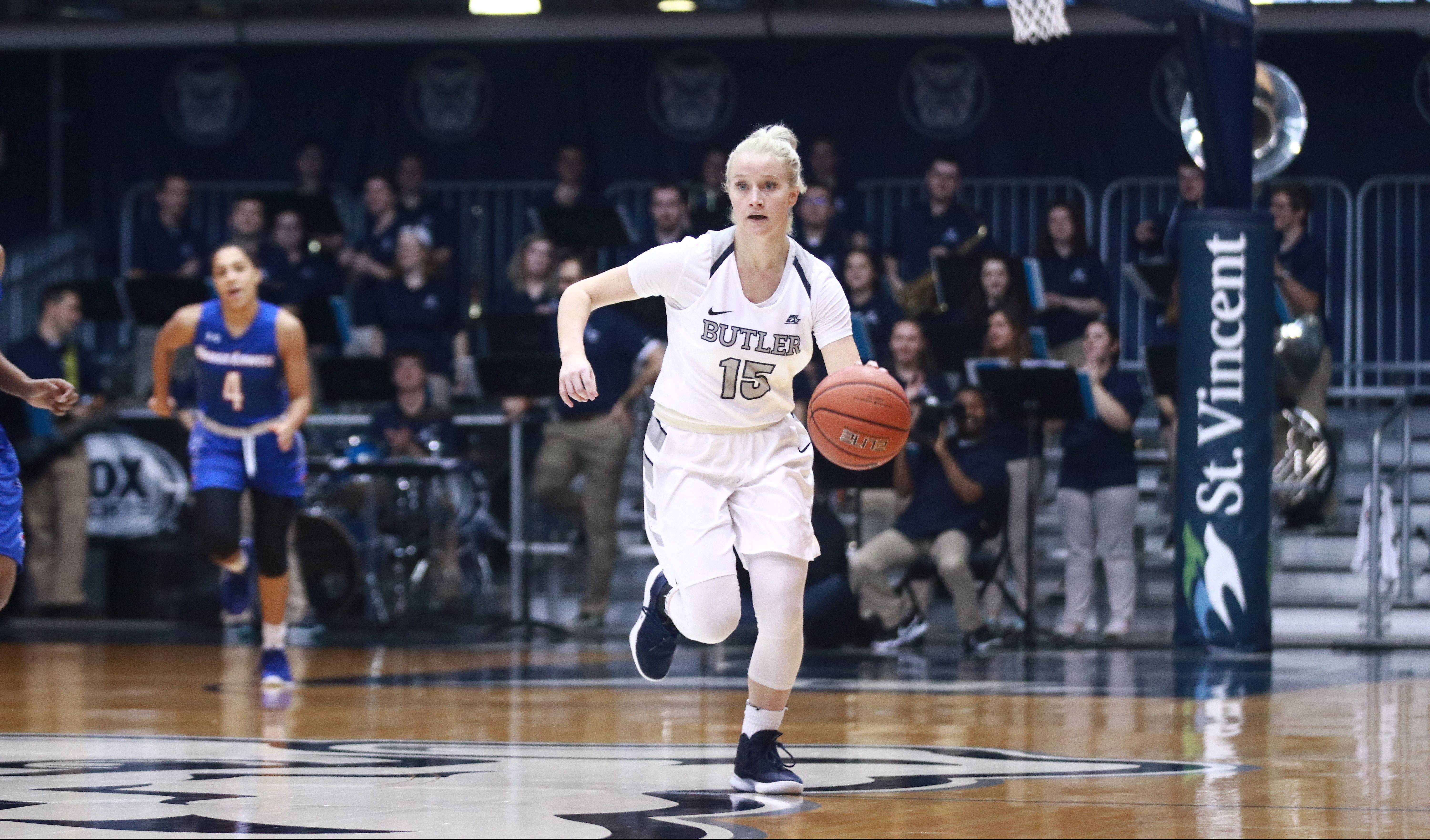 Whitney Jennings dribbles down the floor during Butler’s 89-36 win over UMass Lowell on Nov. 20. Jennings and the Bulldogs will face Ball State on Dec. 2. Jimmy Lafakis/Collegian file photo.

The Butler men’s and women’s track and field teams will open up their season with a trip to South Bend, Indiana, to compete in the Blue and Gold Invitational hosted by Notre Dame. The teams are headlined by two seniors who nearly found their way to the NCAA Championships last year in Johnny Leverenz and Allie Vogeler. The men finished fifth in the Big East while the women finished sixth in conference last year.

With over a week off to recover from the Battle 4 Atlantis tournament in the Bahamas, the Butler men’s basketball team returns to the states to play in one of their their two true road game of the non-conference schedule against the Saint Louis Billikens. SLU has started off the season winning five of their first six games of the season including a win on the road against Big East member Seton Hall. Opening tip from Chaifetz Arena in St. Louis is scheduled for 5 p.m. ET.

Fresh off of a week off for Thanksgiving break, the women’s swim team will compete in the Relay Meet hosted by Indiana State. In their last meet, the House of Champions meet at IUPUI, the team finished seventh in an impressive field of 10. This is the team’s final meet of the fall semester. They will return to action in January for their annual training trip to Florida and the Butler Invitational.

To finish off the week, the women’s basketball team will compete in their only game of the week against in-state rival Ball State. Butler lost their game against the Cardinals in Muncie last year by a score of 87-75. Whitney Jennings led all scorers in that game with 26 points. This will wrap up the Bulldogs’ six-game homestand to start the year before they head to Bloomington to face the Indiana Hoosiers next week.