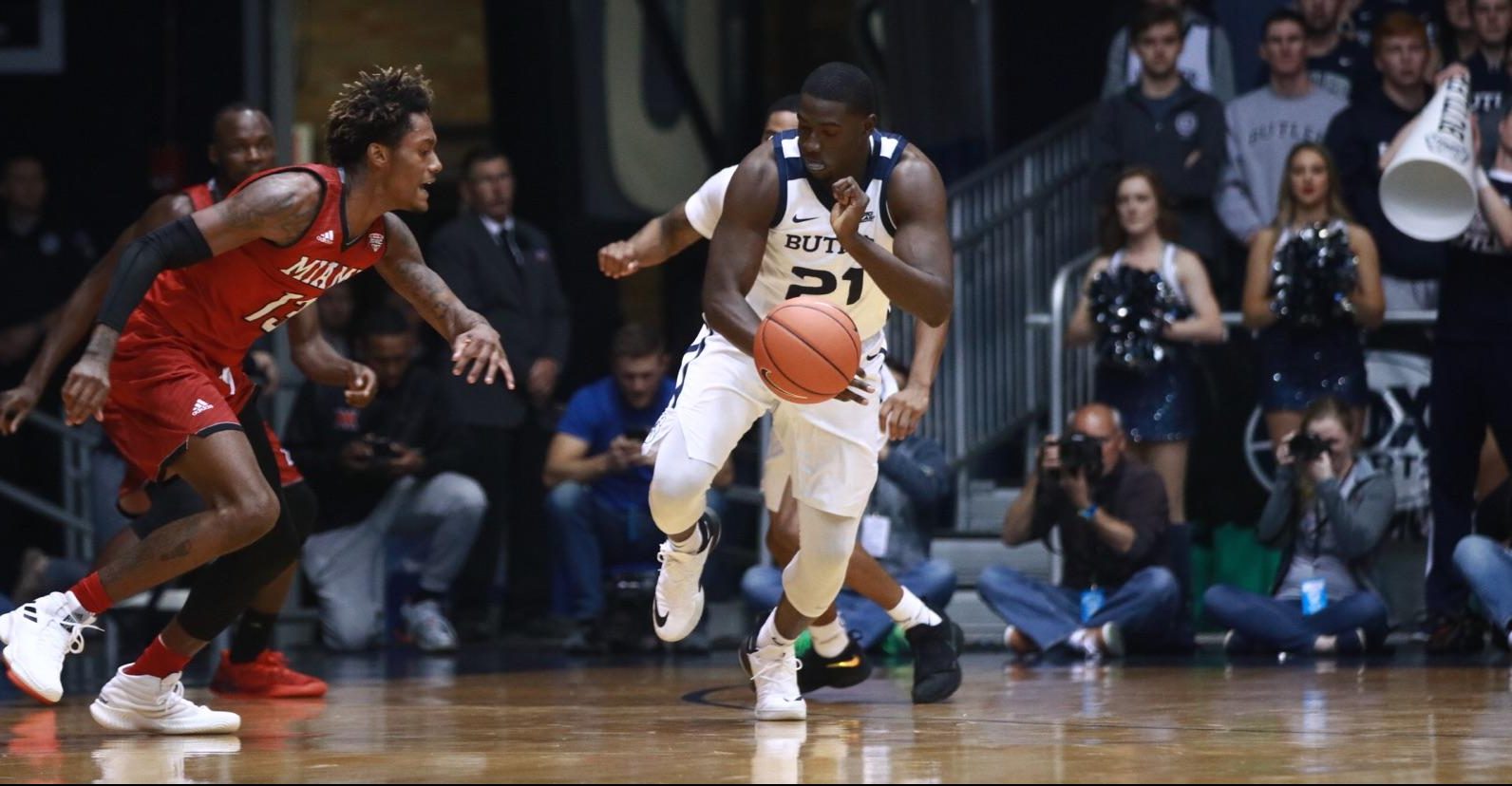 Jerald Gillens-Butler dribbles down the court. Butler kicked off the 2018-19 with a 22-point win over Miami (OH). Photo by Jimmy Lafakis.

Saturday’s game between Butler and the Miami RedHawks was the regular season opener for both teams and a part of Family Weekend on Butler’s campus. Hinkle Fieldhouse was ready for the action.

The story of the night was Joey Brunk scoring a career-high 17 points off a perfect 7/7 shooting. He had Twitter raving.

Last season Joey Brunk scored a TOTAL of 25 points. He’s got 12 tonight in the first half. Must be the hair

"Joey Brunk" is the top trending Twitter topic in Indianapolis. So there's that.#Butler

And even some BOLD predictions, too.

1. Butler is pretty deep and it’s gonna be interesting to see how this shakes out during non-con

Butler fans were not just excited to see Brunk play well, though. Aaron Thompson saw his offseason work on his jumpshot pay dividends.

Aaron Thompson just hit a three. This is not a drill. #Butler

Even Bulldogs who didn’t suit up for the game were receiving praise.

However, a good night was not had by all. In a surprising turn of events, sophomore breakout candidate Christian David saw just three minutes of action in the 22-point win.

I wonder where Christian David is going to transfer to?

While not trying to overreact to the first game of the season, this was a quality win for the Bulldogs against a solid mid-major opponent.

Final numbers from Hinkle Fieldhouse… The Bulldogs are now 1-0 on the season. #GoDawgs pic.twitter.com/06HYi5pLQU

The Bulldogs have a short turnaround as they welcome former Horizon League foe Detroit Mercy on Monday.