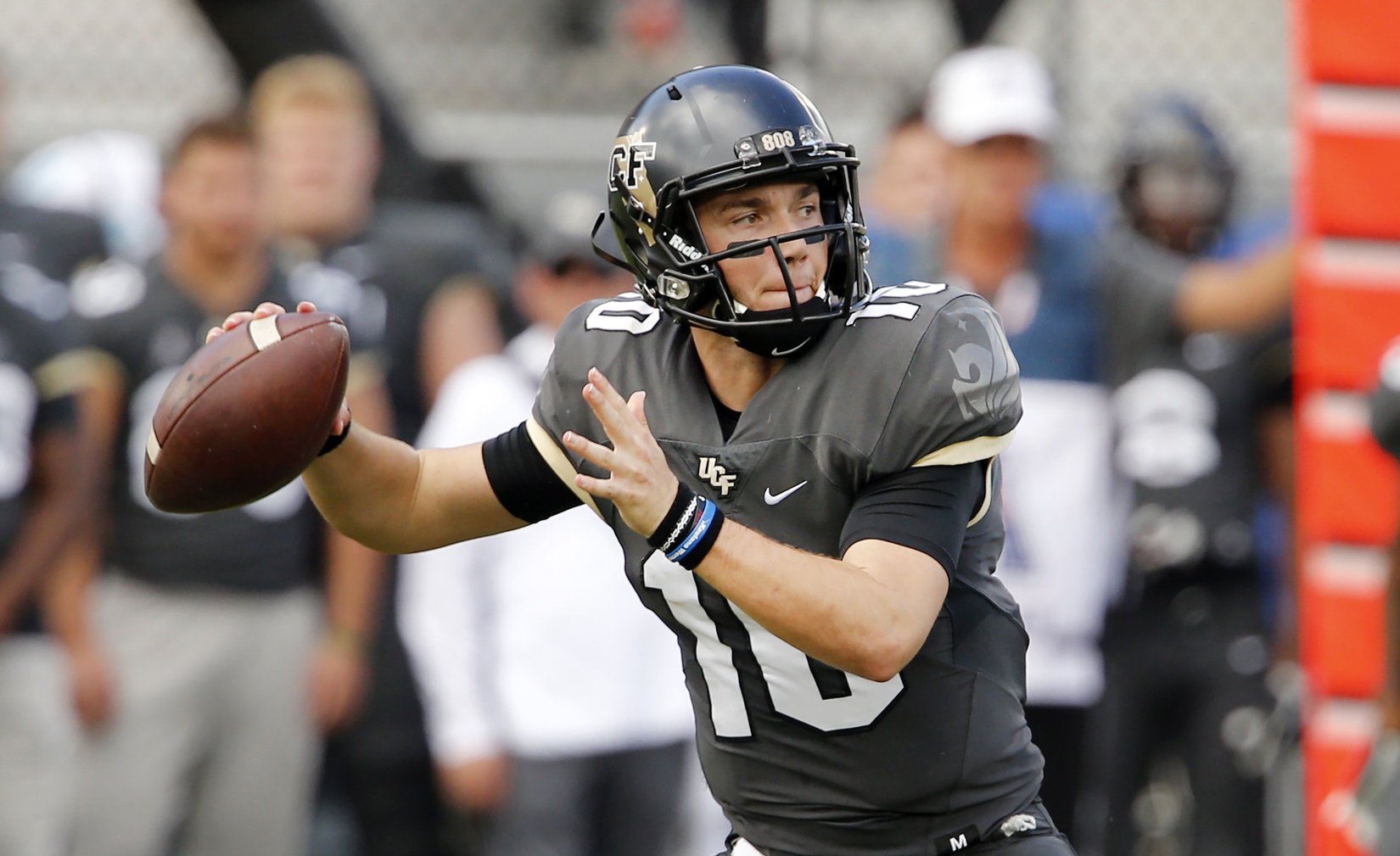 As Americans, we love an underdog story. After all, our nation’s history was one. The United States was founded by colonists who decided “enough was enough,” fought against the most powerful empire of the time, Great Britain, and won our independence. I’m glad they did, because without tea-tossing colonists, we wouldn’t have college football.

I’m not afraid to say it — college football is more likable than the NFL. The traditions, unparalleled rivalries, players trying to make a name for themselves — it’s all on display every Saturday of the fall season. There are more upsets. For the large favorites, it’s as a cupcake game. For the underdogs, it’s the Super Bowl. College football has it all.

A single loss at the wrong time in the season can eliminate all the work done over the course of a year. Even dominant programs such as Alabama or Clemson experience setbacks throughout the season. Very rarely do we see a team go undefeated.

Yet, that’s exactly what the NCAA has this year in the University of Central Florida: an undefeated program. In fact, the Knights are working on their second undefeated season in a row. However, they’re hungry for more than just a conference championship. UCF demands the respect of the Coaches Poll and College Football Playoff rankings, in hopes of achieving a national title. They’re the underdog team every American fan wants to watch.

But they won’t get that respect. They can’t get that respect. Don’t get me wrong, I admire the work of head coach Josh Heupel and what he has done since former coach Scott Frost moved on to Nebraska. Even so, placing UCF in the top four for the College Football Playoff is an insult to all other teams.

The objective of the playoffs is to pick the best four teams in college football. The decision is based upon a collective decision by a committee comprised of individuals who have experience as coaches, student-athletes, college administrators and journalists.

Just because you go undefeated does not necessarily mean you are the best team. If UCF was allowed into the top four, it’d be the David vs. Goliath story everybody enjoys discussing, except in this tale, David gets beaten to a pulp as all of his supporters look on in shock.

I wouldn’t have had as much of a problem with the discussion if it weren’t for how the school and other representatives went about celebrating their undefeated season. They threw a parade, which I can get behind. But then the university hung a “National Champions” banner. They edited their social media profiles to say “National Champions.” Rick Scott, Florida governor, wrote an official decree that they were the “National Champions.”

I bet that imaginary participation trophy looks very nice inside that trophy case.

Sure, this team is on a 22-game win streak with an important win over Auburn in last season’s Peach Bowl. However, this is one of only two wins over top 25 opponents in the last two years. The only other game was against No. 20 Memphis that ended 62-55 in double overtime.

Consider the programs UCF plays each season: SMU, who’s 5-5 this year, Eastern Carolina is 2-7, Navy is 2-8, just to name a few. UCF’s strength of schedule in 2018 ranks outside the top 100 in almost every analysis. There is little competition in the American Athletic Conference.

Every team with a shot at the title has something UCF does not – prestige. Consider for a moment that UCF was a Division II program in the late 1990s. To see them be in the position they are in today from where they once were only 20 years ago is pretty remarkable.

Yet, programs like Notre Dame, Michigan and Oklahoma have had the time to develop their programs and improve in all aspects of the game like recruiting and coaching.

To claim that UCF is receiving comparable talent to any of these Power 5 conference teams is laughable. Some players that commit to UCF are special, but not every game can be won on just “having good work ethic.”

Last week, Alabama walked into Tiger Stadium, also known as Death Valley, home of LSU. They shut out the No. 9 Tigers 29-0 on their own turf. Clemson slaughtered Louisville 77-16. Michigan beat No. 14 Penn State 42-7.

If you want to support the vote for the UCF Knights because they’re undefeated, fine, go ahead. But know that regardless of who they’d play, their opponent will be playing their backups by halftime.