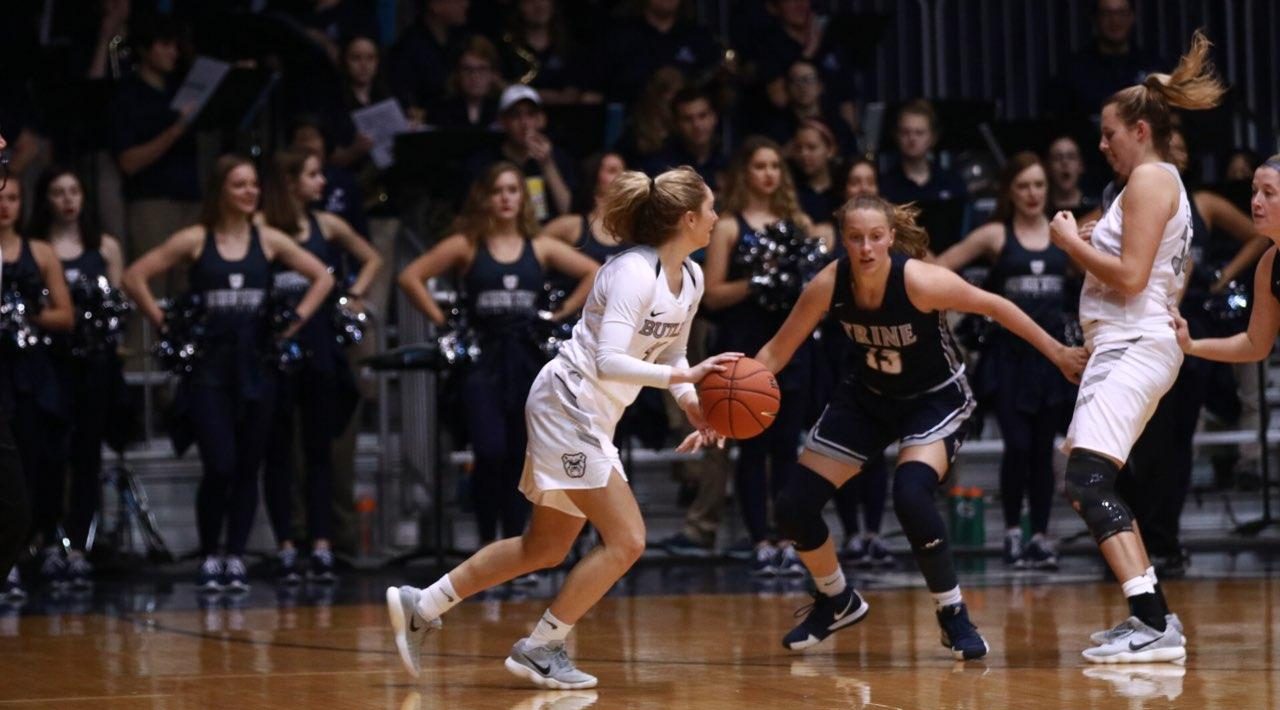 The Butler women’s basketball team opened the 2018-19 season with a 72-37 home win over Eastern Illinois University on Nov. 9.

Butler started the game hot, scoring a scorching 22 points in the first quarter and ultimately tallying 41 points on 56 percent shooting in the first half.

They started strong, but the team places greater emphasis on finishing, and at times this game, they could have finished better. After outscoring Eastern Illinois by 24 in the first half, Eastern Illinois nearly outscored Butler in the third quarter. However, the Bulldogs bounced back with a strong fourth quarter, scoring 15 points and allowing only five.

“We didn’t come out in the third quarter as a finishing team. We relaxed,” Coach Godlevske said.

It was impressive how the Bulldogs were able to score 72 points, despite a few obstacles. Last season’s leading scorer, Whitney Jennings, had only four points on one-of-six shooting. They were careless with the ball, turning it over 22 times, two fewer than Eastern Illinois. The team shot only two-for-15 from 3-point range.

“I believe in them, they have the green light. What will be a real strength of ours is our inside-outside play,” Godlevske said.

Butler dominated the inside, outscoring Eastern Illinois 48-10 in the paint. Senior Tori Schickel led the charge, as one of three players to score in double-figures, with 16 points and 12 rebounds.

On the outside, Michelle Weaver did a little bit of everything, scoring 11 points on 100 percent shooting to go with five assists and three rebounds. Her impact was felt most on defense, contributing five steals to the 24 forced turnovers Butler had.

Kristen Spolyar scored 15 points on 13 shots. Spolyar played with a brace for all of last season after an ACL injury, and she’s slowly regaining her explosiveness.

“I’m more confident out of the court. I feel more smooth out on the court,” Spolyar said.

Every player saw playing time by the end of the third quarter, including the three transfers — Naira Caceres, Katherine Strong, and Ashanti Thomas — who combined to score 15 points.

The Bulldogs have a quick turnaround, hosting Murray State at 7:00 p.m. on Nov. 13th.