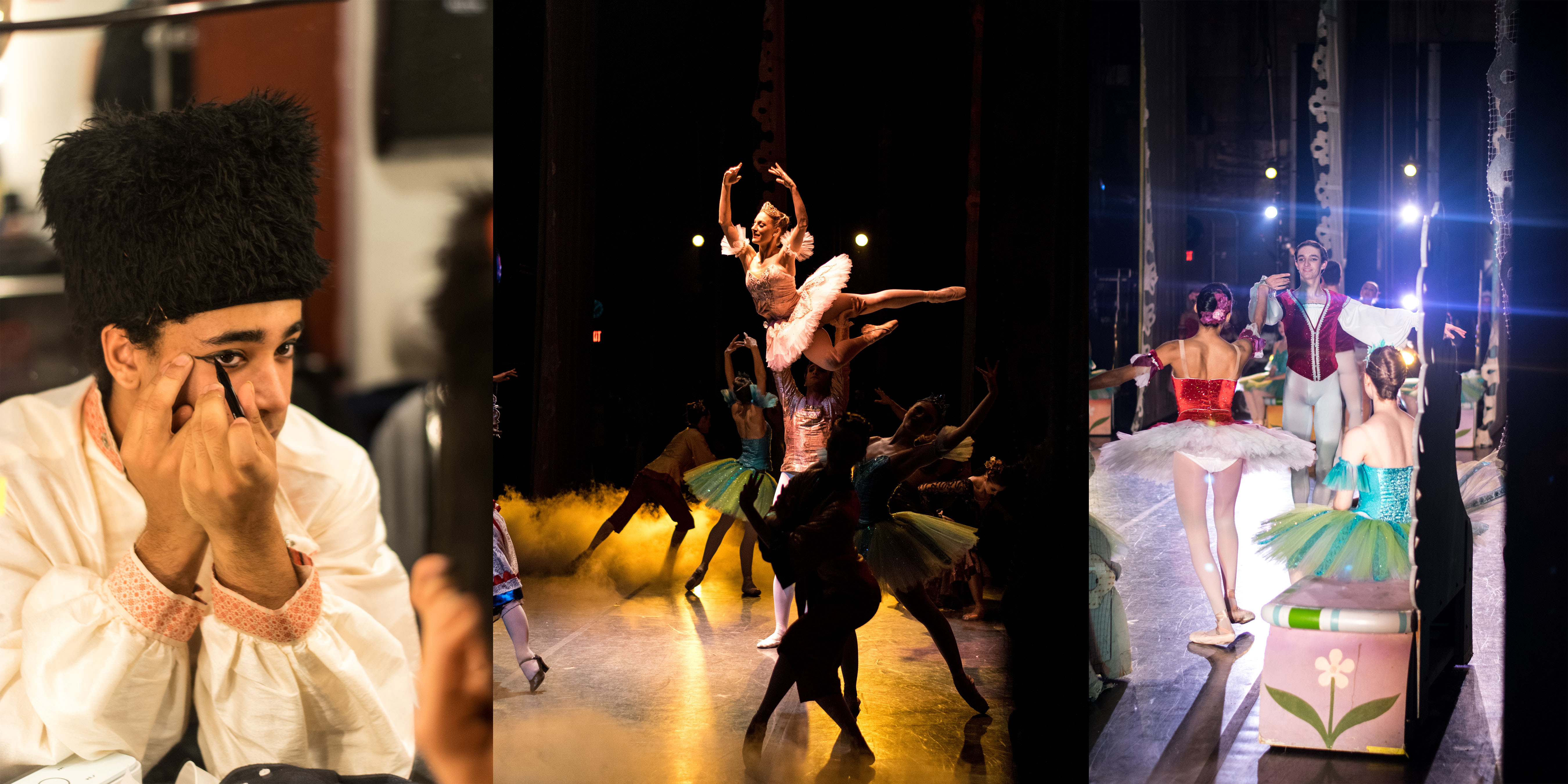 The temperatures are getting colder, winter break is looming and Butler Ballet’s popular dance production, The Nutcracker, is coming to the stage soon. This spectacle can be seen at Clowes Memorial Hall and involves the whole dance department. With magnificent sets and a timeless story, The Nutcracker is something you do not want to miss.

For first-time viewers, a girl named Clara gets a magical toy, a nutcracker, from her uncle Drosselmeyer at a Christmas party. She falls asleep, and in her dreams, there is a battle between toy soldiers and mice. Clara is taken away by the nutcracker to the land of the sweets. And that’s just the first act.

Nick Bentz, a junior dance pedagogy major who plays the Snow King, wants to point out the obvious: there is no speaking in ballets like this.

“It is surprisingly easy to follow the storyline because ballet incorporates miming so that the general person who doesn’t follow dance can follow the story,” he said. “The dancing is really incredible because we have a technique-based program. Our dancing is excellent. Our sets are gorgeous. Our costumes are fabulously produced.”

For some dancers like Bentz, this is only his third time ever doing this performance.

For other dancers like Molly Rumble, a junior dance pedagogy major who plays the Snow Queen, this is not the first time she has been in this production. In fact, it is her 15th time. The Nutcracker holds a special place for her.

“It doesn’t get old for me,” Rumble said. “The way I got into dance was my mom took me to a Nutcracker performance. I feel that Nutcracker has a responsibility to ensure that children are exposed to ballet and feel inspired themselves.”

Rumble said she thinks it is a perfect dance for children to watch.

“It is really accessible to children with all the colors and lands and the Sugar Plum Fairy,” she said.

Stefanee Montesantos, a junior dance performance major who plays the lead role of the Sugar Plum Fairy, said she thinks the magic of the story attracts people to see it over and over.

“The story is about magic and imagination,” Montesantos said. “You have to create the magic.”

One thing to look for in the performance, Bentz said, is the acting and how each dancer portrays their character.

Rumble said she wants people, especially those who have never seen a ballet performance, to simply enjoy the experience and watch the story unfold in front of them.

“Sit back and experience the magic,” Rumble said. “Be receptive and open to what you see in front of you.”

Montesantos also stressed the amount of effort and dedication that goes into this show. Viewers should realize that while ballet dancing may look easy, it’s no simple feat.

“I just hope all of our passion and effort shows through performance,” Montesantos said. “We give 120 percent to this production.”

The Nutcracker runs from Nov. 29 through Dec. 2. Visit butlerartscenter.org for more details on how to get tickets for the show.