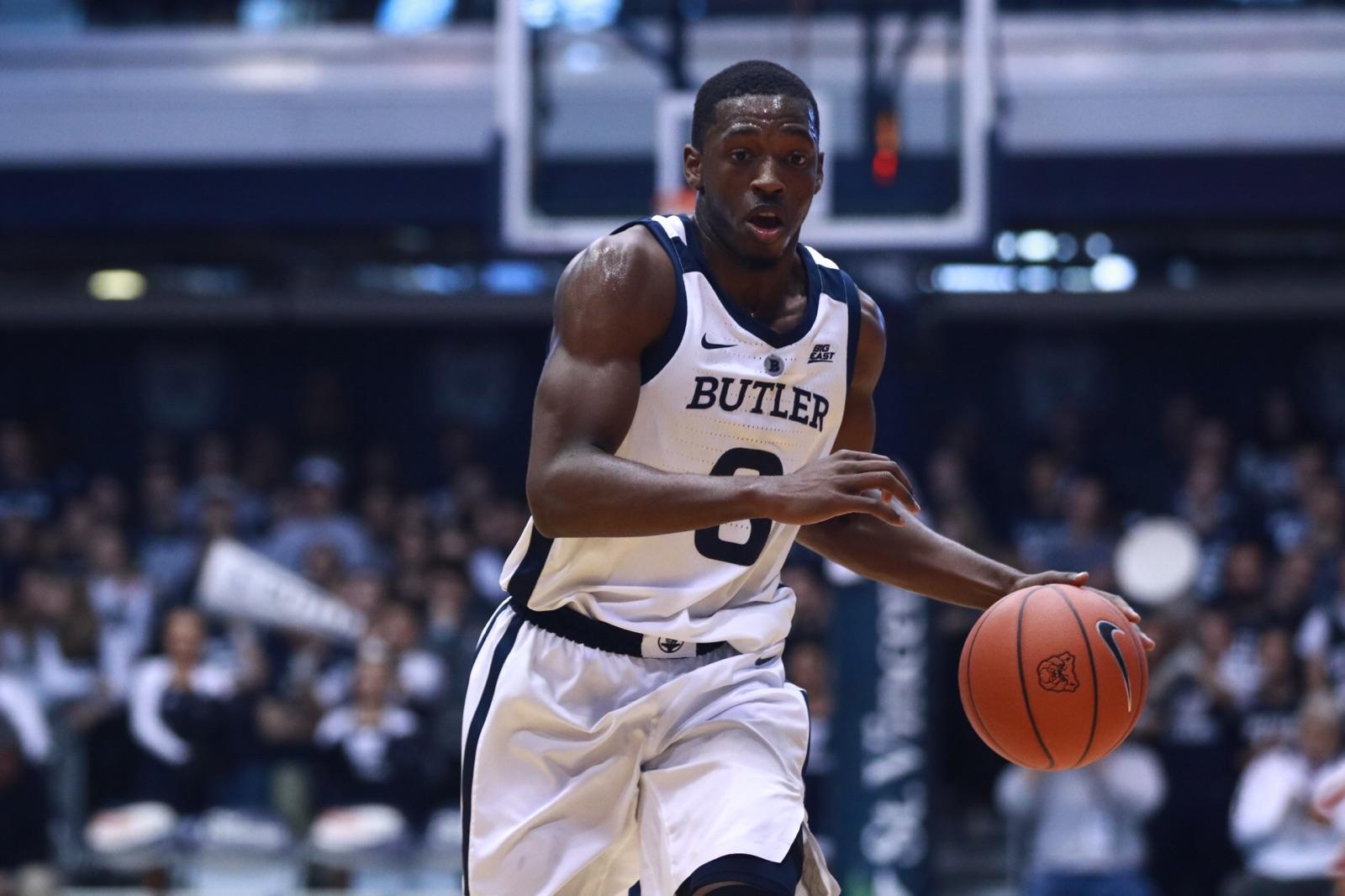 Kamar Baldwin brings the ball up the court against Tiffin. Baldwin led Butler with 17 points in the team’s 100-63 win over Tiffin to open exhibition play. Photo by Jimmy Lafakis.

Playing without the second-highest scorer in program history in their starting lineup for the first time since March 2017, the Butler men’s basketball team had no problem finding offense.

After missing a number of open shots early, Butler found offense from junior guard Kamar Baldwin, who scored all eleven of his first half points in a 2 ½ minute period. Baldwin scored three more times in the second half to finish with a team-high 17 points along with eight rebounds and five assists.

Henry Baddley contributed 15 points, with all coming in the second half, while Sean McDermott scored 14. Paul Jorgensen and Joey Brunk each tallied 11 points, and Brunk tied Baldwin with eight rebounds.

After outscoring the Dragons 45-31 in the first half, the Bulldogs converted nine of their first 13 field goal attempts in the second half to widen their lead. Butler shot nearly 60 percent from the field in the second half to bring their game mark to 55 percent, compared to Tiffin’s 39 percent.

The Bulldogs also forced 18 turnovers which resulted in 24 points.

“One of our strengths is we’ve got some speed up the floor now,” Butler head coach LaVall Jordan said. “You have to be able to rebound the basketball and you have to have the stamina to continue it and I thought, in the second half, when we kind of broke away, our stamina held up.”

McDermott said he thinks the team’s offense is improved from where it was at this point a season ago.

“I think it’s just the second year, with these coaches, we know the offense a little better,” McDermott said. “Guys have experience in the offense so everybody feels more comfortable in it.”

Butler will host Southern Indiana on Saturday, Nov. 3, in their second and final exhibition game of the season. The team opens regular season play at home against Miami of Ohio on Nov. 10.