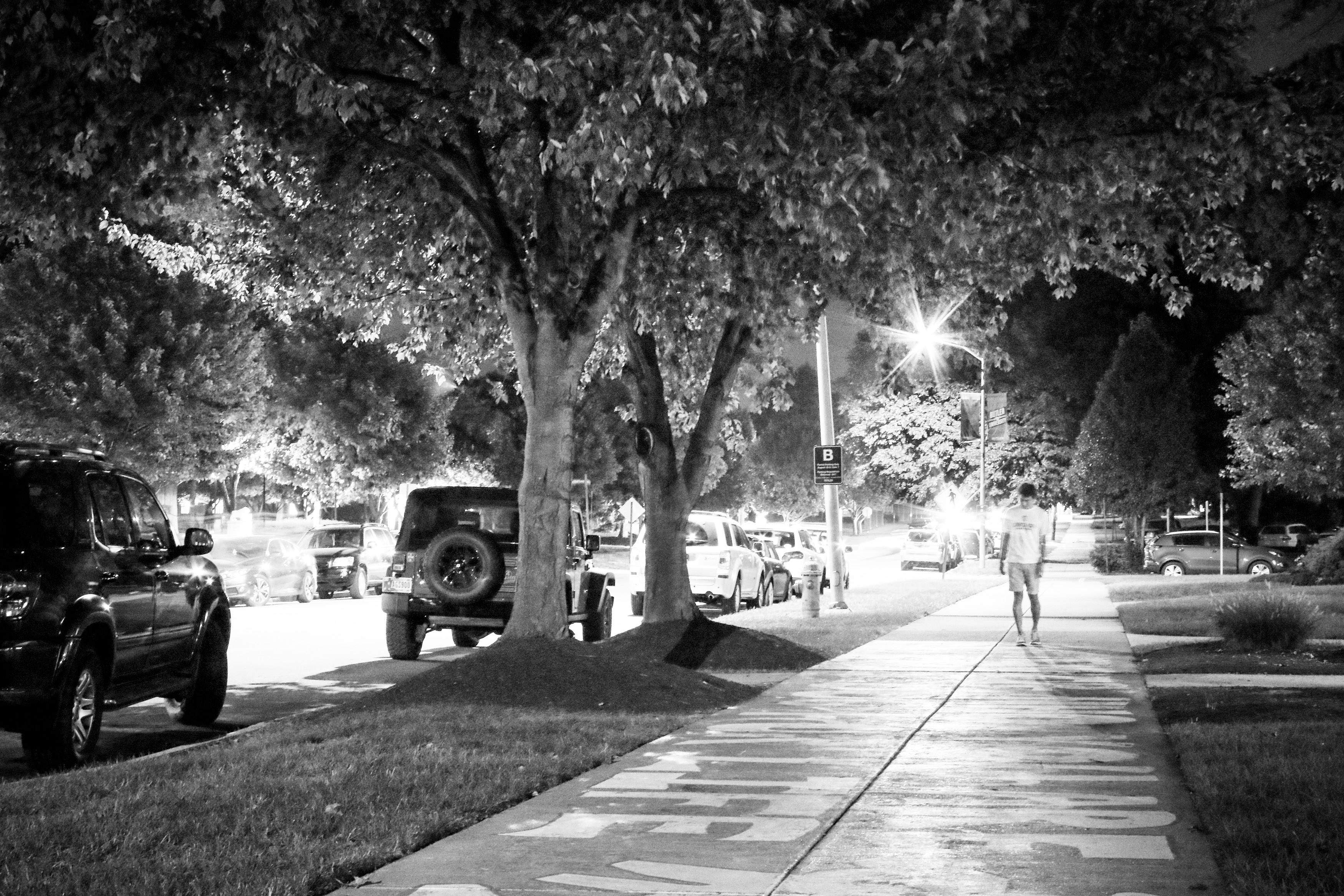 Calls regarding suspicious activity has led to increased patrol on Hampton Drive. Photo by Dana Lee.

Within the span of a week, the Butler University Police Department has received 10 calls regarding reports of several individuals lingering on Hampton Drive after dusk.

According to the public safety message BUPD sent on Sept. 13, “University Police has investigated several persons of interest matching descriptions they received; however there has been no report or confirmation of a crime this far.” An official report is conducted and entered into the crime log when a law is broken.

Anthony Rivera, assistant chief of BUPD, has increased patrol around campus in response to this activity.

“If it’s a public street and they’re not breaking the law, we can’t do anything to them,” Rivera said. “We can identify them and let them know that we’re here, but I can’t just shoo someone away because somebody doesn’t want them there. We’re operating within the law and people’s rights.”

Katie Shelford, a sophomore health sciences major and a member of a sorority on campus was at her chapter’s house when one of the incidents was reported. She heard a figure had been on Hampton Drive that night for four hours.

“I saw the cops come and talk to the guy for about 10 minutes,” Shelford said. “But we don’t know what was said. The guy then drove away, and I think the cop saw that a lot of the houses were watching what was going on so he came and talked to our person in charge of risk.”

Shelford said she thought it was an isolated incident, but it was followed with several rumors throughout the week. Rumors included several men taking pictures of houses and parking for long periods of time. Shelford said she did not see any of this happening.

Rivera said one person was a dining services worker, one was a contractor and one was an individual who lives in an old Greek house. Phi Kappa Psi still owns the property, and they have employees who reside in the house.

“I did increase patrol, and I placed an officer positioned in the neighborhood constantly,” Rivera said. “So I’ve given the opportunity to officers to work extras and be on foot more in the areas that need to be patrolled in order to get that stopped. We have officers, that when they go on foot patrol, will park the vehicle in a visible area so the presence is known.”

Rivera also emphasized the importance of contacting BUPD immediately and being a descriptive witness.

“Emergency line is fine,” Rivera said. “In my opinion if it’s something to do with safety, it’s an emergency.There’s nothing too small for us to look at, and trust your instincts. If it doesn’t look right, what’s it going to hurt to let us find out?”