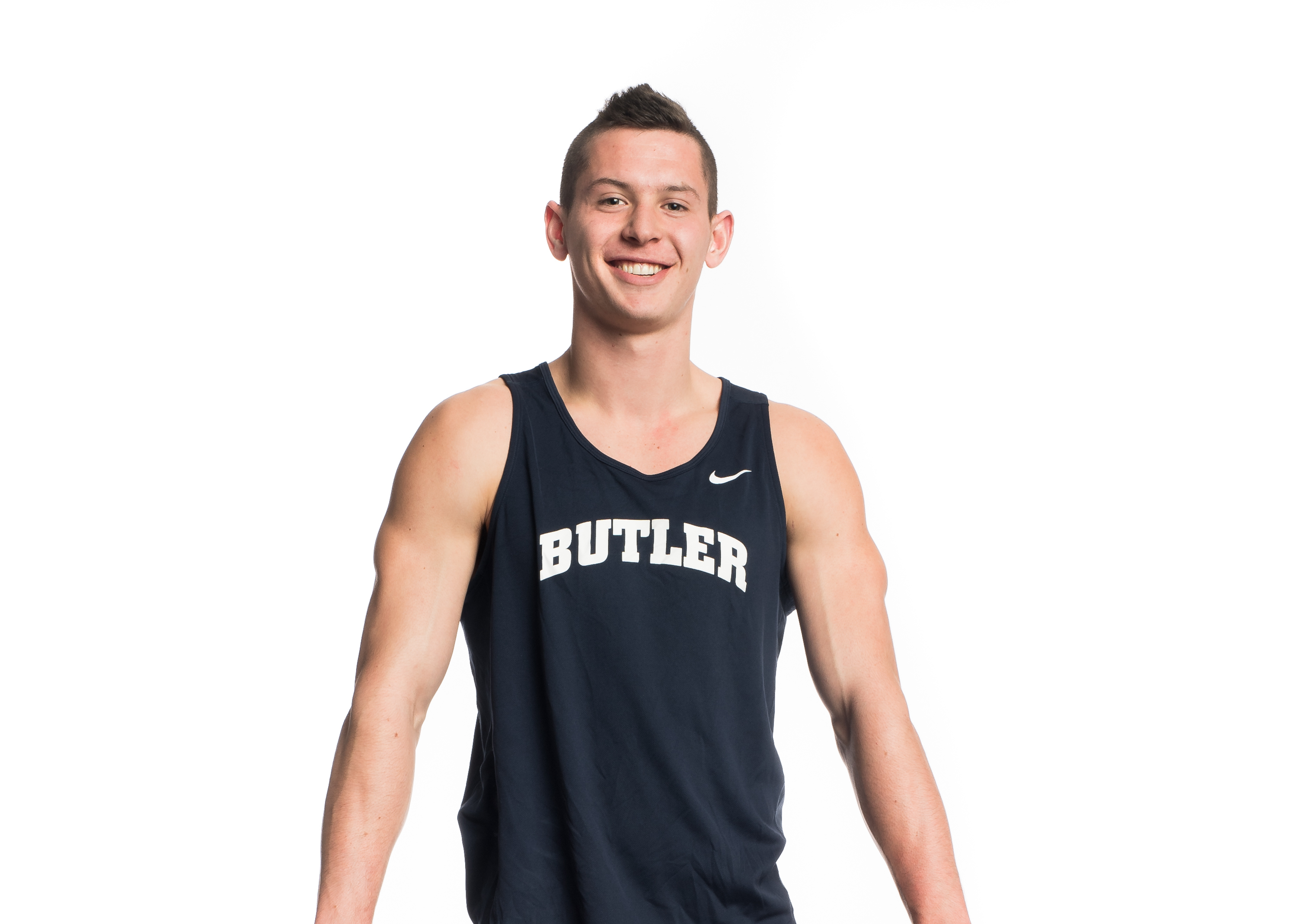 After current sophomore Wade Walder began to struggle in the 60 meter hurdles during the Illini Classic last year, both the Butler decathlete and assistant track coach Rob Burns were growing increasingly frustrated.

It was only the fourth indoor meet of the 2016-17 indoor track season and Walder’s fourth collegiate track meet ever.

Moving from high school to college brought a 7-inch height difference in the hurdles used. The difference proved more troublesome than expected.

“It’s almost like we were rushing through the race without executing the technique that he needed to do,” Burns said. “I gave him one cue. I said, ‘Keep your chest up.’ That was it.”

On a literal level, Wade needed to stay tall when he sailed over hurdles.

“With that one cue, he was athletic enough and skilled enough to do just that,” Burns said.

Walder made the adjustments and beat his personal record by half a second.

Figuratively, those four words exemplify Walder’s journey to become a national qualifier in the decathlon.

At Lockport Township High School, the Illinois native was primarily a pole vaulter and hurdler. After looking up the times and performances of members on Butler’s track team, Walder realized that he could compete at the Division I level.

“I talked to the [the coaching staff]. We called [them] up, and [they] made it sound like it was gonna be pretty fun,” Walder said. “I was pretty excited. I like track and working out, so we decided to give it a go.”

If it hadn’t been for that phone call, Walder would have ended his athletic career after high school. Instead, he added eight more events to his repertoire.

“He was doing running and he was doing jumping and he was hurdling a little bit,” Burns said. “But he was just kind of naturally good at all of them, without putting a whole lot of work in. And now with a program specifically designed for athletic development and all those run, jump, throw, sprint areas, you’re able to see his true, pure athleticism just take over.”

The coaching staff started eyeing the decathlon as a potential event for Walder the summer before he came to Butler. Seeing him in action, though, is what completely sold them.

“Seeing how well he moves, how fluid his motions are, that really was the turning point,” Burns said.

The throwing events were all entirely new to Walder. Then he had to completely rework his mechanics in the high jump. Even the pole vault and hurdles events he was familiar with from high school required work to compete at the collegiate level.

“It went bad for a while,” Walder said. “A lot of throws, discus.  I’m still figuring out discus, but through freshman year, I had no clue what I was doing.”

Still, Walder was the Big East champion in the decathlon during the outdoor season in his first year and was one of only two freshmen named All-Big East in the event.

“[Being named All-Big East] was pretty exciting,” Walder said. “Just walking to a new event and finding out right away that I was able to be competitive at it right off the bat.”

Burns said Walder has elevated the program to the next level in terms of recognition and is putting the school on the map when recruiting other high level multi-athletes.

He placed second in the heptathlon during the Big East Indoor Championships this year. Walder is no longer the kid who graduated high school without any Division I offers.

Even Butler didn’t recruit Walder. He was already committed to Butler with plans to major in actuarial science before the coaching staff knew his name.

Multiple times a week, he’ll be out on the field as many as three hours before practice starts. Jumping and throwing repeatedly until his form improves, Walder comes out early simply to improve his skills.

Walder said there are benefits that come along with the challenges of training for all of the events the decathlon entails.

“That’s the thing, if I’m struggling with discus, if I get frustrated, I can take two days off it, working on other things,” he said. “It’s not like I’m not showing up to practice. So that keeps it fresh, keeps it new.”

Even when struggling, Walder is able to have fun.

“When I’m with him, we’re able to laugh off our mistakes when we’re learning new events,” Richard Clark, junior decathlete on the team, said. “We’re able to laugh them off and figure them out together.  I think that [our positive energy] spreads throughout the team.”

Burns called Walder a perfectionist. While he hasn’t yet reached perfection, Burns said he believes that Walder will one day be a national qualifier for the decathlon.

And until then, he’ll just have to remember to keep his chest up.