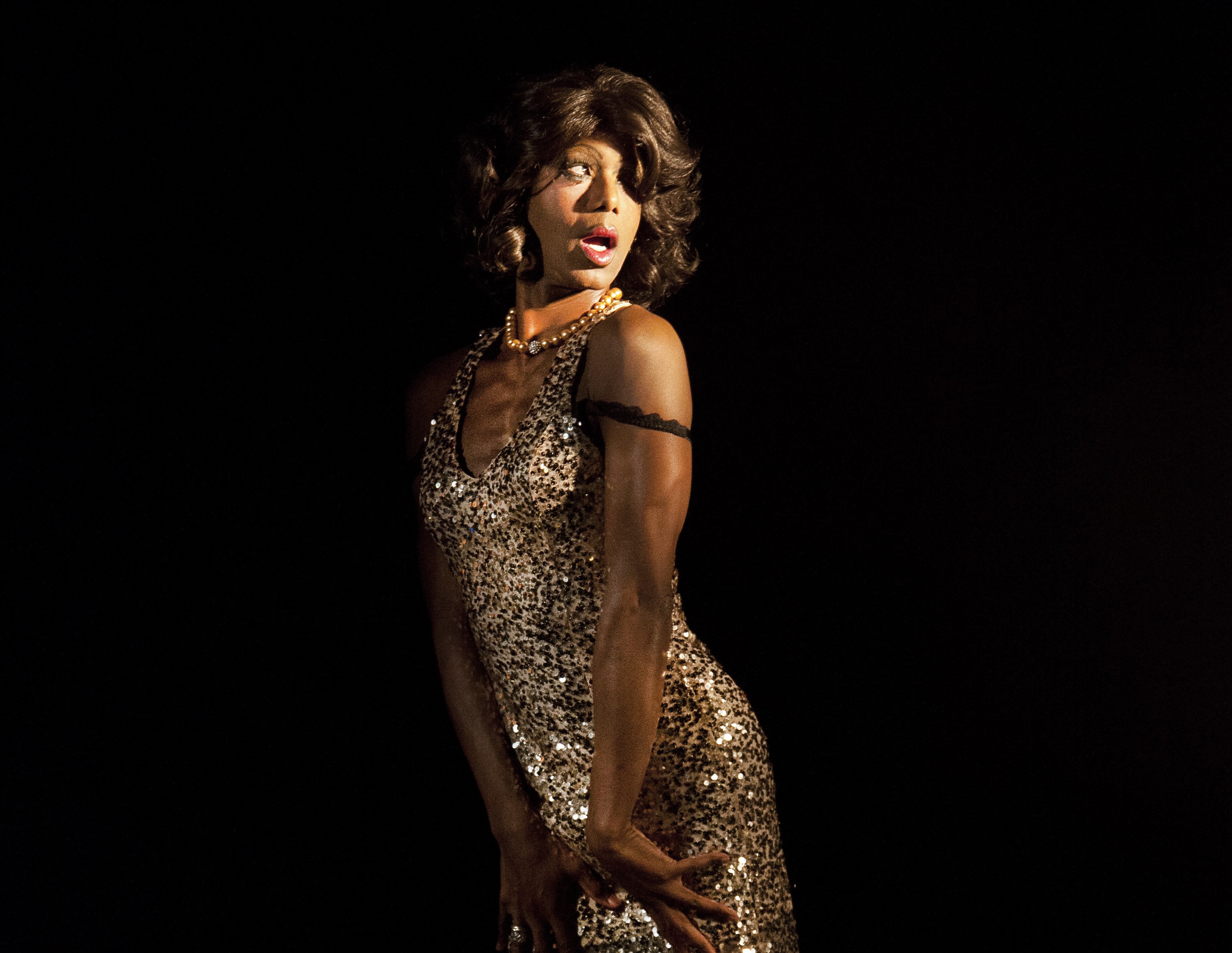 Dance professor Ramón Flowers was one of 19 artist who performed in Spotlight 2018 at Clowes Hall. Photo courtesy Ramón Flowers.

Spotlight Indy is a yearly event that showcases local artists and their talents. On Monday, 19 artists and groups performed in Clowes Memorial Hall, including Butler dance professor Ramón Flowers who performed a drag role specific to this event.

More than $20 million has been provided by the organization to more than 75 partner state-wide organizations through the Indiana AIDS Fund. These funds allow for the innovation of treatments through prevention and testing programs, which would not otherwise be possible without the organizations’ support.

Flowers, a dance professor and faculty member since August 2017, has been dancing in some capacity for the past 38 years. Before coming to Butler, he was a teaching assistant at the University of Iowa. He also taught ballet in New York City. Flowers is experienced with drag, having performed it on television, film and Broadway.

The solo Flowers performed at Spotlight is called Taboo, a drag role that he has done before. He thought the role was especially meaningful due to its connection to the cause.

“I decided on a drag performance, this particular drag role in fact, because it’s a piece that was created for, and in protest to the lack of support the government gave to the gay community during the AIDS crisis in the 80s,” Flowers said. “I thought it would be a perfect piece to present for this gala to continue the dialogue.”

While Flowers was not in the United States during the AIDS/HIV crisis in the 1980s, he still empathises with those affected by it past and present.

“I didn’t experience the loss that most of my friends did, however, I currently have a few friends who are living with HIV,” Flowers said.

Although the panic and mania surrounding the AIDS epidemic of the 1980s and 90s has died down, the awareness and support for those living with it has been relatively stagnant. According to the Indiana Semi-Annual Report on HIV/STD/Viral Hepatitis, there are 5,148 people living with HIV in Marion County alone.

The audience of Spotlight Indy 2018 included several Butler dance majors, most of whom came to support their professor. Darius Hickman, a first-year dance major, was among those who attended the event.

“We really wanted to support our professor,” Hickman said. “But I also came to support this cause, being African-American as well as a homosexual, to support my people. I enjoyed seeing all the different performances. It was a wide variety of styles, so that was definitely a favorite part.”

Arianna Morrison, a sophomore dance major, also went to cheer on Flowers and expressed her feelings for benefit events such as these.

“Ramón Flowers was one of my favorites, not just because I’m biased but also because his piece had a really good message,” Morrison said. “I’ve performed in events like this before and I hadn’t really done that since coming to Butler, so it was kind of nice to go to one of these, it was kind of like coming home.”

Morrison is proud to see the arts advocating for change and supporting impacted  individuals.

“I love events like these — the arts should definitely be used to give a voice to important causes,” she said.

All of the ticket sales directly benefited the Indiana AIDS Fund. This included any other donations that were made, and can still be made, online.