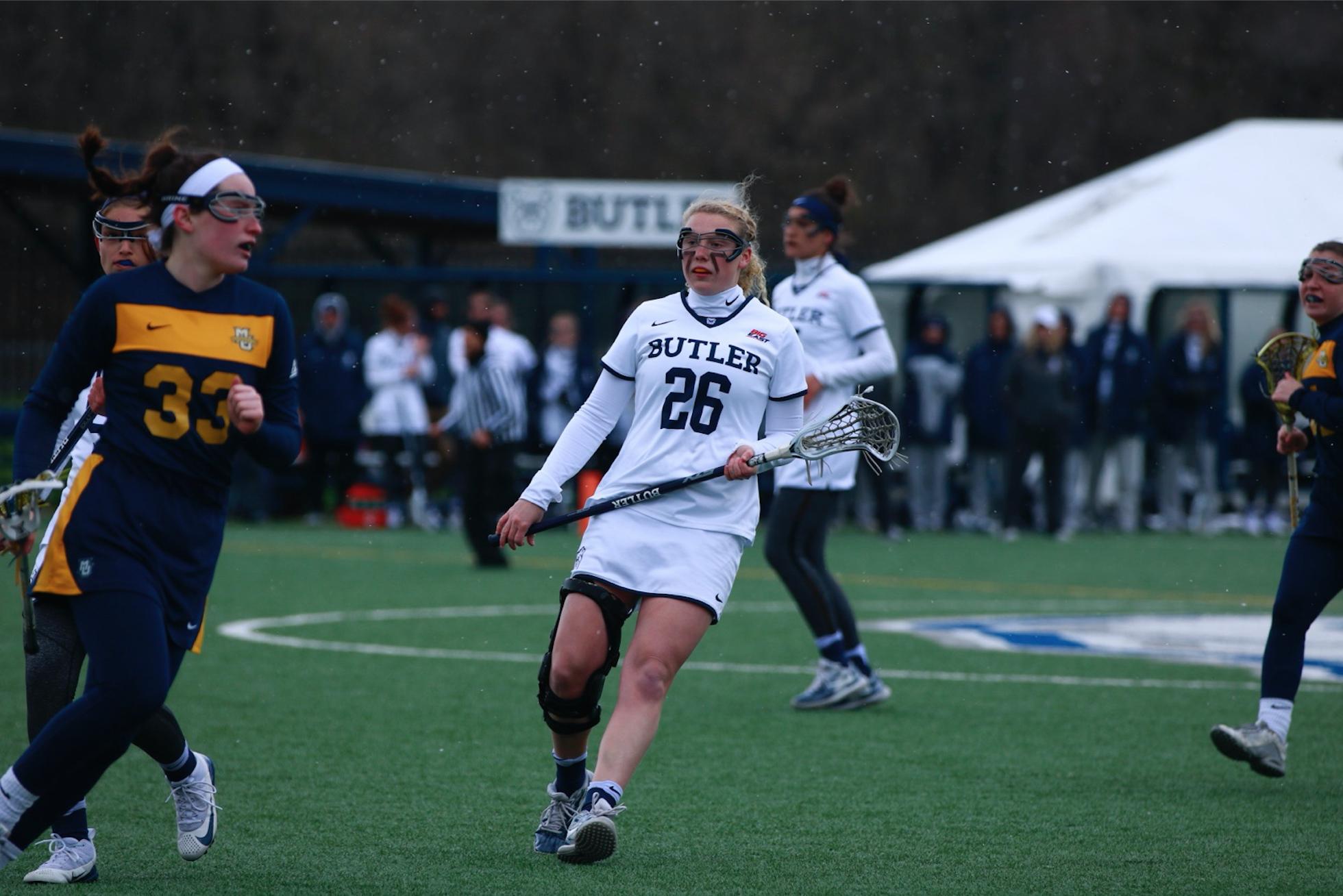 Ashley Guerra runs down the field. Guerra scored one of three goals during Butler’s match against Marquette. Photo by Jimmy Lafakis

The Butler University women’s lacrosse team dropped a 19-3 decision to Marquette University on April 4. The Bulldogs fell to 1-11 (0-4 Big East) while Marquette improved to 8-4 (4-0 Big East.)

“The main focus during Big East play has been working on transitions,” junior defender Carly Hewitt said. “It is something we will continue to work on, because it needs to be better.”

The game was dedicated to the One Love Foundation, an organization that works to end relationship abuse by educating young people about healthy relationships.

Today’s game vs Marquette was dedicated to @Join1Love. Both teams have completed @yards4yeards this season and participated in the Escalation Workshop ☝️💗 pic.twitter.com/toGBbrBbUl

“The team has learned a lot about adversity and giving 100 percent effort despite the circumstances,” junior attacker Adilyn Smith said. “We see the level we need to be at and are constantly working towards it.

Big East scoring leader Grace Gabriel scored a game-high six goals for Marquette. Butler did not score in the second half.

“This weekend we will focus on executing our transitions and possessing the ball,” redshirt junior midfielder Haley Hallenbeck said. “We will also be focusing on keeping our team energy high for a full 60 minutes.

The Bulldogs will travel to Georgetown University for a matinee on April 7. The match will start at 11:30 a.m.