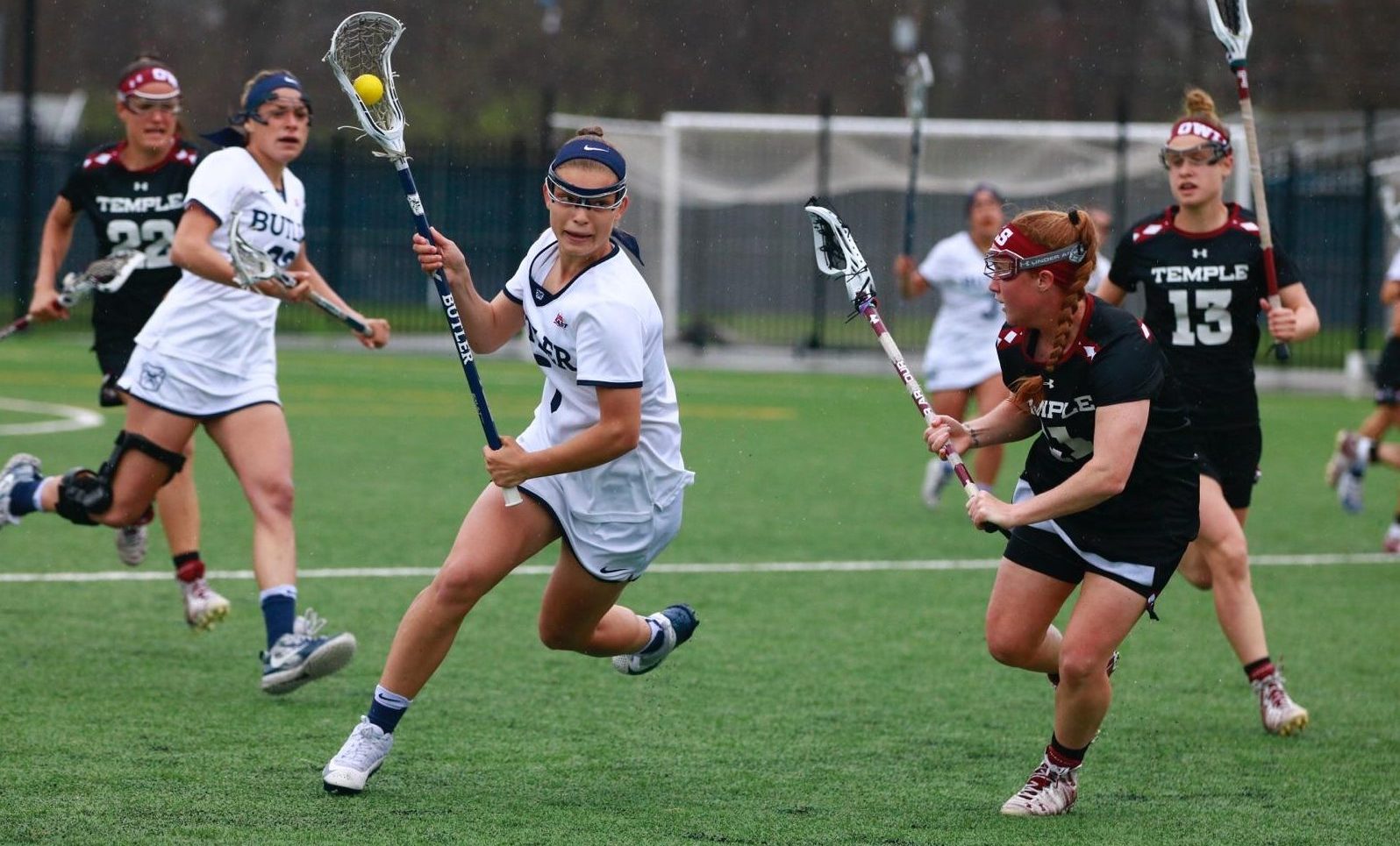 Morgan Paige drives toward the net. Paige scored Butler’s fourth goal in the loss to Temple. Photo by Jimmy Lafakis.

The Butler University women’s lacrosse team fell 18-5 to Big East foe Temple University on April 14. The match was originally scheduled for noon, but was pushed up two hours due to weather.

Butler led 3-2 early in the match after two goals from redshirt junior midfielder Haley Hallenbeck and one from sophomore midfielder Ashley Lizzi. Temple answered with a 5-0 run, but freshman attacker Morgan Paige found the back of the net on a free position attempt.

Starting lineup for today’s game vs Temple. Tune in at 10 AM on facebook live (weather permitting). #GoDawgs pic.twitter.com/5CpkLfFJjr

“In the first half, our energy on both sides of the ball was great,” Hallenbeck said. “Our goalie, Amanda Rumsey, made some incredible saves that kept the game competitive throughout the first half.”

Temple tallied 11 straight goals in the second half before freshman midfielder Isabella Mandli scored with 15 seconds left in the game. Butler recorded 14 saves in the match, 12 of which came in the first half.

“Today, we learned that you can’t just start off strong,” sophomore midfielder Mary Davide said. “You have to go hard the whole game.”

The Bulldogs will face Villanova University on April 18. The opening face-off is scheduled for 12:30 p.m.