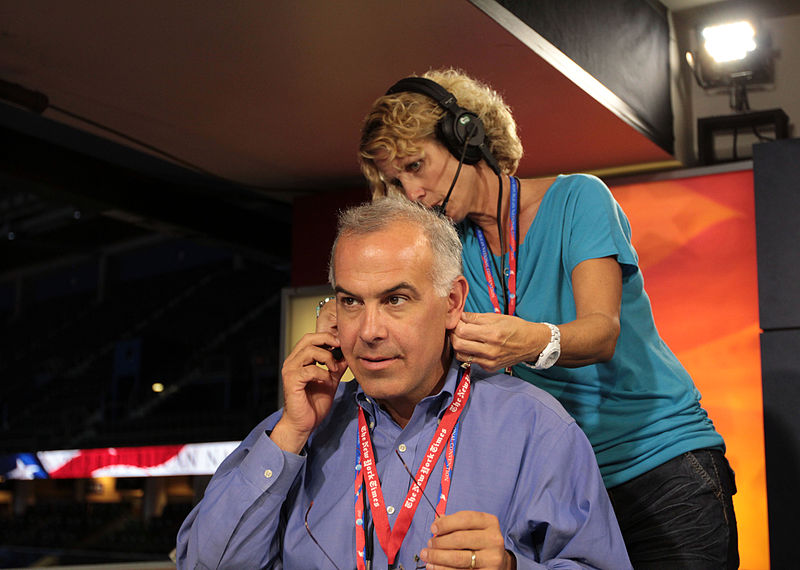 The immediate reaction I felt upon receiving the email from Butler University that the commencement speaker would be New York Times Opinion Columnist David Brooks was one of frustration. Despite the constant adversities the university has faced this year, they went ahead and doubled-down on bringing a problematic writer to campus to send their best and brightest off.

As an avid follower of the news, I am familiar with David Brooks as the writer of such thought-provoking and essential stories as  “Speaking as a White Male…” in which Brooks comes to the conclusion that if a large population of people thinks something is bad, we should ignore that consensus because mob mentality is dangerous, and also that it does not make sense to analyze the world through the lens of the aspects of your identities.

Or the classic “In Praise of Privilege,” in which he argues that we must stop, as a society, talking about privilege in the “negative” sense — i.e. checking one’s privilege — because that leads our country to a “recrimination psychodrama.” Essentially, if we force people to check their privilege, it polarizes our nation and therefore should be ignored. Never mind the point that checking privilege is crucial in helping stop the plague of institutionalized oppression because it makes people aware of the unlevel playing field; “privilege” is a buzzword for today’s political correctness-centric society, and the New York Times’ resident cantankerous skeptic will be damned if he does not speak out about it.

But perhaps my favorite of all his pieces is the evergreen “Understanding Student Mobbists.” The opening of the story reads:

Students across the country continue to attack and shut down speakers at a steady pace, from Christina Hoff Sommers to Jordan Peterson. I confess that I find their behavior awful. My gut reaction is that these student mobbists manage to combine snowflake fragility and lynch mob irrationalism into one perfectly poisonous cocktail.

It is undeniable that the writing pops off the page. “Snowflake fragility and lynch mob irrationalism” has a ring to it that is hard to describe, but it really helps show why he has amassed such a following. And of course, the article makes sense; what could be scarier than the dreaded college students, well-documented subjects of horror and lore? It is, after all, completely rational that a grown man and professional journalist fear the collective mass of people half his age, especially if they are banding together to fight against speakers with objectively horrible takes.

But for what it is worth, I honestly cannot even be all that aggravated with that viewpoint, because, I suppose, I am engaging in an act of snowflake fragility by writing this article.

But this begs an important question: why does Brooks feel safe coming to Butler’s campus? We are a liberal arts institution and we should, on paper, present the antithesis to Brooks’ sensibilities.

Senior international studies, political science, and Spanish triple major Alejandro Mendoza may have an answer. To Mendoza, it makes sense that Butler would invite Brooks to speak, though it is very frustrating and something of a let-down.

“I think that when you look at it, at its most basic form, he is perhaps the best individual to choose for a commencement speaker in terms of how Butler is run, how Butler operates,” Mendoza said.

He recognizes Butler as an institution that is much more progressive in show than in actual action, and he views Brooks in the same way.

“Butler is a university that credits itself on being extremely progressive when it comes to social issues… But when you dive deeper into these issues, into how they manifest, Butler is, at its core, a deeply conservative school and has extremely conservative students along with those families,” Mendoza said, “I mean, look at racial issues on campus, for example… There is a lack of diversity among the student body on campus.”

He views Brooks as a writer who seems to be rather uncontroversial at first, but actually hides his more radical opinions in calm, non-threatening language, even burying controversial ideas in articles that focus on something wholesome and agreeable.

But whereas Mendoza views this as a flaw, senior Amber Patrick thinks this is the best-case scenario. Patrick is an English and international studies double major, and she shares Mendoza’s sentiment that below the surface, Butler is a much more conservative institution than they let on. But despite, this, Patrick does not see him as the worst choice for a commencement speaker.

“I know his political views don’t necessarily match my own, but assuming he doesn’t go on a tirade about politics, he will probably be a safe choice for a commencement speaker,” Patrick said. “You know, I’m not looking for him to come give a mediation on America’s political climate. I don’t need someone who aligns with me politically to inspire me or to give me words of wisdom as I part from Butler.”

I think there is a lot of truth to the analyses provided by my peers. David Brooks is, in all honesty, about the most vanilla of any controversial figure Butler could bring to campus. His opinions are those of the antiquated-middle-aged-white-male variety, but he is ultimately fairly toothless.

What this does not mean, however, is that his presence should go unacknowledged. He is deeply critical of students bonding together to fight against things they believe to be wrong; he fights for values that are becoming increasingly called-out as a remnant of a past age. He expresses a disdain of students using their voice because he does not like what he often hears. He feels his views being threatened, and he fights back by lashing out at the students who are raising their voice.

What does it say to our students if we invite speakers that peddle a message like that? As far as I can determine, the message Butler is sending is clear: they do not care about the student voice. Brooks’ name is relatively well-known, and there is a certain level of prestige provided by his presence. What he actually says does not matter to Butler because it does not have to. It will still be able to market itself as a progressive institution; it will get to continue ignoring the lack of diversity regardless of who it brings to campus.

It is a privilege to get to attend Butler. Of this, there is no doubt. And because of that, I am proud to call myself a Bulldog. But if Butler really wants to pride itself on being an institution that is constantly forging ahead, perhaps it is time that started actually acting like that. Brooks will no doubt give a fine cookie-cutter speech that generates some level of inspiration in the dregs of the students’ hearts. This does not mean we should be OK with that.