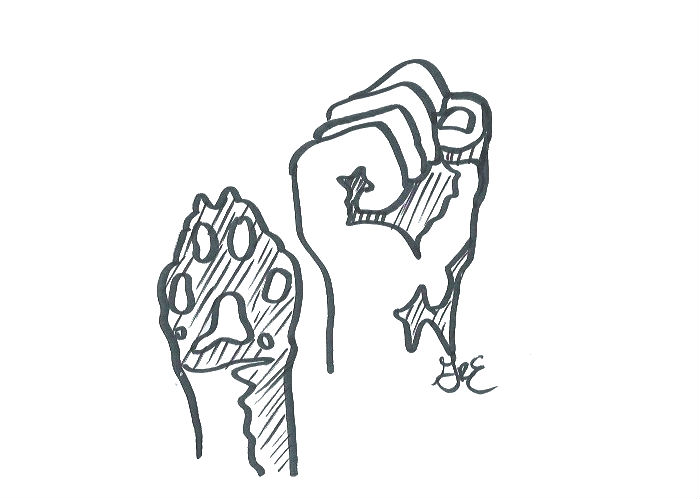 On March 24, as part of the March for Our Lives movement, we were incredibly moved by this peaceful rally aimed at bringing attention to America’s horrifyingly prevalent gun violence issue.

It is typical for marches, rallies or protests to attract a specific demographic of participants. For example, the national Women’s Marches attracted a female majority.

This was not the March for Our Lives experience. Roughly 800,000 attendees comprised a myriad of ages, races, ethnicities, faiths, socioeconomic backgrounds and, perhaps most notably, political parties.

The entire day carried a special energy. The aggression that suffocates most politically-charged public events was absent. Instead of angry tweeting or laughing over talk show parody skits, hundreds of thousands sang along to the pop songs played over huge speakers. A group of moms helped us over a break in the sidewalk. Toddlers in front of us munched peanut butter and jelly sandwiches, smiling shyly. Several people asked for pictures of our matching hats.

Emotional connectivity united us, rather than blind party loyalty.

For once, party affiliation was not at the forefront of an American statement. All protesters shared common ground: the push for some further level of gun sales regulation.

Some Americans merely want the legal purchase age raised to 21. Some push for a ban on high-capacity magazines, a lengthy waiting period (similar to those implemented by tattoo parlors), or the ban of privately owned semi-automatic weapons altogether. Some are staunch supporters of the Second Amendment, but find issue with the ease by which weapons are bought. Others protest the arming of teachers or security guards in schools.

Though beliefs of the marchers varied, the event sparked peaceful discourse between differing viewpoints. The usual chasm of public opinion was bridged by a common goal: save lives through a more thorough approach to gun safety. The aura of open-mindedness in D.C. was refreshing, especially considering the endless heat of pettiness and mudslinging in recent years.

Poor cell phone service forced us all to interact face-to-face. The afternoon was experienced “in the moment”, rather than endlessly recorded on Snapchat. All communication, from walking directions to chants to calls for medical attention, we spread by word of mouth. A safe, respectful environment set a perfect platform for the march’s correlating message.

The main focal point for the march was a stage set directly in front of the Capitol. For four hours, the podium was occupied not by senators or CEOs, but by children, all victims, in one way or another, of gun violence. The scene looked straight out of a dystopian novel: think the Hunger Games reaping.

The speakers hailed from across the country. Several told stories of life on the south side of Chicago, south central Los Angeles, or Parkland, Florida. All were passionate, moving, and well-spoken, which is more than can often be said of renowned adult figures.

Samantha Fuentes, an MSD student who was shot twice during the Feb. 14 attack, vomited mid-paragraph, regained her composure, and exclaimed, “I just threw up on international television! And it feels great!”

Fuentes soldiered on, and then broke our hearts once again. She asked everyone to join her in singing “Happy Birthday” to Nick Dworet, a classmate killed during the attack, who would have turned 18 that day Her voice rang out strongly, mixed with thousands of our broken sobs.

Jaclyn Corin introduced “a special friend” at the end of her speech — none other than Yolanda King, Martin Luther King Jr.’s granddaughter. The 11-year-old shares her grandfather’s luminous presence and strong voice — and his eyebrows.

“Spread the word! Have you heard?” she chanted. “All across the nation, we are going to be a great generation!”

The empowering words of an elementary student touched millions, from her podium — much like the words spoken from a similar podium, at a similar march, just over 50 years ago. Her words backed the intersectional theme of the march, reiterating that gun violence affects individuals more often when outside white upper middle class communities, but national media attention often overlooks the prevalence of such crime.

Several student speakers addressed ongoing gun violence in their home communities, emphasizing that this struggle, for people of color, has been shredding communities long before a national gun control movement gained momentum.

Speaker Edna Lizbeth Chavez, a high schooler from south LA, lost her brother Ricardo when he was shot in the head while walking home from school.

Other speakers of color, such as DC high school senior Zion Kelly, who lost his twin brother to gun violence earlier this year, addressed the inadequate efforts of lawmakers to provide impoverished or non-white areas unbiased law enforcement or security measures.

Wrenching stories were delivered one after another, but with striking undertones of hope and relentless zeal. The highly emotional day was neither an outpouring of grief nor an upbeat parade, but polished by well-balanced rhetoric.

The only adult contributions we saw during the program were those of the performers, who highlighted the gravity of each student’s speech with music.

Most powerful was Miley Cyrus’ “The Climb.” The song is especially loved by middle-schoolers to college students, creating a sense of familiarity and nostalgia.

Jennifer Hudson and duo Lin Manuel Miranda and Ben Platt also delivered relevant messages through their music, but did not make any separate speeches or assert personal opinions. Instead, they concluded with mere thankfulness to be present and performing.

Posters and signage were a well-utilized medium for the marchers. Millennial absurdist humor made itself prominent: hundreds of memes and clever wordplay were splashed across cardboard. The most memorable were immortalized by photographers, from teen Instagrammers to professional journalists.

In 2018, it is the youngest among us, those who are thought to have experienced the least, who are revealing America’s blatant disrespect for life, and sickening propensity for violence.

It is hard to accept that senseless violence can have a positive effect. However, incidents like Parkland have created resolve to end suffering for the sake of the entire nation, regardless of any barriers, whether geographical, educational, racial, religious, political or cultural.

The march reminded us human life is not a partisan issue. Respect for life is a universal moral absolute, whether you’re a Republican, Democrat, Libertarian, Green Partier, whatever.

It’s time to embody the March in our everyday lives. Instead of engaging in Facebook rants, spewing one-sided narratives or fueling intolerance, embrace honest discussion — then, flex your voting rights.

If our government’s constituents can move beyond immature name-calling and stubborn policymaking, so too should their representatives. If students understand peaceful protest and constructive communication, why can’t our adult “leaders”?

Watch the kids, Congress, and take note. It’s not red versus blue. It’s life versus death.

A singular human life is worth more than any piece of legislation.