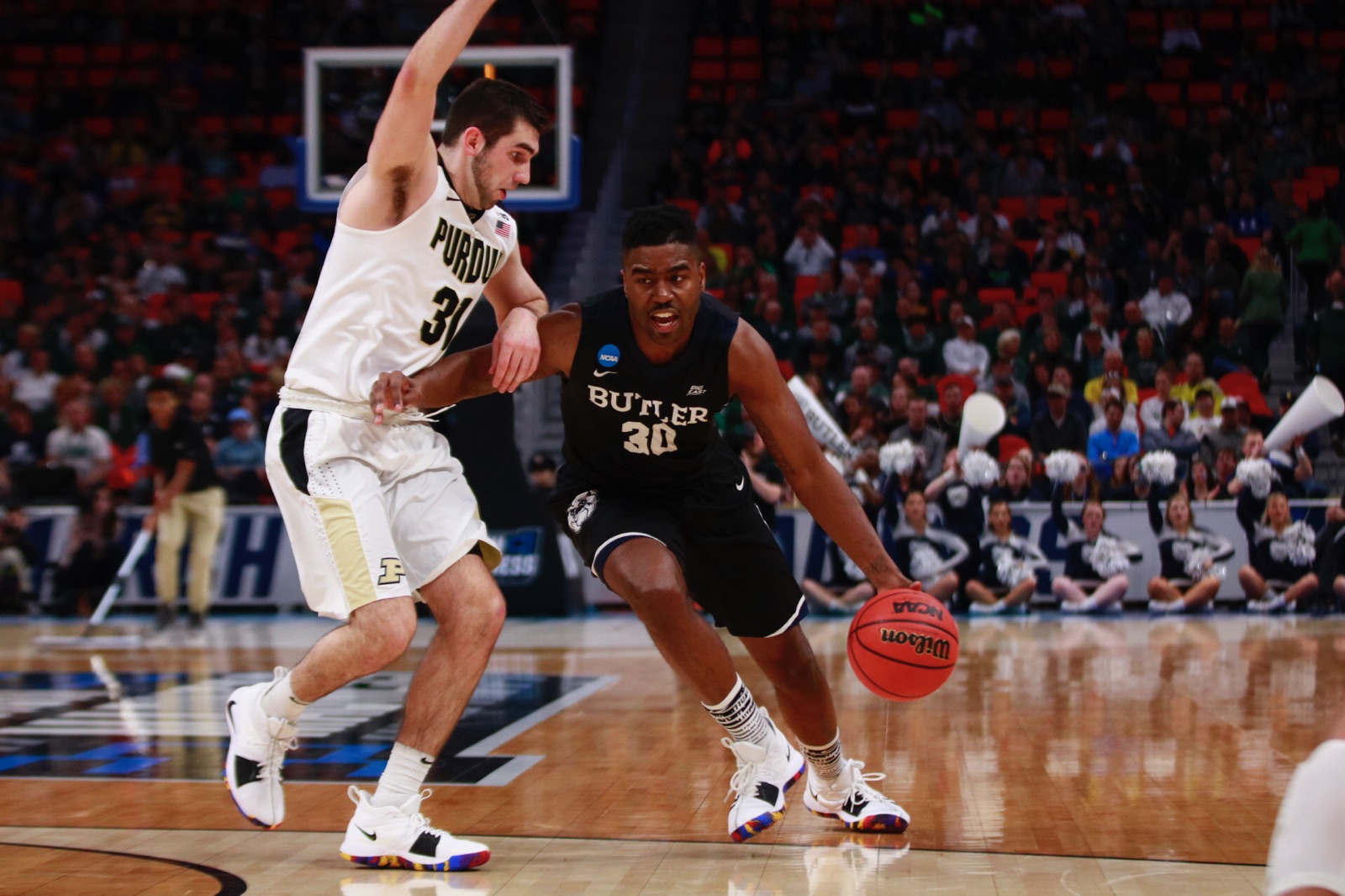 Kelan Martin drives to the basket. Martin scored a game-high 29 points to become the second all-time scorer in Butler history on March 18. Photo by Jimmy Lafakis.

In an NCAA Tournament matchup between two Indiana teams, Purdue walked away with the 76-73 win over Butler for a spot in the Sweet 16.

The game featured seven lead changes and back-and-forth baskets from both teams until a last-second 3-point shot attempt from Kamar Baldwin fell short to deprive Butler of a second chance in overtime.

Purdue sealed the win over Butler after Dakota Matthias hit a 3-pointer from the top with 13 seconds left in the game. Then, with just over 2.1 seconds remaining, Kelan Martin dropped in a layup to put Butler within two points of the lead.

After entering the half with a four-point deficit, the Bulldogs gained a 43-42 lead after Wideman stole the ball from Vincent Edwards for a fast break and dunk.

Purdue immediately responded with a 3-pointer from P.J. Thompson, which eventually snowballed into the Boilermakers’ largest lead, 61-51 at the 10:11 mark.

Purdue shot 50 percent from the field compared to Butler’s 49 percent, but held the advantage in 3-point shots. While both teams made five 3-pointers each in the first half, Purdue drained six shots from beyond the arc then limited the Bulldogs to just one made shot in the second.

Defensively, Butler tallied 28 rebounds while Purdue recorded 30, led by Matt Harms’ game-high of six. The freshman played a career-high 29 minutes after stepping in for Isaac Haas, whose college basketball career ended due to an elbow fracture sustained in the first-round win over Cal-State Fullerton on March 16.

With the loss, seniors Martin and Tyler Wideman conclude their collegiate basketball careers in Detroit. They represent the third senior class in school history to play in four straight NCAA Tournaments and graduate with 91 career wins. The number ties Butler head coach LaVall Jordan’s total when he graduated in 2001 as the program’s winningest player.