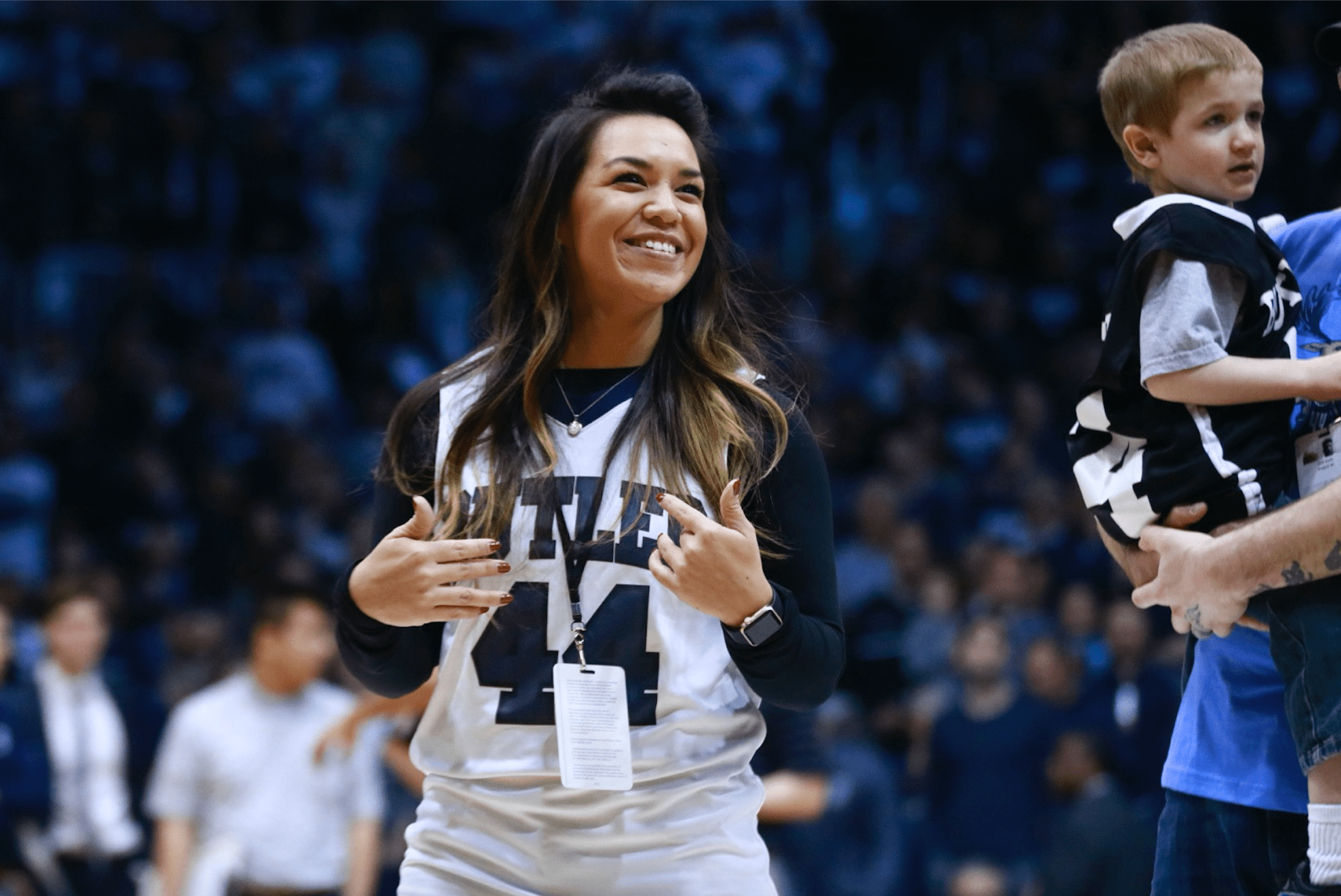 Samantha Smith stands on the court of Hinkle Fieldhouse with Deegan Scott to her right as Butler honored Project 44 on Feb. 17. Smith and Scott will be featured in a SportsCenter feature on March 25. Jimmy Lafakis/Collegian file photo.

The feature, narrated by Tom Rinaldi, will highlight Andrew and Samantha Smith’s legacy through Project 44 and what the project is about, according to an ESPN press release.

It will also dive into how the project has already saved a life, that of Deegan Scott.

The feature is produced by Lauren Stowell. In the press release, she said the subjects of this feature standout because of what they learned from personal experiences.

“During Andrew’s treatment, he and Samantha learned more about the bone marrow transplant process, and that spurred them to want to champion that cause,” she said. “Even while he was alive and fighting, he was holding bone marrow drives at Butler.

“But what is most remarkable part of this story for me – through all of that grief and tragedy that Samantha went through, she was able to find something positive in that moment, and she held a bone marrow drive at her husband’s funeral.”

The feature will premiere at 8 a.m. ET Sunday on SportsCenter and will be replayed throughout the day.