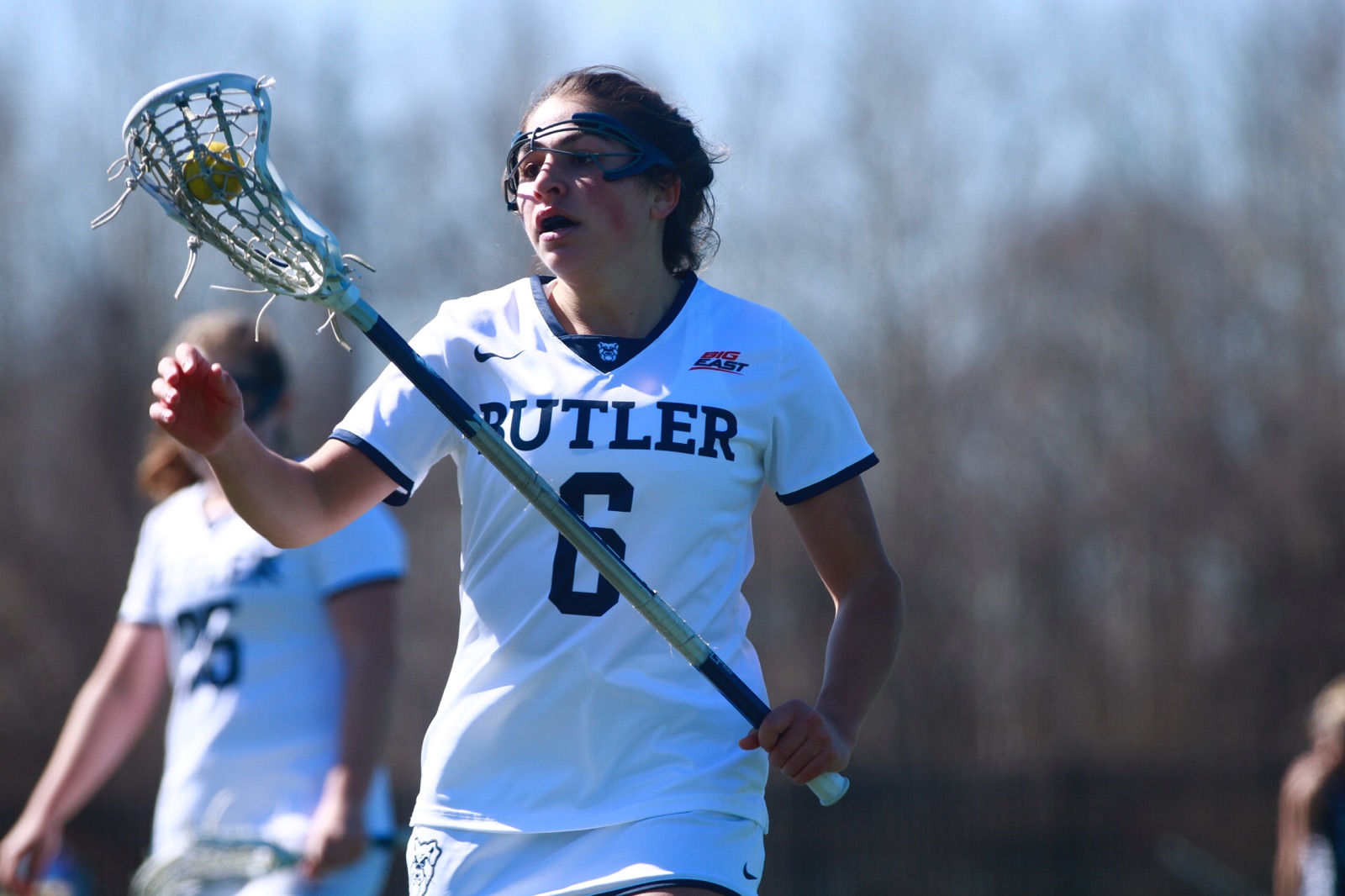 Elizabeth Davide during the Butler vs. University of Detroit Mercy game. The women’s lacrosse team is still searching for their first win of the season. Photo by Jimmy Lafakis.

The Butler University women’s lacrosse team lost 16-6 to the University of Detroit Mercy Titans on March 3. The matinee saw Butler fall to 0-4 on the young season.

Butler jumped out to a 1-0 lead after Hallenbeck’s goal, but trailed 10-2 by halftime. Freshman attacker Karina Latsko added the Bulldogs’ second goal of the half.

“It always feels nice to contribute for the team,” Latsko said. “This team is getting a lot better at working together in the midfield in transitions, as well as riding from the attack.”

The Bulldogs added goals in spurts in the second half. Sophomore goalie Haley Rayburn played all 60 minutes for Butler and made eight saves in the net.

“As a team, we worked really well on our rides and transitions,” sophomore midfielder Ashley Lizzi said.

“It becomes high when we go on a run,” Davide said. “Especially when someone scores or gets interceptions.”

The Bulldogs will host the Campbell University Fighting Camels on March 27. The match is slated for 3 p.m. at Varsity Field.