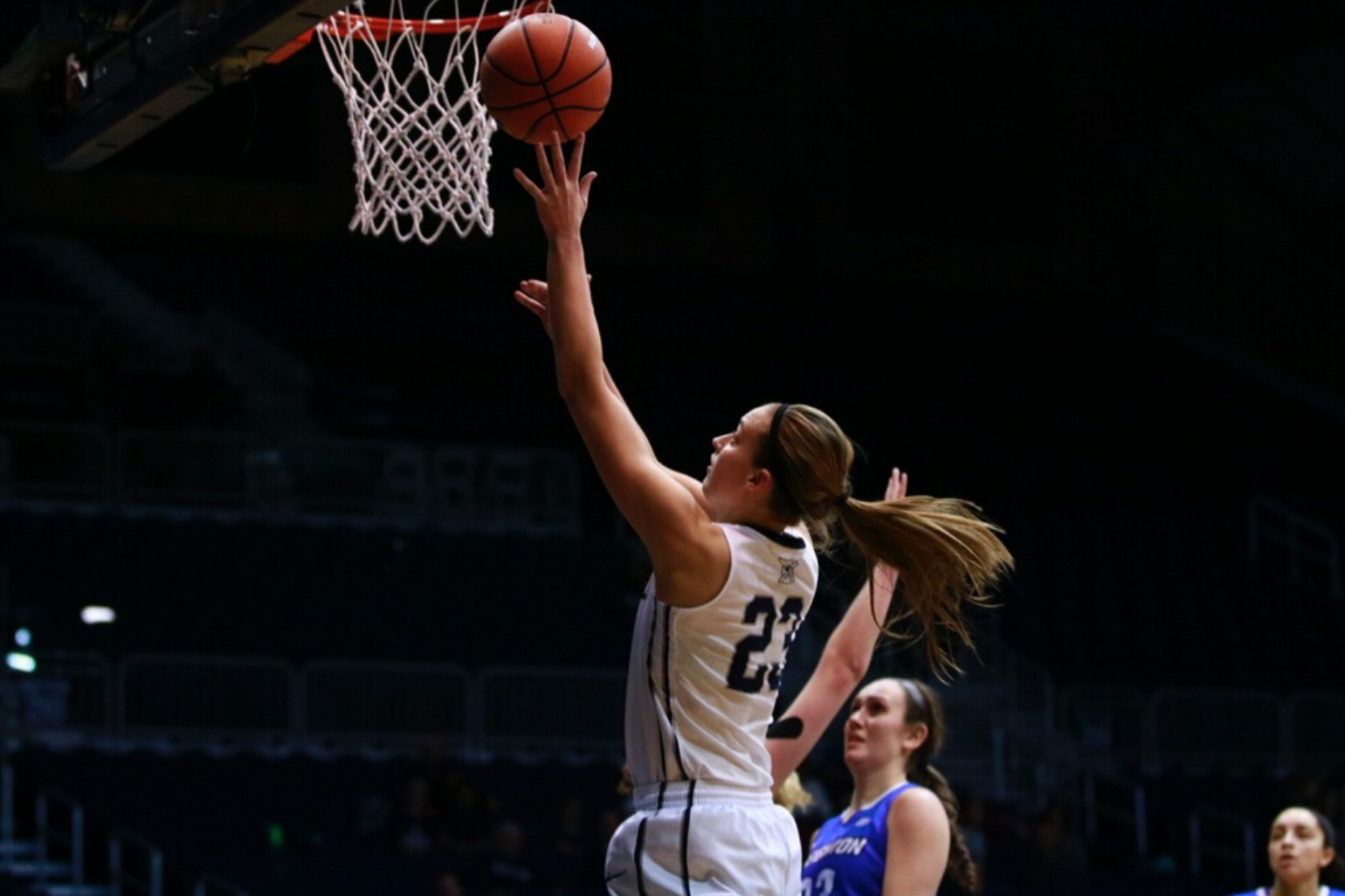 Shae Brey goes up for a layup. Brey pulled down ten rebounds in the team’s loss to Seton Hall on Feb. 4. Collegian file photo.

The Butler University women’s basketball team fell to 5-8 in Big East play and 13-12 on the season with a 75-64 road loss to Seton Hall University on Feb. 4. The Bulldogs have now lost four straight games.

After a 38-point loss at St. John’s two days prior, the Bulldogs got off to a strong start against the Pirates, leading 18-10 after the first quarter of play. Seton Hall cut Butler’s lead to one possession multiple times throughout the second quarter, but the Bulldogs were able to hold onto the lead and take a 37-32 lead into halftime.

BU leads SHU by five at the half. Jennings has a team-high 17 points pic.twitter.com/8YVh4diFjK

Redshirt junior Whitney Jennings, who finished with 11 points in the team’s previous matchup against Seton Hall, tallied 17 points in the first half. But the Pirates were able to hold her scoreless throughout the entire second half as they mounted a comeback.

Butler started the third quarter strong, opening up their lead to nearly 10 points, but Seton Hall responded to outpace the Bulldogs 13-11 in the frame and cut Butler’s lead to three points. The Pirates then went on an offensive tear in the final ten minutes of play, outscoring Butler 30-16 to pull off the comeback.

For the game, Butler shot nearly 42 percent from the field, compared to 38 percent from Seton Hall. The Bulldogs also out-rebounded the Pirates, 42-32, but committed 19 turnovers.

Butler will look get back on track at Hinkle Fieldhouse against DePaul University Feb. 9.