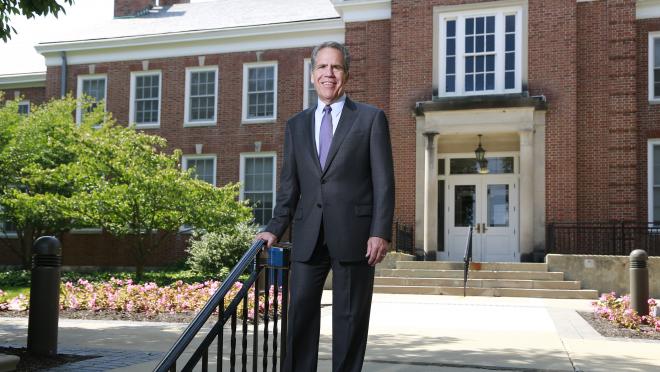 Butler University President James Danko released a statement Friday night in response to recent allegations of sexual assault in the IndyStar and Butler Collegian assuring action is going to be taken.

In the statement, Danko said that after the news cycle this week, he felt compelled to reach out to the Butler community one more time before the weekend.

“[T]his has been a very difficult week for many on our campus,” the statement read. “I did not want to move into the weekend without reaching out to our entire community, again, to assure you that in this matter, as in all such cases, our highest concern has been, and will continue to be, for the student. When one person on our campus is victimized, their hurt extends beyond the individual and is deeply upsetting to many others on our campus.”

Danko said in the statement it was “unfortunate” that the allegations came to light in the media, because it could have been misinterpreted or may have lacked context.

This all came to light on Monday when IndyStar reported a story of a former Butler student who’s sexual assault case was mishandled, she felt. Danko released a statement Monday night in response to the news, but some, including Butler students, felt it lacked the direction needed by a university president and wrote a letter to the editor.

The parents of the victim in the IndyStar story wrote a letter to the editor in the Collegian expressing concern with how Butler has handled sexual assault cases and said they were denied a meeting with Danko to discuss the issue.

In Danko’s second statement, emailed to Butler students Friday night, he said that Frank Ross, Butler vice president of student affairs, was coming up with an action plan for the university to improve upon its sexual assault policies. Ross will report to Danko with a new plan in 30 days.

“Dr. Ross and his staff, as well as Title IX Coordinator Jamie Brennan, will meet with groups of students to talk about ways we can improve as a campus,” the statement said. “We will also engage our staff and our faculty—including those with disciplinary expertise relevant to gender bias, discrimination, and harassment—in these conversations.”

The Collegian will continue to follow this story and provide updates as necessary.