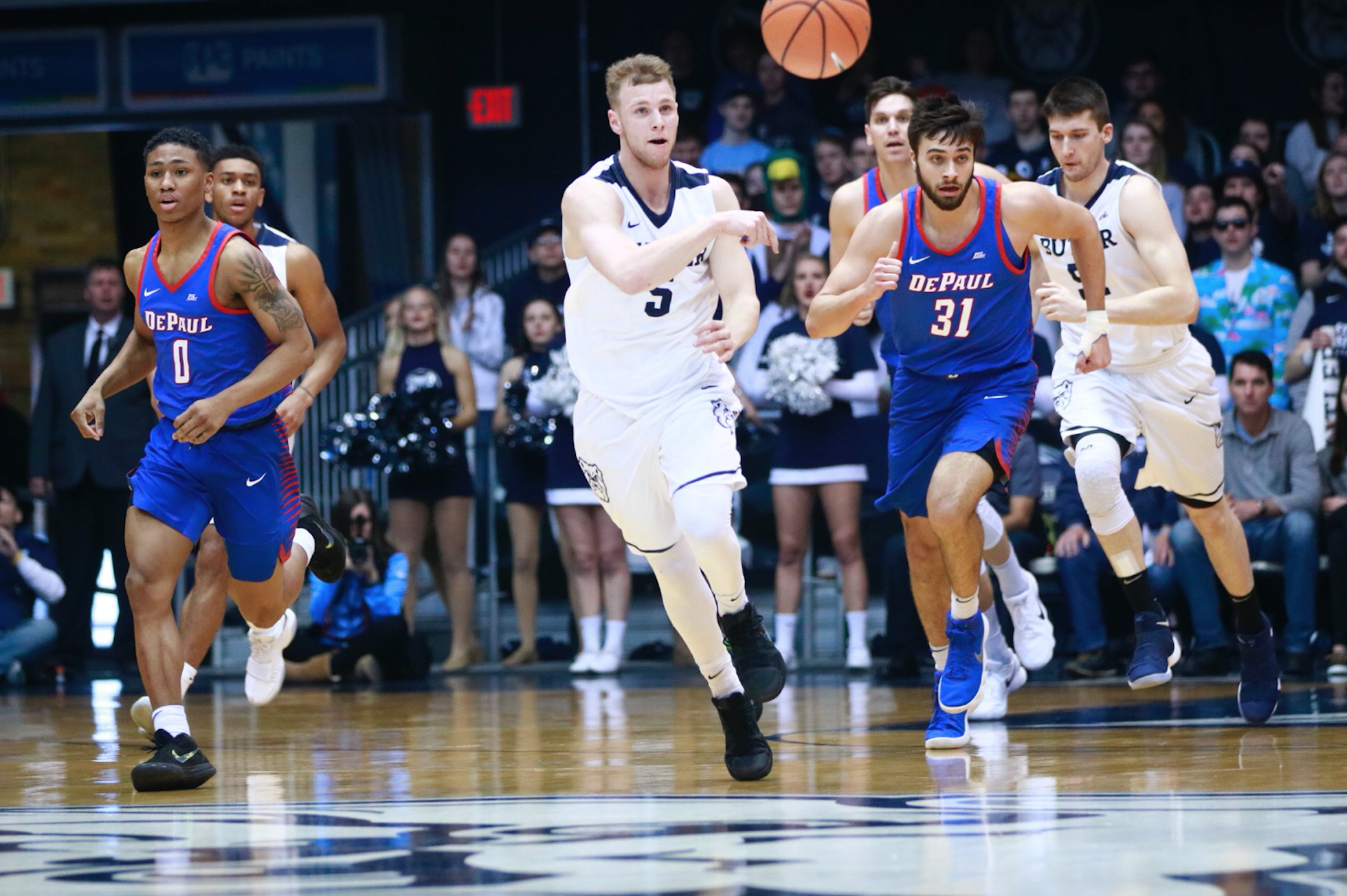 Butler picked up their fourth straight Big East win on Feb. 3 in an afternoon matchup against DePaul. The 80-57 win bumps the Bulldogs’ season record to 17-7, while the team is 7-4 in conference play.

“They’re locked in and holding each other accountable,” head coach LaVall Jordan said. “That’s when you can make huge strides and huge jumps —when it becomes player-owned.”

Kelan Martin scored 19 points in the first half en route to a 26-point performance. The senior also picked up a team-high six rebounds and six assists.

“Just making winning plays for the team,” Martin said. “They started double teaming me in the post so I kicked it out to Sean [McDermott] and Paul [Jorgensen] and Tyler [Wideman] when he cut to the basket.”

A look at the numbers from the first half.. Kelan Martin leads the Dawgs with a game-high 19 points. pic.twitter.com/8OMuDk9n2a

A strong defensive front dismantled DePaul early on by forcing 23 turnovers for 27 points. Defense has been key to Butler’s success as of late.

“We really locked in on the game plan,” McDermott said. “Knowing what the other team wants to do, recognizing some of their plays, communicating as players on the court what we’re seeing. I think guys stepping up on the court has really helped us.”

St. John’s Shamorie Ponds (19.7 ppg) and Marquette’s Andrew Rowsey (19.5 ppg) were both limited to a combined two points when playing the Bulldogs. This time around, it was Max Strus (17.8 ppg) who scored just seven in Hinkle Fieldhouse.

As a team, DePaul shot 38 percent from the field and just 25 percent in threes.

Butler led for the majority of the game and were up 40-30 at halftime. The Bulldogs shot 41 percent from the field and 44 percent from the 3-point arc to outscore the Blue Demons by 13 in the second half.

A look at the second half highlights… #GoDawgs pic.twitter.com/IGzBUFUuhv