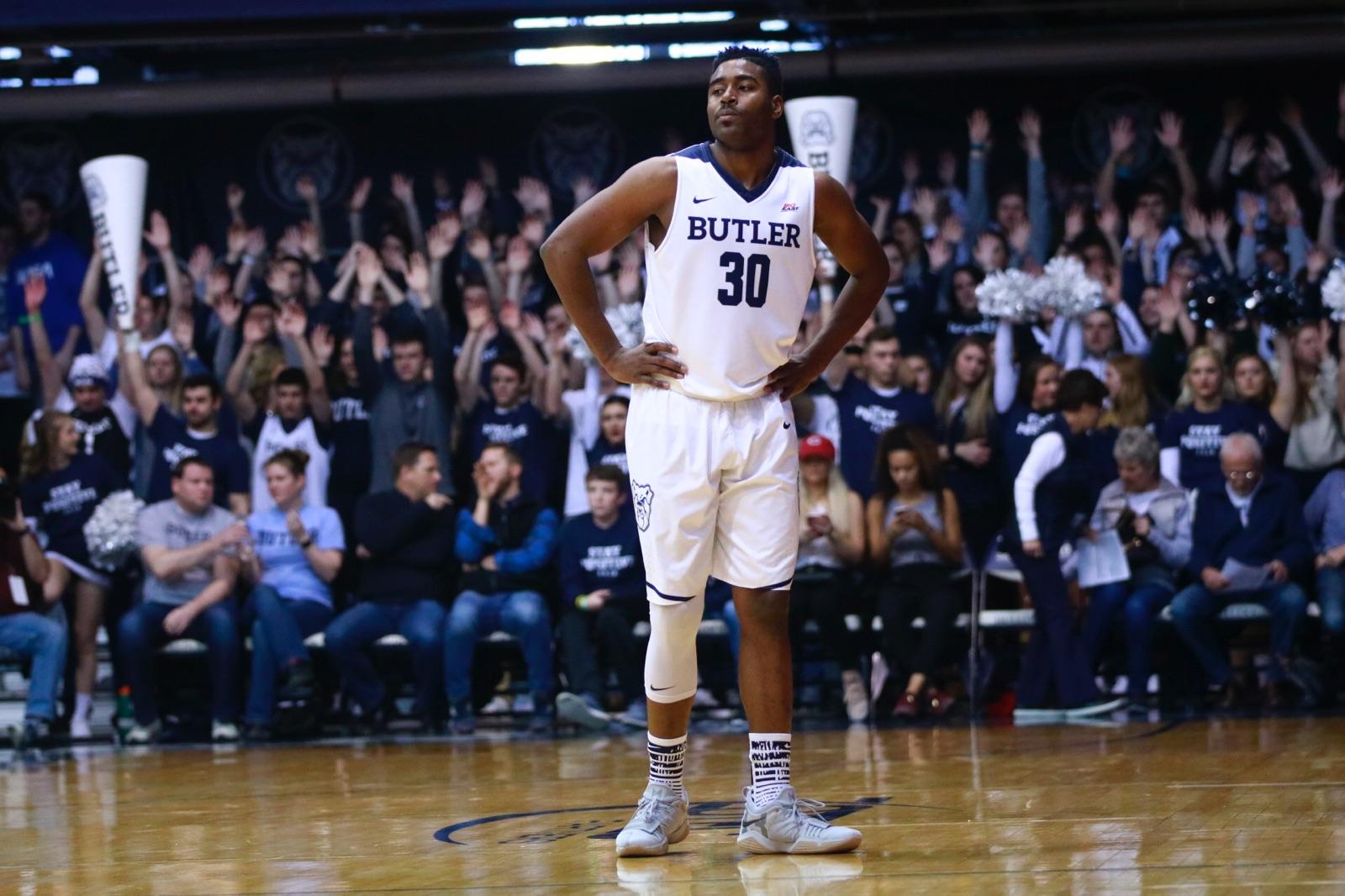 The Butler men’s basketball team continued their winning ways, cruising to a comfortable win over DePaul. It was Butler’s third straight victory by at least 20 points, which is truly remarkable. This team forced 22 turnovers and is growing more confident by the day. Here are three takeaways.

1. The Bulldogs generated offense despite a rough shooting performance in the first half.

Butler started the game 1-for-7 from the 3-point line and shot 25 percent from deep in the first half. In past contests, that has been a real warning sign for the offense. Not so in this game. Butler still scored 40 points before halftime, thanks in large part to the charity stripe. They got to the free throw line 15 times, converting 14 of them. The Bulldogs then caught fire in the second half, knocking down eight of 18 3-point attempts.

Butler’s 3-point shooting has gotten much better as the season progressed, but there are going to be games like this one occasionally. The key becomes finding other ways to score, which is exactly what the Bulldogs did. Being too reliant on the 3-pointer can be really dangerous when they aren’t falling. Butler is showing they’re not overly dependent on one offensive area, which is a great sign.

Bad games from opposing team’s best players has become the norm against Butler. Max Strus came into the game averaging 17.8 points per game, by far the most on DePaul’s team. He finished with seven points and only made one of his eight field goal attempts. Strus also had two turnovers and a single assist.

The ability to consistently take away the best player on the other team is incredibly valuable. If there was one weakness of last year’s team, it was that elite guards usually had great games against them. This year, the complete opposite is true. Both Kamar Baldwin and Aaron Thompson have the ability to take someone out of a game, giving Butler flexibility on the defensive end and making them really hard to prepare for.

3. We’re going to figure out how improved this team really is on Tuesday.

There is no such thing as an easy Big East game, but this was a very favorable part of the Bulldogs’ schedule. The opponents Butler has knocked off in this four-game winning streak are a combined 6-24 in conference play.  Putting together four consecutive conference wins is still an impressive feat, make no mistake. However, things are about to get much more difficult with Xavier and Villanova up next.

Butler is playing fantastic basketball right now, but it’s hard to tell how much of that is because of their opponents. We will have an answer when Xavier comes to Hinkle Fieldhouse on Feb. 6. The Musketeers are an elite basketball team and offer a great test for the Bulldogs. If Butler gets past Xavier, the winning streak takes on a whole new meaning and a major statement will be made about the potential of this team.