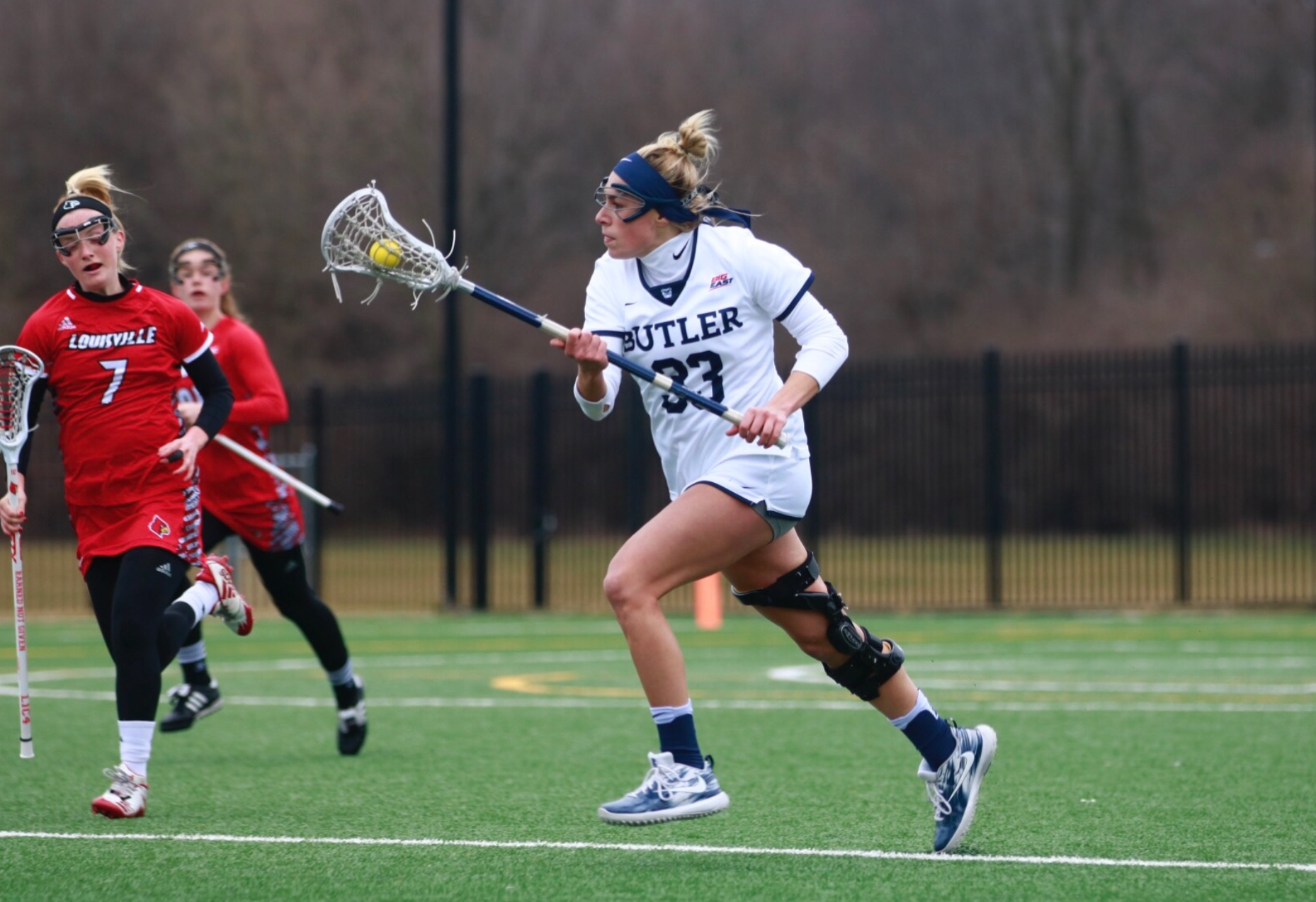 Sophomore midfielder Mary Davide rushes across the field with the ball. The Butler lacrosse team is off to a 0-2 start in their second season after losing to Louisville. Photo by Jimmy Lafakis.

The Butler University women’s lacrosse team dropped their home opener to the University of Louisville by a final score of 20-4 on Feb. 22. Four different Bulldogs scored in the match.

The Cardinals jumped out to a 6-0 lead, but sophomore attacker Journey Fischbeck countered with her first goal of the young season.

“Scoring the goal was so exciting,” Fishbeck said. “It felt like all the work I had been putting in paid off.

Louisville scored three more times after Fischbeck’s goal. Sophomore midfielder Christina Soderquist tallied her first goal of her career in the first half.

“I’ve waited 18 games for that feeling,” Soderquist said. “It was amazing.”

Soderquist gave credit to her teammates.

“Our energy before the game was the best it has ever been,” Soderquist said. “It translated onto the field at the beginning of the game.”

Two captains found the back of the net for the Bulldogs. Junior attacker Adilyn Smith added her first goal of the season, while Haley Hallenbeck found paydirt for the first time this year. The Bulldogs ended the half trailing 10-4.

“We were getting the right open looks on attack,” Hallenbeck said. “I am looking forward to getting in the film room tomorrow and improving our mistakes from practice this week.”

Butler was held scoreless in the second half. They will face Central Michigan University on Feb. 28. The road match is scheduled for 3 p.m.