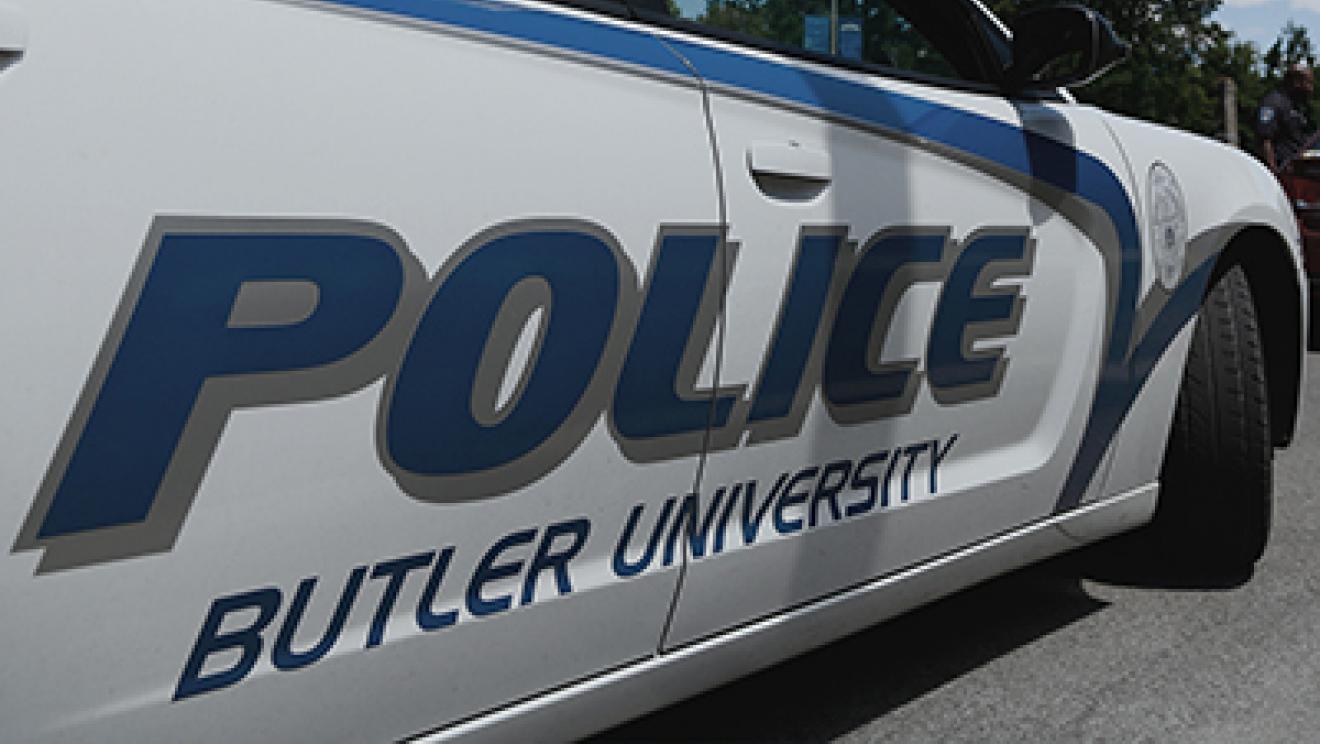 A BUPD police car parked in front of the department on Sunset and Hampton. Photo courtesy of butler.edu.

Butler University Police Department has decided to do away with the Timely Warning notification system.

According to The Butler Connection, Timely Warnings, the previous BUPD notification system, created confusion on campus and will be replaced by two new methods of communication. Dawg Watch Advisories and Messages from the Department of Public Safety went into effect on Jan. 1.

The first new notification is a Dawg Watch Advisory. This notification will be used after an event if the threat is still active on campus.

“Dawg Watch Advisories are when an event has happened but could still pose a threat,” BUPD Chief John Conley said. “They contain information that the campus community needs to know to keep itself safe. However, it’s not an imminent, ongoing threat.”

An example of a situation that requires a Dawg Watch Advisory would be an assault on campus, where the victim decided to inform authorities after the fact. BUPD would then need to decide if the information is timely and whether or not this still poses a threat to campus.

The second new notification is a Message from the Department of Public Safety. This type of notification will be used for general safety information, as well as information about an occurrence that no longer poses a threat.

For example, a Message from the Department of Public Safety would be used if an event required certain areas of campus to be closed.

The Dawg Watch Advisory notices and Messages from the Department of Public Safety will come in form of email, as opposed to Dawg Alerts coming as emails, texts and phone messages.

“Dawg Alerts is our emergency notification system that we use if something’s happening and we need to tell all our students,” Conley said. “Usually they will come with safety instructions, for example if we have a tornado.”

This can be confusing for students and the campus community, because it is stated that Messages from the Department of Public Safety relay safety alerts and non-threatening campus information.

On Oct. 17, BUPD sent out a Timely Warning to notify students of a robbery. The campus reacted with confusion as to why they were not notified immediately.

This Timely Warning was issued approximately five hours after a robbery just off campus. The time in between left students anxious and wondering what had happened.

“It was kind of scary because I got a text about it from my brother who lives on the Knoll,” Ganly said. “But I really didn’t know about it until like six hours afterwards, which is scary because it happened right behind my dorm.”

This information is an example of how the new message system is still a bit contradictory and inconsistent.

The decision to change the notification system was made by Conley in consultation with the Butler Executive Council and the Vice President of Student Affairs.

“We decided to change because what we’re doing is right, but the titles could cause some confusion,” Conley said. “What we’re dealing with doesn’t happen every day so the timeline could lead to confused students.”

Timely Warnings were confusing not only because of the title, but also because they served a purpose for after the action.

“If we go a long period of time with no Dawg Alerts issued and we send out a Timely Warning, people get confused,” Conley said. “They sometimes think that it should’ve been the Dawg Alert Emergency notification.”

Both Ganly and fellow first-year student Emma Stockrahm, a communication sciences and disorders major, were unaware that BUPD was making any changes to their communication system.

“I did not know about the new message system,” Stockrahm said. “However, overall, I feel like BUPD does a good job. I’ve heard people say in certain instances that they wish BUPD would have gotten to the scene faster, but I’ve always felt safe.”

BUPD will continue to use Dawg Watch Advisories, Dawg Alerts, and Messages from the Department of Public Safety to communicate with students and faculty.

“I’ve never felt like I was in danger, I feel very safe at Butler walking around campus,” Stockrahm said.