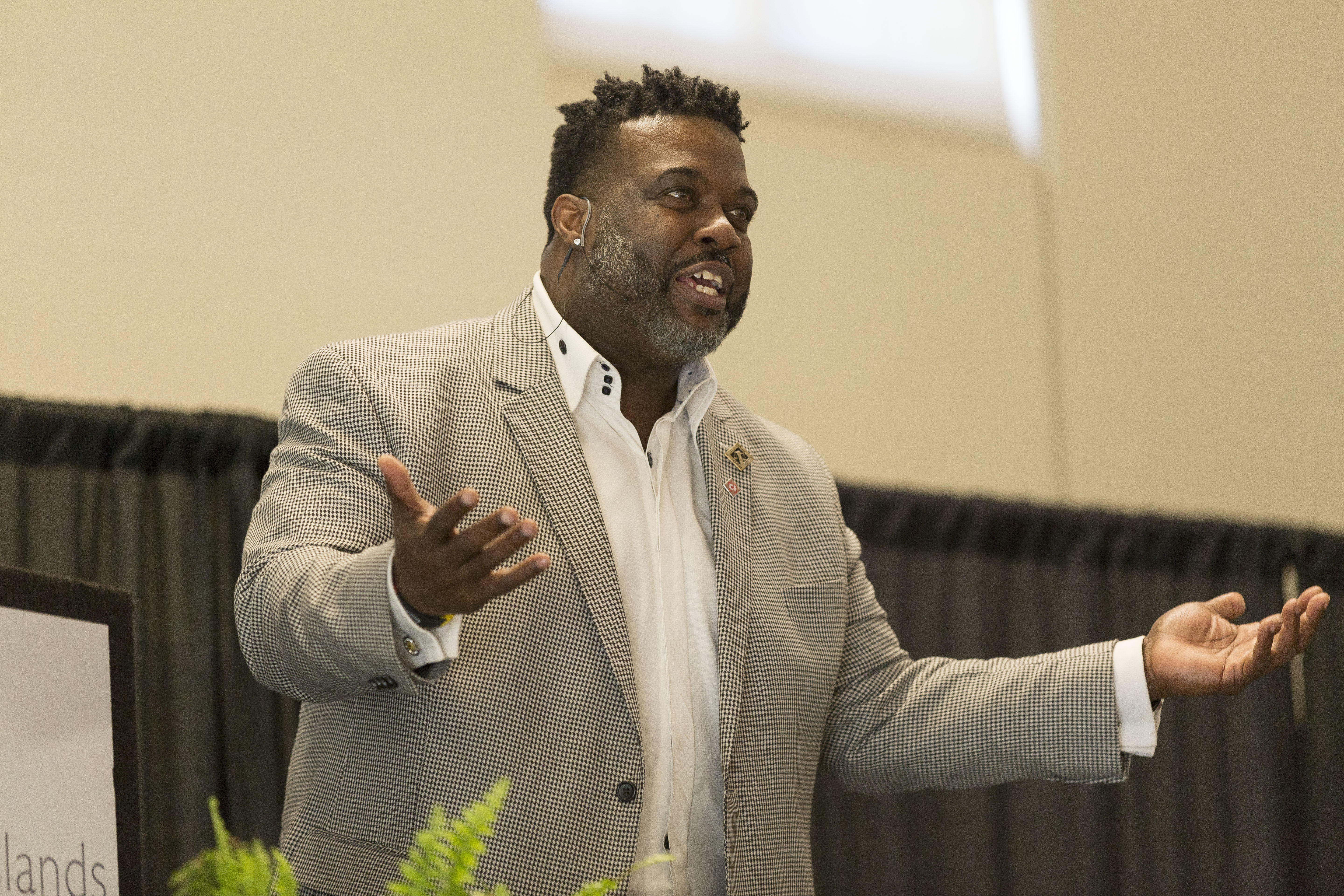 Jamie Washington at a speaking engagement in February 2016. Photo courtesy of Flickr.

Reverend Jamie Washington will present “Diversity and Leadership in the 21st Century” as a part of Butler’s Diversity Lecture Series.

Washington is an internationally recognized trainer and presenter on diversity, leadership and organizational change. He has extensive experience in both public and private sector leadership development, particularly on issues of racism, sexism, homophobia and religious conflicts. His most recent work has been a series of seminars and keynote presentations in South Africa.

Butler is no stranger to the topic of diversity and the need for it not only on campus, but also nationally.

“This year, as we look to the mission of the Diversity Lecture Series in the context of larger, national and international conversations, we include programs and engagement opportunities around the theme of ‘Civil Discourse in a Global Society,” the Butler website reads. “Through thoughtful events and dialogue, we strive to help bridge the political divide and uncover common ground within our community and beyond,”

Washington has served in higher education for more than 33 years as an educator and administrator, teaching in both sociology and women’s studies.

He is currently the president and founder of the Washington Consulting Group, a multicultural organizational development firm in Pikesville, Maryland.

In 2015, WCG was named one of the “Top 10 Global Diversity Consultants in the World” by the The Economist.

Taylor Leslie is a senior international business major and a SGA Diversity and Inclusion board member. She is a major advocate for the push for bringing in new kinds of speakers to be available for Butler students.

“I think it’s great that he’s coming to Butler because if we’re going to make diversity and inclusion a priority on our campus then we need to bring speakers and guests who reflect this agenda,” Leslie said.

Washington earned a bachelor’s degree from Slippery Rock State College, double Masters’ of Science degrees from Indiana University, and a Ph.D. in College Student Development from University of Maryland College Park. He also earned his Masters of Divinity from Howard University School of Divinity in Washington D.C.

Washington was most recently awarded the Legends of Excellence Award from the University of Maryland Baltimore County for his contribution to the lives and education of African-American and Latin faculty, staff and students.

“I think it’s exciting that he’s doing a lecture and a training session the following day because it gives members of the Butler community the opportunity to have conversation on a topic that many find uncomfortable and also a chance to know how to effectively have these conversations,” Leslie said.

Butler has made big efforts to reinforce the institution’s prime and founding principles and, by bringing in more figures who exemplify this, the school hopes to reach out to all current and prospective students from across the country.

“We are a nation built of complexity and compromise. Understanding the vast and varied cultures, opinions, perspectives and experiences of others is imperative to understanding our community as well as our country.” the Butler website also reads.

Butler acknowledges their role as an institution and that Washington and the Diversity Series is an opportunity to act upon the schools morales and ideals.

“This immutable truth is inherent in Butler’s founding ideals of inclusivity and diversity and its educational mission, which includes, “creating and fostering a stimulating intellectual community built upon interactive dialogue and inquiry.”