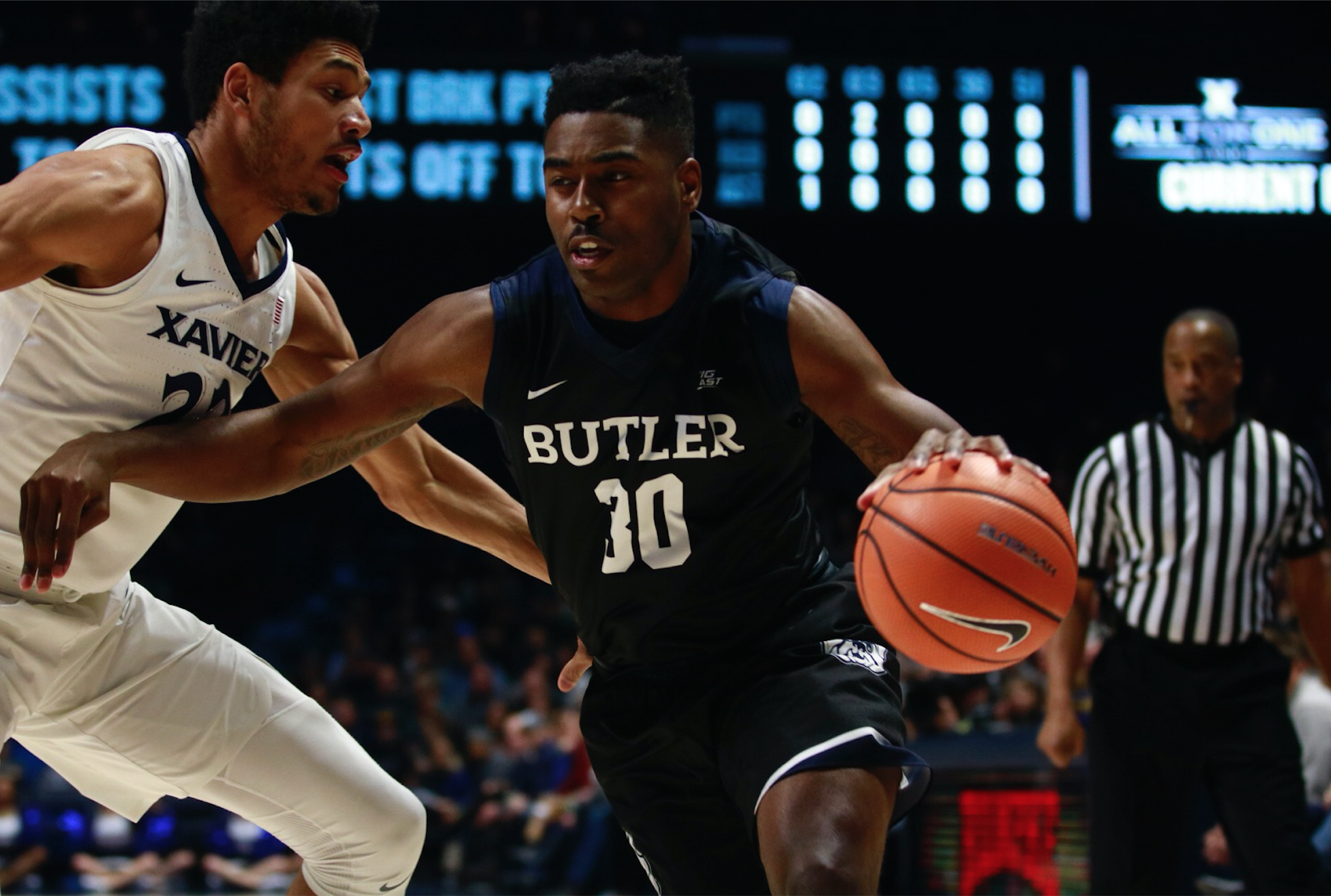 Kelan Martin drives past a defender in the Butler vs. Xavier game on Jan. 2. Butler is 12-4 overall and 2-1 in the Big East. Photo by Jimmy Lafakis.

After defeating No. 1 Villanova in an upset days earlier, Butler‘s hopes of defeating two top-ranked teams in consecutive games fell through with the 86-79 loss against No. 5 Xavier. With the win, Butler’s Big East record drops to 2-1, and 12-4 overall.

Under siege by a quick 15 points from Xavier’s J.P. Macura, Butler nonetheless managed to keep the game close, 44-36 through the first half. Kelan Martin and Kamar Baldwin scored 13 and 11 points respectively, while Paul Jorgensen used a 3-pointer to pull the Bulldogs within 1 at the 2:58 mark. However, Xavier would go on a 9-1 scoring run to close out the half.

Butler stuck around, never letting Xavier run more than a 14-point deficit in the second half. The Bulldogs finished shooting 41 percent from the field compared to Xavier’s 45 percent. Both teams were fairly matched in rebounds, 47 for Xavier and 43 for Butler. Sean McDermott led the way with 11 rebounds for his team.

Baldwin racked up 28 points, including a 3-pointer to cut the deficit 79-74 with just over a minute left.

The final numbers from tonight. Kamar Baldwin led the Dawgs with 28 points. pic.twitter.com/Mr0McasUJi

In the end, it was the Musketeers’ free throws that gave them an edge. Xavier converted 37 free throw attempts for 24 points. Butler, meanwhile, had just eight appearances from the line to lend six points.

By facing Villanova and Xavier, it marked the first time in program history that Butler has played top-five ranked teams in consecutive games. The last time Butler faced top-10 teams was in the 2010 NCAA tournament.

Some highlights from tonight… pic.twitter.com/XG9hrtbInv