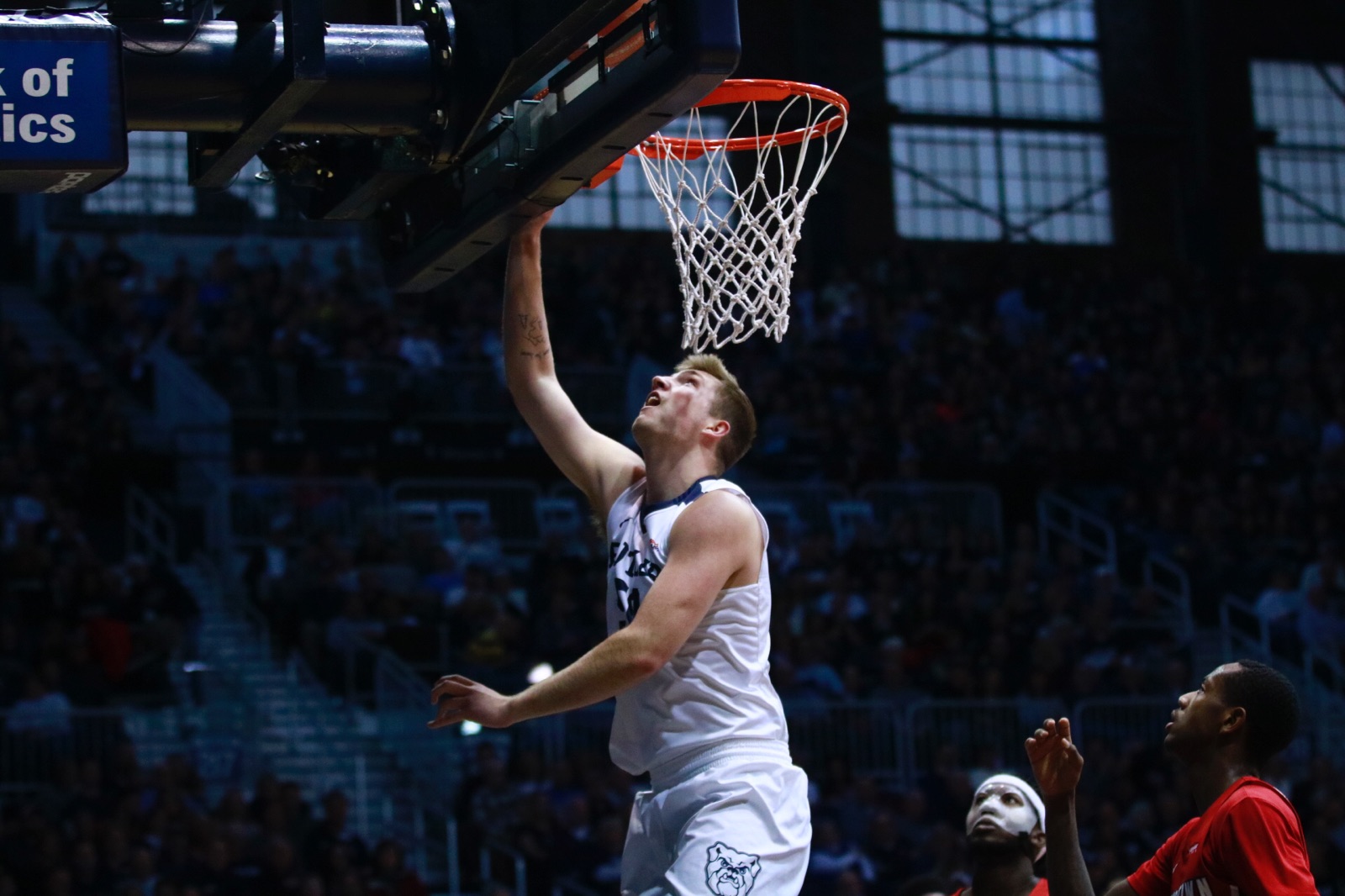 Joey Brunk puts in a layup for Butler. The Bulldogs will face Xavier (14-1) on Jan. 2 in what will be a challenging matchup against a top-ranked team. Collegian file photo.

After beating the No. 1 team in the country, the Butler men’s basketball team gets a breather, right? Wrong. The Bulldogs now take the short bus ride over to Cincinnati, Ohio to take on yet another top-five team in the country. This time it’s the Xavier Musketeers. Xavier enters the game 2-0 in Big East and 14-1 overall. Their lone loss came against the Arizona State Sun Devils, who are now a top-10 team in America. Butler swept Xavier in the regular season last year, but the Musketeers got revenge in the Big East tournament.

Get down from the clouds Bulldogs. Now.

When you beat the Villanova Wildcats, you have to celebrate a little. But the celebration is over, because here’s the reality of the situation for Butler: they are only two games into the Big East schedule, they only have one win against a projected tournament team at the moment and they are right in the middle of playing the four best teams in the Big East in four consecutive games. It’s time to get back to work. Knocking off the number one team in Hinkle is impressive, but in many ways it won’t be the toughest game of the week. The Musketeers are fifth in the country and have the home court advantage. They have arguably the best scorer in Trevon Bluiett and a veteran in J.P. Macura to round out one of the best backcourts in the Big East. The Villanova win was incredible, but it’s just the beginning. There’s still a long way to go.

Don’t get too caught up in last game’s performance from beyond the 3 point line.

The Bulldogs went 15-22 from beyond the arc on Saturday. But the percentage was good because the shots were good. Butler moved the ball better than they had all year. For the most part, the 3s they were getting were because the Nova defense was not responding to the pressure Butler was putting on them. The 3s were wide open, good shots. Except maybe for this one…

Play of the year: Paul Jorgensen hitting this shot from the parking lot  pic.twitter.com/Fx9wtNGS7i

That level of shooting can be achieved again, but it comes from ball movement that makes the defense move, not from taking contested jumpers.

The senior guard is averaging 19.7 PPG as well as six rebounds and 3 assists. When he is playing well on the offensive end, the Musketeers are very tough to beat. In their only loss of the season, Bluiett had only 11 points to add to the offensive effort and he did it with no efficiency, going 4-for-10 from the field. Similarly, in their last game, where Xavier struggled against a less talented DePaul team, Bluiett went 4-13 from the field. Forcing Bluiett into tough shots takes the efficiency out of him and the Xavier offense as a whole, but if he gets going, he has the ability to drop 30 points in a heartbeat.