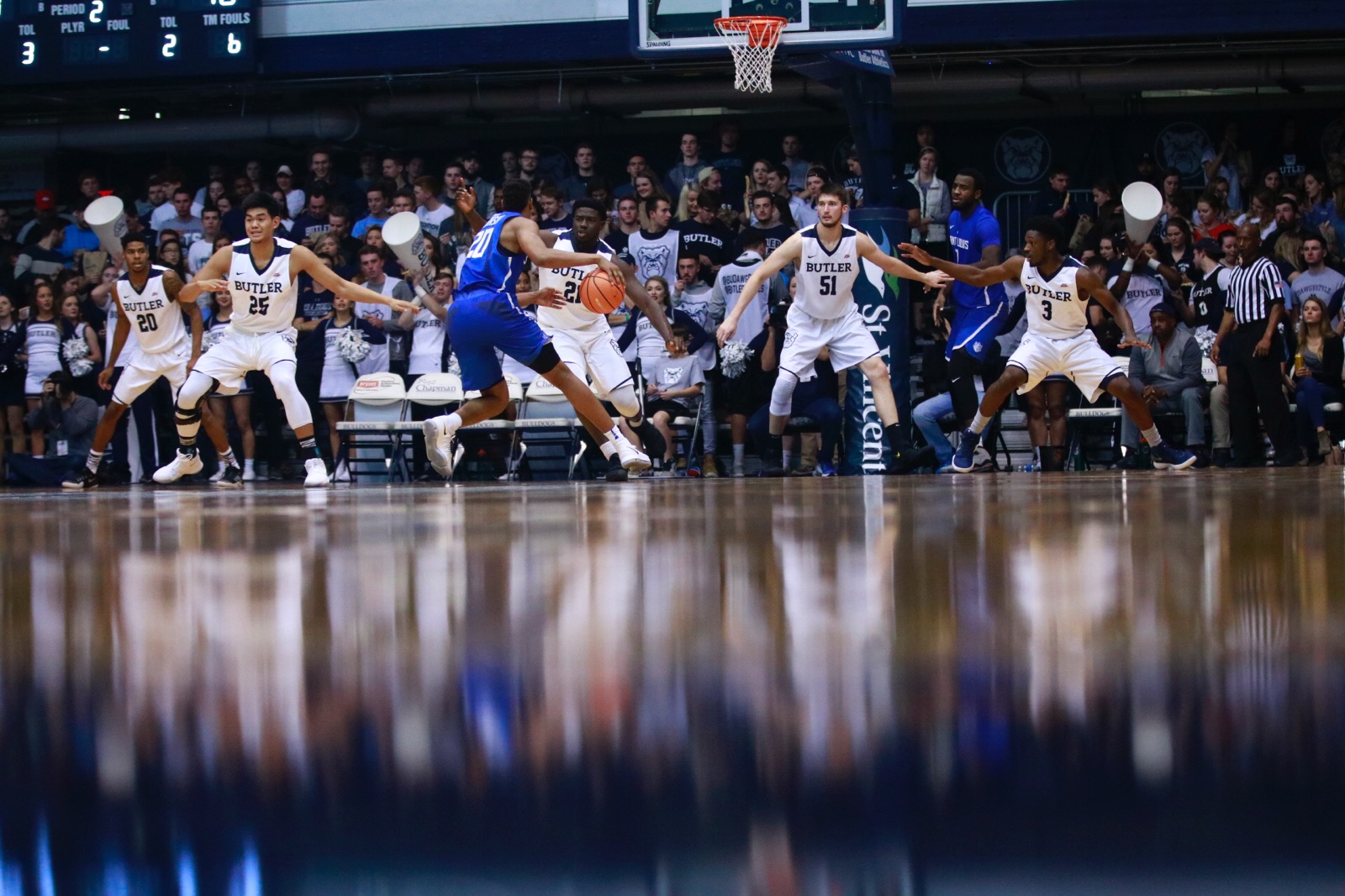 A fresh perspective from Hinkle’s courtside. Butler is 2-3 in Big East play after the road loss to Creighton on Jan. 9. Collegian file photo.

In what may be the most difficult leg of Butler’s conference schedule, the worst is seemingly over. After facing three straight ranked opponents (No. 1 Villanova, No. 5 Xavier, No. 21 Seton Hall), the Bulldogs concluded the stretch with an 85-74 loss at No. 25 Creighton on Jan. 9.

With the loss, Butler’s overall record shifts to 12-6 and 2-3 against Big East teams. This is the program’s third straight loss since defeating No. 1 Villanova at the end of December.

Led by Marcus Foster with 21 points in the first half, the Bluejays outpaced Butler to a halftime score of 49-32. Both teams traded baskets early on until Creighton ran rampant on a 22-6 run for the decisive lead.

A Creighton 3-pointer in the early minutes of the second half pushed the deficit to 18 points, the largest of the night. The Bulldogs whittled the gap down to six points in the final three minutes of the game before Creighton pulled away for good.

Shooting from the arc proved to be a challenge for Butler on the road, as they made just four 3-pointers, two in each half. As a team, they were 47 percent from the field. Creighton’s offense was good for 54 percent.Paul Jorgensen led Butler with 18 points, followed by Kamar Baldwin (15) and Aaron Thompson (12). Kelan Martin was 5-for-12 with 10 points. The night marks the first time the senior has scored less than 20 points since the Crossroads Classic mid-December.