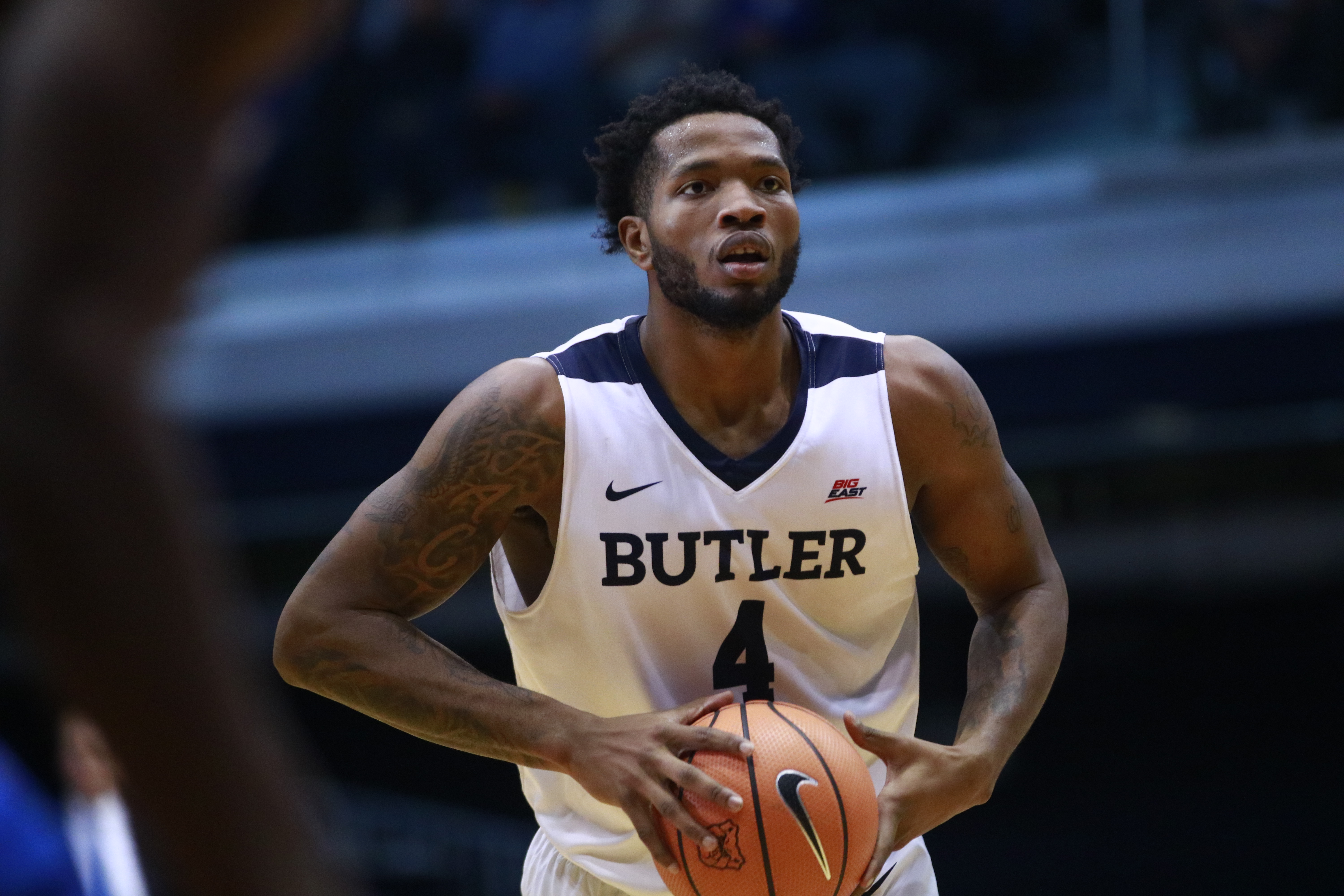 Tyler Wideman looks for the open pass during the Butler loss against Seton Hall on Jan. 6. Butler is 3-4 in Big East play. Collegian file photo.

Who: Butler vs. DePaul

After a road loss at Providence, the Butler men’s basketball team sits in seventh in the Big East conference with a record of 3-4. Butler heads down the road to Chicago to face the DePaul Blue Demons who are 1-6 in conference play. Both teams have hit a dry spell, losing four of their last five games. Here’s what you need to know as the Bulldogs try to return to their winning way in the Windy City.

Take advantage and get a road win.

There won’t be many games during conference play when Butler is favored on the road. The Big East is just too good this year for that to happen on a regular basis. However, Saturday will be one of those rare cases. The Blue Demons have struggled mightily in conference play and Butler outclasses them at most positions on the floor. Butler needs to get back on the right path and doing that on the road will add even more momentum as they return to Hinkle Fieldhouse for their next competition against St. John’s. Butler gave one up inside Hinkle, now it’s time to even the score and get one on the road.

While the Blue Demons rank in the bottom half in the country in scoring, they bring a balanced offensive attack to the table. DePaul has four scorers in double figures led by junior guard Max Strus who is averaging 18 points and five rebounds a game. Eli Cain is also scoring in double figures for the Demons. The last time the Bulldogs were on the road at DePaul, Cain scored 32 points and went 6-of-11 from the three-point line. He backed up that performance with 24 points inside Hinkle Fieldhouse. Cain has a knack for putting up numbers against the Bulldogs.

This is not a secret, but has been blatantly obvious after the last two contests. Martin went from a career-high, 37-point game to a six-point game on 3-of-14 shooting. It took him only 17 shots to get 37 points and on a similar note the Bulldogs shot 60 percent as a team from the field. On the opposite end of the spectrum, the Bulldogs shot just under 35 percent when Martin struggled against Providence. The offensive efficiency begins and ends with Martin. His success opens up the floor for every other Butler scorer on the offensive end.