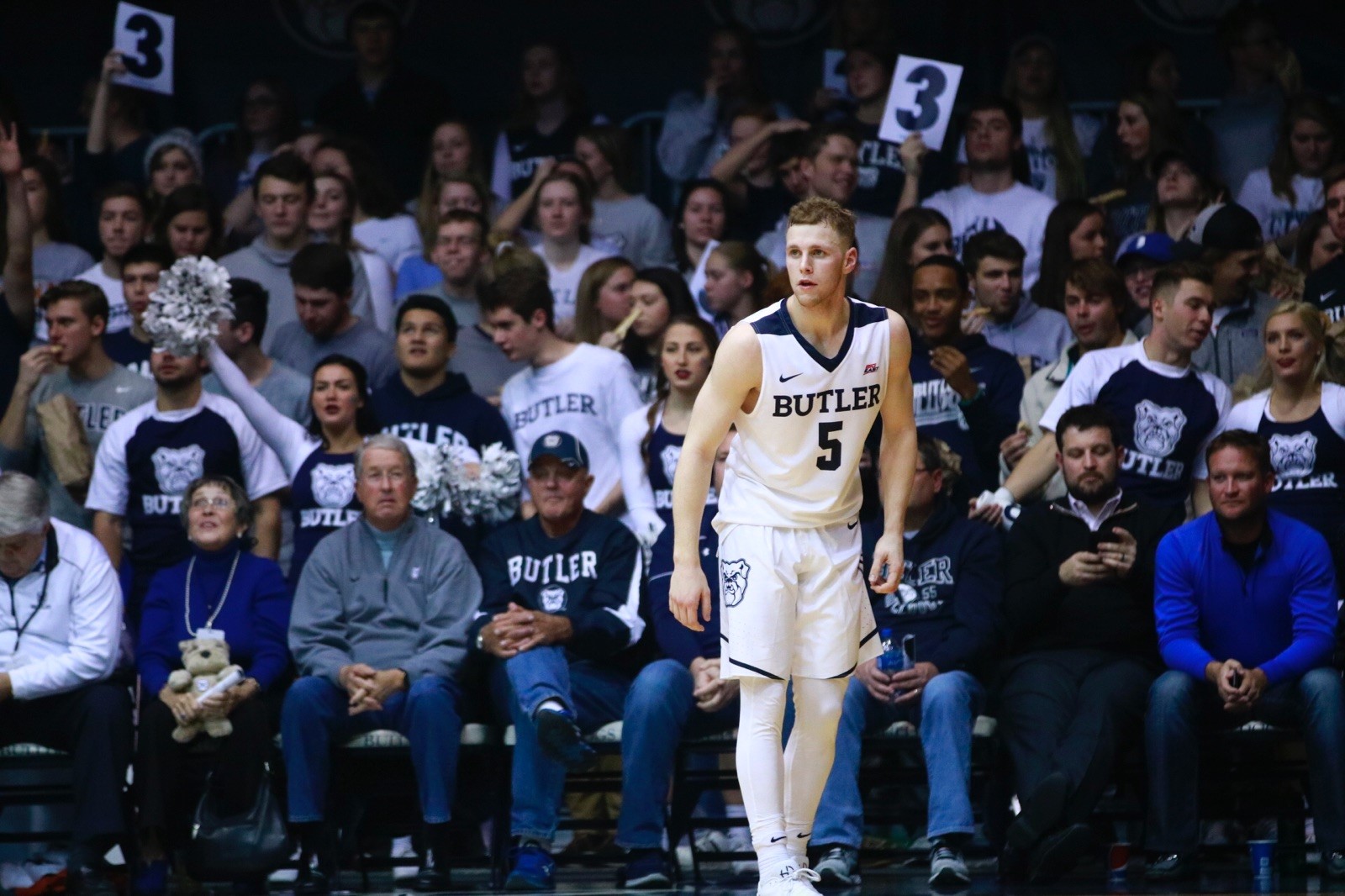 Paul Jorgenson waits for the approaching offense during the Utah game on Dec. 5. Butler has won 40 straight nonconference games in Hinkle since 2012, a streak they hope to continue against Youngstown State. Collegian file photo.

Who: Butler vs. Youngstown State

The Butler men’s basketball team goes toe-to-toe with Youngstown State after a big nonconference win against the Utah Utes. That win extended the program’s nonconference home wins to 40, a mark that started in 2012 and trails only Duke and Arizona. The Bulldogs are winners of four straight behind three consecutive 20-point games from first team All-Big East selection Kelan Martin. The Penguins visit Hinkle Fieldhouse 2-7 after dropping their last five games. Here is what you need to know as Butler looks to extend their winning streak to five games.

Coach Jordan on the challenge that Youngstown State brings to Hinkle on Saturday.. pic.twitter.com/s1F1R85J8A

Youngstown State is not a good defensive team. After nine games, the Penguins are 331st out of 351 Division I basketball teams in points allowed per game. The Bulldogs have been efficient on offensive the past two games. If they keep the ball moving and continue to get good production from all corners of the court, they should be able to walk away with a win on Saturday.

Make Youngstown State earn it at the free throw line

As bad as the Penguins are defensively, they are just as bad from the free throw line. Youngstown State is tied for 317th in the country shooting only 60 percent from the charity stripe. Individually, the Penguins have seven different players shooting less than 60 percent from the line. Usually, defending without fouling is a key for the Bulldogs. However, considering the stats, it might be OK to be more aggressive on the defensive end and make Youngstown earn it from the line.

Keep the engine that is Kelan Martin going

Martin has scored 20 points or more in each of his past three games. He’s also pulled down 10 or more boards in his last two. Martin is playing his best ball of the season shooting 53 percent from the field during the team’s current four-game winning streak. The Purdue Boilermakers and the Crossroads Classic are on the horizon for Butler and another dominant performance for Martin could increase his confidence even more.