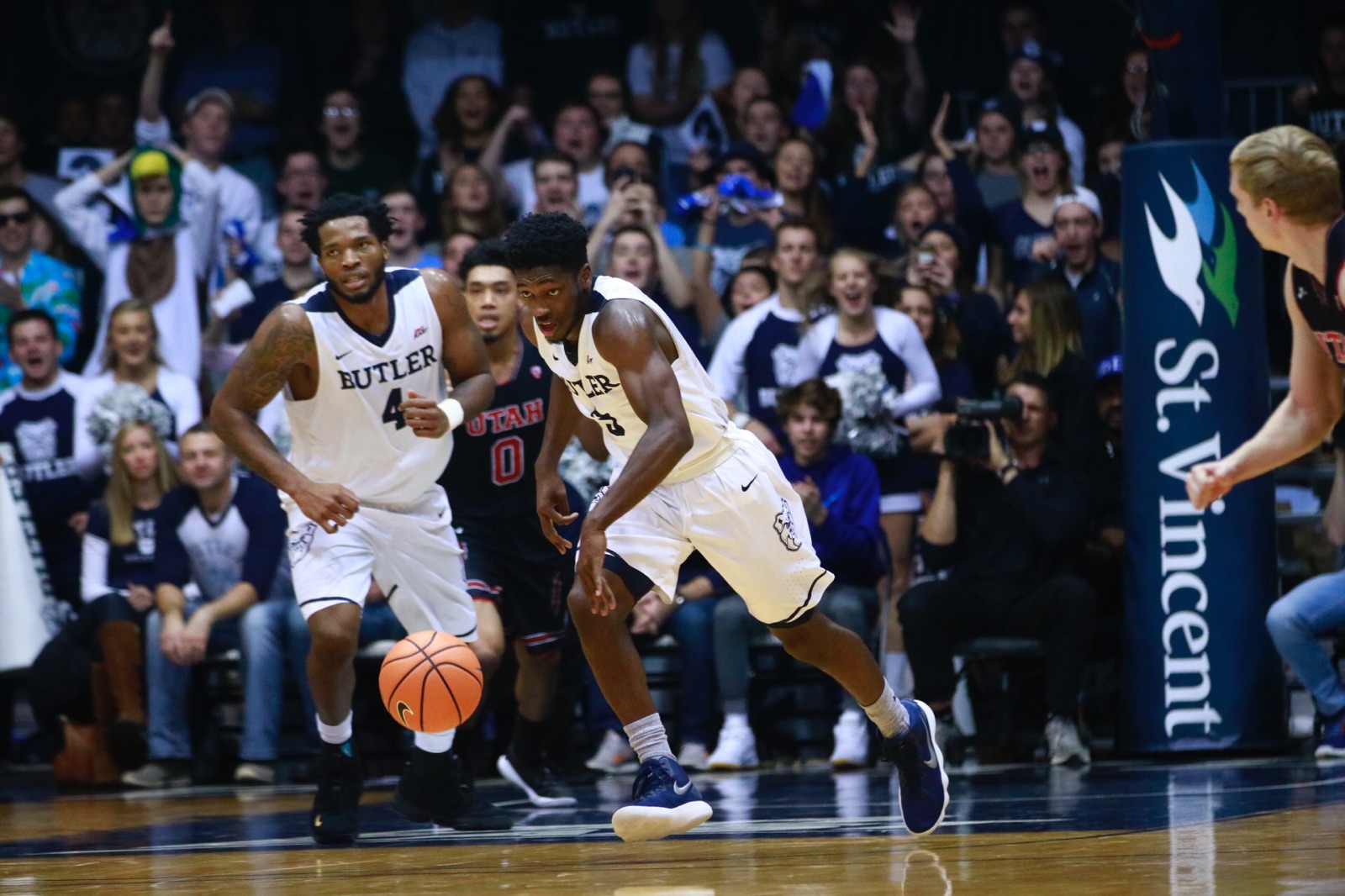 Kamar Baldwin grabs the ball while Tyler Wideman and the Dawg Pound watch from behind. Butler kept their non-conference win streak alive with the 81-69 win over Utah. Photo by Jimmy Lafakis.

Another one. Butler picked up another good win in Hinkle as they hosted Utah for a late game Tuesday night. And how about Kelan Martin? 1,440 career points and a three to seal the deal for the Bulldogs. Fans love Martin and the Dawgs, and they showed their love on Twitter after the game.

KELAN WITH THE FINISHER! pic.twitter.com/7gJ8EqYh7p

Utah with a respectful score of 69… but Kelan “3 more” Martin was on a mission tonight #dawgsgottaeat pic.twitter.com/nBkeTFWqkF

Halftime score wasn’t looking like it would happen, but folks, we got #LEMON80 ? @PennStationSubs pic.twitter.com/uYFNEDJOmM

How I’m feeling after that Tuesday night W @ButlerMBB pic.twitter.com/kSR4ondt09

Ha yeah they did.

Enjoying a @ButlerMBB game as a fan with @wilsontdenari. First chance to see @LaVall_Jordan and his ‘Dogs live and in-person. pic.twitter.com/x1CYJyG9Sa

Butler basketball is so back

Good vibes all around.

A Butler win gets you hype.

Bench up and hype after @kelan30_ throws it down with authority. #DawgDunk pic.twitter.com/6FakIhnStz