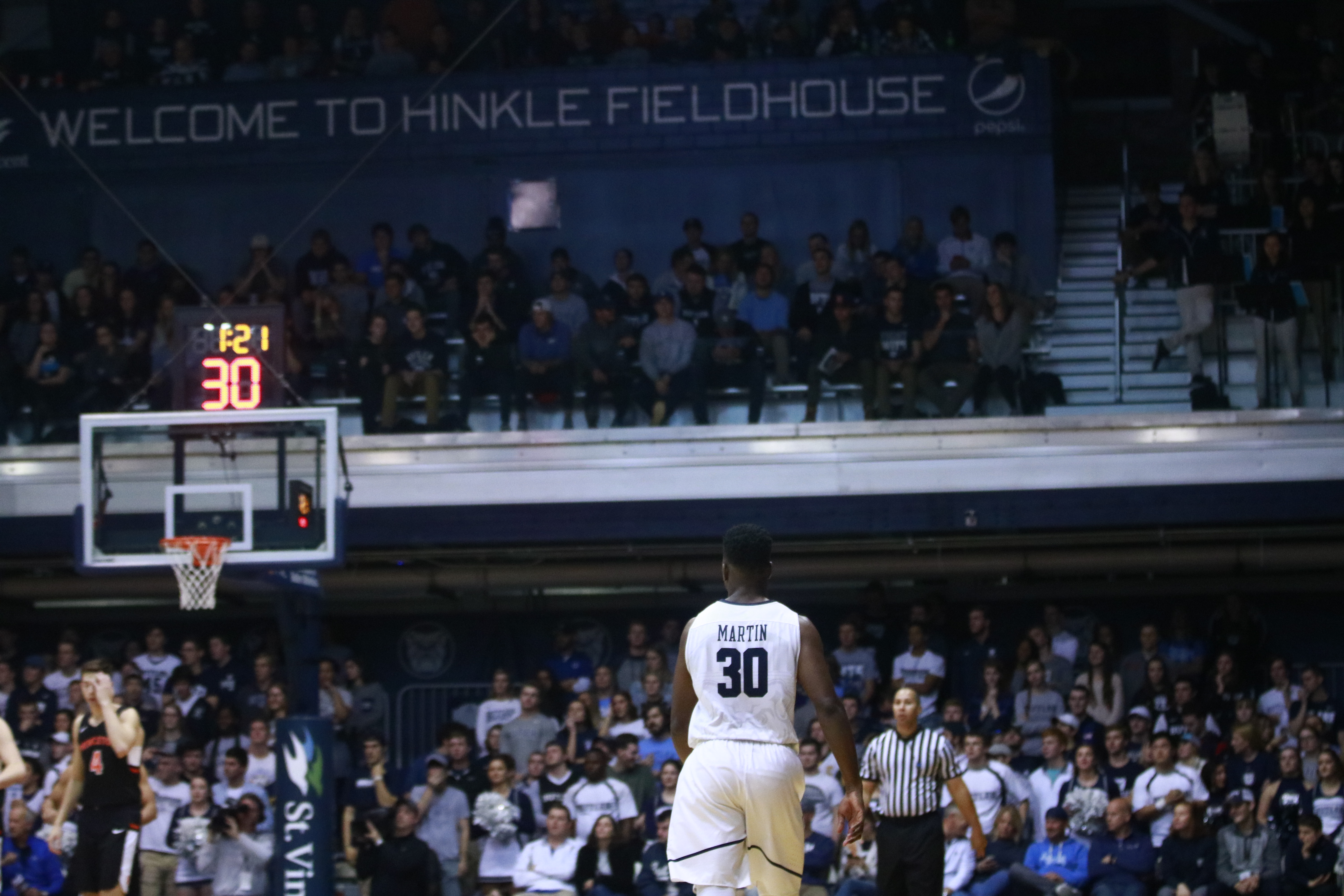 Kelan Martin walks down the court against Princeton on Nov. 12. Collegian file photo.

Butler’s men’s basketball team suffered its first defeat of the season on the road against the Terrapins. Despite Maryland’s 20 turnovers, Butler was never really able to get its offensive attack going. Here are three takeaways.

In order for this team to reach its full potential, Martin has to be way more involved. He is Butler’s best scorer and needs to be the focal point of the offense. Martin finished with a season-low 12 points and never found a rhythm. Butler is at its best when Martin is being aggressive and taking smart shots; neither happened against Maryland.

2. This team needs much better ball movement to be the best version of itself offensively.

Excluding Aaron Thompson and Kamar Baldwin, the Bulldogs had exactly one assist. On a related note, Butler shot 34 percent from the field. For a second straight game, Butler relied heavily on isolation and struggled to create for each other. Against quality opponents, it is really hard to win games without sharing the ball.

There were way too many occasions where Butler players looked to do everything themselves, resulting in bad shots. The point guards did a decent job of creating for their teammates but they need help. With Martin being the only elite scoring threat Butler has, it becomes even more important to get easy shots and set up teammates.

3. The Bulldogs were outplayed in the backcourt, spelling danger in the future.

With games against the likes of Texas’ Andrew Jones, Villanova’s Jalen Brunson, Xavier’s Trevon Bluiett, Shamorie Ponds and Marcus LoVett of St. John’s, Purdue’s Carsen Edwards, and Creighton’s Marcus Foster, this is a major concern. The Terrapins’ guards are very good, but not the best Butler will see. Containing opposing guards is key for the Bulldogs defensively moving forward.